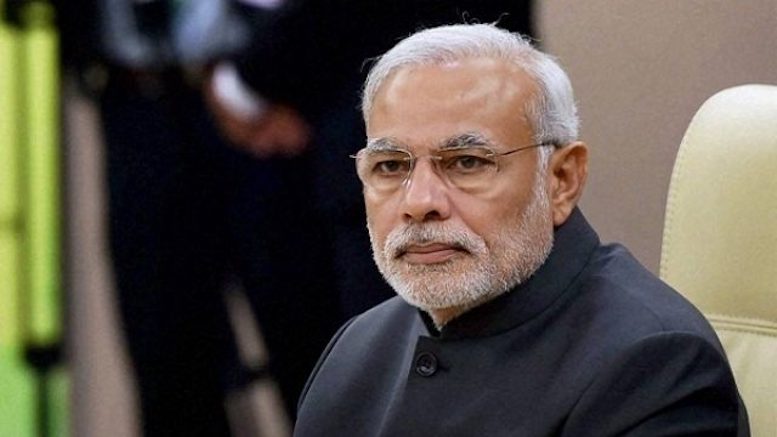 Union Minister Hardeep Singh Puri today announced on twitter that in a ‘landmark’ decision, the government has decided to shift all Rohingya ‘refugees’ to EWS (Economically Weaker Section) flats in Bakkarwala area of Delhi, where they will be provided basic amenities, UNHCR (United Nations High Commissioner for Refugees) IDs and round-the-clock protection by Delhi Police.

Puri went on to add, “Those who made a career out of spreading canards on India’s refugee policy deliberately linking it to #CAA will be disappointed. India respects & follows @UN Refugee Convention 1951 & provides refuge to all, regardless of their race, religion or creed.”

As per reports, it seems that around 1100 Rohingyas living in tents in Madanpur Khadar area of Delhi will be shifted to the EWS flats in Bakkarwala (western Delhi). The decision was reportedly taken after a high-level meeting over the accommodation of Rohingya in the national capital was held. The Delhi government was bearing around Rs 7 lakh per month rent for the tents where Rohingyas are currently living.

The Social Welfare department of the Delhi Government has been ordered to ensure ‘basic facilities’ like a fan, three times meals, landline phone, television and recreational facilities in the new campus for Rohingyas.

The Rohingya crisis has existed for over a decade, but their exodus from Mynamar’s Rakhine region exploded in August 2017 after the jihadi group ARSA started a terror campaign targeting Myanmar border guards, and non-Muslims like Hindus, Buddhists and other indigenous people. Over 100 Hindus were murdered in cold blood by Rohingya Islamists and buried in mass graves, and many women were abducted, forced to convert to Islam and marry Muslim men. Some of the horrific tales can be read here. These events led to a brutal retaliation by the Myanmar Army, driving lakhs of Rohingyans to flee to Bangladesh, Bharat and other countries.

As per ‘official’ accounts, 40,000 illegal Rohingyan immigrants live across Bharat, half of whom are registered with UNHCR. Ever so often, there are reports of crimes involving illegal Rohingyan and Bangladeshi immigrants. In recent months, authorities have busted criminal gangs working to infiltrate them from our porous eastern border and settle them in the heartland after fraudulently arranging IDs and other documents.

Its not just ordinary Bharatiyas who are against allowing Rohingyas to settle. Bangladesh, which has the highest number of these immigrants (around 1 million), recently moved many of them to a remote island and is exploring ways to deport them at the earliest. So too are richer Islamic nations like Saudi Arabia and Malaysia. Rohingya camps in both Bangladesh and Bharat have become hubs of criminal activities and radicalism, and sources of increasing conflict with locals.

The decision of the government to settle Rohingyans in EWS flats and provided amenities and security has angered many, especially given the squalor and inhuman conditions in which most Pakistani Hindu refugees live in Delhi. This writer has visited the Adarsh Nagar camp and seen first hand how ~ 800 Hindus live in ramshackle tents and huts, without proper electricity, water or sanitation, and under threat of eviction.

One of the main campaign promises of BJP was to enact laws to settle the persecuted Dharmics from our neighborhood’s Islamic nations. And hopes were high when the govt. finally passed the much-awaited CAA law in Dec 2019. But inexplicably, that law has gone into cold storage and laws for its implementation have not been framed.

Of course, the powerful Hinduphobic elements in Bharat’s polity have left no stone unturned to oppose the humanitarian CAA as a ‘communal’ law, and several petitions against it have been lodged in Supreme Court. These same elements, which includes senior lawyers like Rajeev Dhawan and Prashant Bhushan, have flooded petitions in support of Rohingyans and have been entertained on priority basis by our Supreme Court and judges like DY Chandrachud.

Shockingly, when someone approached Delhi High Court to get electricity and water connections for the Pakistani Hindu refugee camp at Adarsh Nagar, the Centre refused to hear the desperate pleas and told the court that the Camps are ‘illegal’ and ‘encroached’ on defence land! Meanwhile, Bangladeshi camps situated next to the rudimentary Hindu settlement reportedly boast of concrete structures, electricity and even air conditioners!

The situation is no different in other camps in Delhi like the Majnu-ka-Tila one.

“We haven’t received any help, not even water and electricity. We feel betrayed. We have no compassion left in us anymore, because nobody has shown compassion to us here. Only a caged bird can feel the pain of being caged,” said Radha Solanki (52), who moved to Bharat from Pakistan nine years ago and lives at Majnu-ka-Tila, while talking to PTI last month.

It is possible that today’s announcement by Hardeep Puri is a measure to ensure that CAA is not struck down by the courts on grounds of ‘unequal treatment of refugees’. On the flip side, now that all these immigrants will be provided UNHCR refugee IDs, it will become that much more difficult to deport them as per due process. There is also some speculation that this decision is the outcome of pressure by UNHCR and US-based anti-Hindu lobby groups.

But one thing is indisputable. The refugee status and amenities that the centre has now declared it will provide to Rohingyans is something that has been denied to Pakistani Hindus. HinduPost spoke to activists Hariom Sahoo and Rana Ranjeet Rai working with Pakistani Hindu refugees in Delhi and Jodhpur respectively, and they were unanimous in saying that the persecuted Hindus would love if similar refugee status is given to them too, while they await the implementation of CAA.

Right now, these Hindus live in a limbo. Many are staying on long-term visas (LTV) or trying to get their pilgrim vias converted to LTV. Those with LTV manage to get certain documentation like Aadhar and PAN and work permits for private jobs, at best. Their children struggle to get admission in government schools. Legal electricity and water connections are denied to their camps.

In many places they are looked upon suspiciously by local authorities and sometimes forcefully deported. But they get minimal benefits from the state, as they are neither citizens nor refugees. Some of them did appeal for refugee status but were refused as government sources told them ‘something big’ (CAA?) is in the works. An online seminar organized by shed light on some of the bureaucratic hassles these refugees face.

One activist we spoke to gave an example of red tape – those who arrived before 2015 can get their LTV extended even if their Pakistani passport has now expired. Others have to first get their Pakistani passport renewed. For this they have to visit the Pakistan High Commission in Delhi and pay a hefty sum, which is usually impossible for poor families struggling to eke out an existence.

The harsh truth is that hundreds of refugees have been forced to return to Pakistan due to uncertainty and impoverished living conditions in Bharat.

So at the bare minimum, if CAA is not going to be implemented anytime soon, the Pakistani Hindu refugees should be granted refugee status and equal treatment as Rohingyans. If the Modi government doesn’t act soon, they risk a serious erosion in the enthusiasm of their cadre as disillusionment is setting in seeing the government go on the backfoot on various issues over the last 2+ years.

One more learning for Hindus is that we need Hindu organizations at all levels, especially religious, to educate the masses on these issues and start putting pressure on the secular state. Mere cultural nationalism is apparently not enough to get the Hindu voice heard in corridors of power.

4.15 PM, August 22: HMO (Home Ministry) has now clarified that what Minister Puri said is not correct. They have clarified that Ministry of Home Affairs (MHA) has not given any directions to provide EWS flats to Rohingya illegal migrants at Bakkarwala in New Delhi. The Rohingyas will continue to stay in their present location which will act as a detention centre until their deportation.