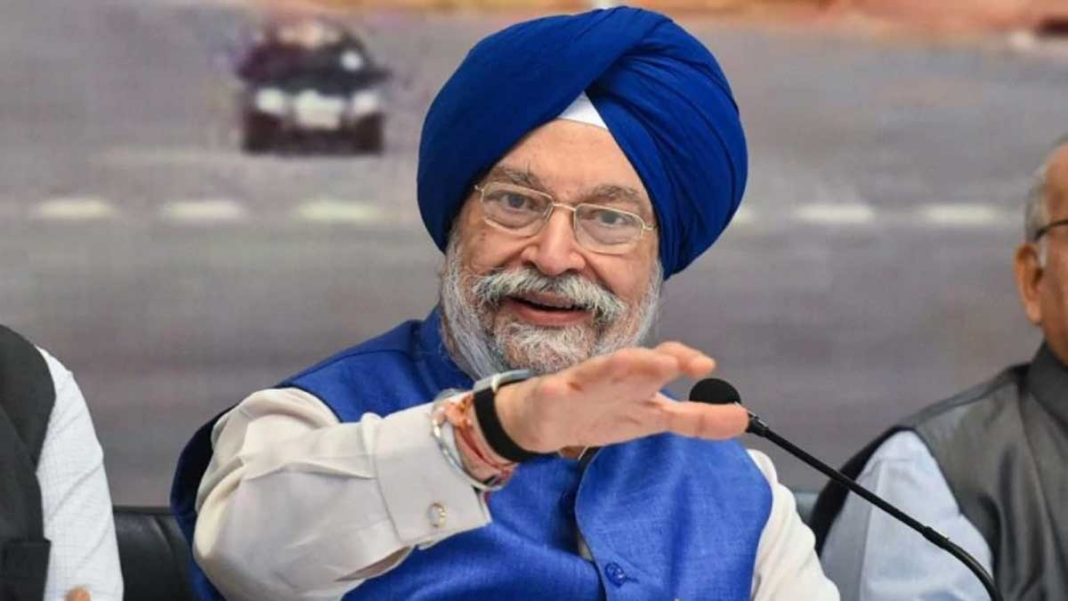 The Home Ministry has issued a swift rebuttal to an announcement earlier today by Union Minister for Housing & Urban Affairs, Petroleum and Natural Gas Hardeep Puri.

Puri had tweeted at 7.32 AM today morning “In a landmark decision all #Rohingya#Refugees will be shifted to EWS flats in Bakkarwala area of Delhi. They will be provided basic amenities, UNHCR IDs & round-the-clock @DelhiPolice protection.”

But now in a series of tweets, the HMO (Home Ministry Office) has clarified –

With respect to news reports in certain sections of media regarding Rohingya illegal foreigners, it is clarified that Ministry of Home Affairs (MHA) has not given any directions to provide EWS flats to Rohingya illegal migrants at Bakkarwala in New Delhi

Govt of Delhi proposed to shift the Rohingyas to a new location. MHA has directed the GNCTD to ensure that the Rohingya illegal foreigners will continue at the present location as MHA has already taken up the matter of their deportation with the concerned country through MEA.

Illegal foreigners are to be kept in Detention Centre till their deportation as per law. The Government of Delhi has not declared the present location as a Detention Centre. They have been directed to do the same immediately.

However, Minister Hardeep Puri’s original tweet has not been retracted till the time of publishing this article.

In a second tweet, Puri had linked to an ANI article from yesterday titled “Rohingya refugees in Delhi to get roofs above their heads”

According to ANI, around 1,100 Rohingyas living in tents will soon be relocated to flats with basic amenities and 24-hour protection.

The decision has been taken after a high-level meeting over the accommodation of Rohingya in the national capital was held. The meeting was chaired by the Chief Secretary of Delhi and was attended by senior officials of the Delhi government, Delhi Police and Ministry of Home Affairs.

In the meeting that was held during the last week of July, it was emphasised that the Delhi government was bearing around Rs 7 lakh per month rent for the tents where Rohingyas were shifted in the Madanpur Khadar area after a fire incident happened in the camp where they were living.

“These refugees will soon be shifted to New Delhi Municipal Council (NDMC) flats in the Bakkarwala village of Outer Delhi. There is a total of 250 flats belonging to the Economic Weaker Section (EWS) category where all 1,100 Rohingyas, currently residing in the Madanpur Khadar camp, will be accommodated,” said a senior official.

In the meeting, Delhi Police were instructed to provide security to the premises where these flats are located and the Social Welfare department of the Delhi Government had been ordered to ensure basic facilities like a fan, three times meals, landline phone, television and recreational facilities in the new campus.…All Rohingyas who will be shifted to these flats hold the unique ID of the United Nations High Commissioner for Refugees (UNHCR) and their details are on record.

VHP (Vishwa Hindu Parishad) had also came out with a quick condemnation of this announcement by Hardeep Puri. VHP’s Central working president Shri Alok kumar said, “We are shocked to see a statement of Sh. Hardeep Puri, the Union Minister for Urban Development terming the Rohingyas as refugees and allotting to them the EWS flats in Bakkarwala, Delhi….The VHP urges the Government of India to reconsider this issue and instead of providing the Rohingyas with housing, make an arrangements to send them back and out of India.”

Clearly, Minister Hardeep Puri and the HMO statement are at odds with each other, and this goof-up points at a major breakdown of communication in the government. If Puri’s tweet was just based off the ANI story, then Home Ministry and Information and Broadcasting ministry need to crack the whip on who planted this misleading story, and who is the ‘senior official’ quoted by ANI reporter Saurabh Trivedi? If Hardeep Puri has acted without authorization, he must also be disciplined.

The HMO’s tweets make it amply clear that the government doesn’t consider the Rohingyas living in Bharat as ‘refugees’, but as illegal migrants/illegal foreigners. If the government is serious on this issue, it needs to crack down on all the mainstream media outlets who routinely use the word ‘refugee’ to describe the Rohingya infiltrators.

It is good that the HMO has confirmed that the government is working to deport Rohingyas from the country, as the Rohingya crisis is the result of a violent separatist movement launched by Islamic terrorist group ARSA. Settlement of Rohingyas in places like Jammu and other parts is a naked ploy by Islamists and ‘secular’ politicians to effect demographic change.

Bharat’s first duty is towards the Dharmic minorities of Pakistan, Bangladeshi and Afghanistan – the most persecuted people in the whole world – and its own indigent population. We can ill-afford the perverted morality of our left-liberal elites whose Hindu hatred guides all their decisions. This cabal was over the moon as soon as they saw Hardeep Puri’s tweet –

What this episode has also shown is that our state has the capacity to provide for immigrants when it wishes to. If the Delhi government was spending lakhs on tenting for Rohingyas, why isn’t the same being done for Pakistani Hindus? Are Rohingyas now acting as vote banks for political parties, i.e. have they managed voter ID cards despite being illegals? Or is the provision of public goods to them a condition imposed by the Indian Muslim votebank controlled by Islamist MLAs like Amanatullah Khan?

The bottom line is this – all Pakistani and Bangladeshi Hindu refugees need to be given refugee status and basic amenities like housing, electricity, water, sanitation, schooling and healthcare till the time CAA is implemented!

Girls being trafficked via train by Rohingya men living illegally in Jammu: Bihar