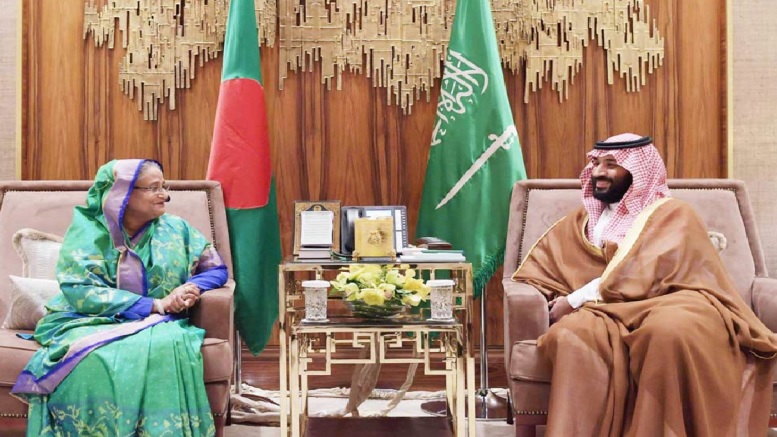 For the past few years, almost every day, reports from various parts of Bharat of illegal Rohingya infiltrators and their criminal acts keep coming to the fore. Prior to the abrogation of Article 370, there were reports of huge Rohingya settlements in J&K. The Rohingya have links with pro-Pak terror groups.

Just a few days ago, there was news of UP police and the anti-terrorism squad arresting four Rohingya from Meerut who were engaged in human trafficking and creating forged documents for illegal immigrants.  Similar incidents were reported from UP’s Unnao, Aligarh, and Noida in March.

The Rohingya threat to Bharat cannot be understated. Time and again, law-enforcement authorities in different parts of Bharat find illegal Rohingya either living without documents or with fake documents and invariably engaged in nefarious activities. In early March, over 150 Rohingya had been rounded up from Jammu and the process of carrying out their deportation was ongoing in late March, something which the usual left-liberal Lutyens’ lawyers rushed to Supreme Court to stall. Yet again in April, illegal Rohingya were arrested from Delhi’s Kalindi Kunj.

As mentioned in a previous post, the fact that they are a threat is universally recognized and explains why Myanmar, Bangladesh, and Bharat have been jointly coordinating their actions against Pak-sponsored Rohingya terror groups. Even Islamic Malaysia took a tough stand against this group known to be terror and crime prone and deported them earlier this year.

Another Islamic country, Saudi Arabia, which expelled close to 300,000 Pakistani nationals between 2015 -19 for issues such as: expired visas, performing Haj without permission, overstaying, and being involved in narcotics trade, has now started a drive to repatriate Rohingya from its land.

Just recently, Saudi Arabia had also come down hard against Pakistani doctors whose degrees Saudi Arabia derecognized leading to mass deportation of several Pakistani doctors. It is evident that even Islamic countries put the interest of their countries above helping out Muslims from other countries, more so if they are a threat to national security and quality of life.

Rohingya began fleeing Myanmar in the 1970s, and in 2016-17, the largest migration occurred with 7.2 lakh Rohingya fleeing mainly to Bangladesh but also to Bharat and some other countries. During that period, around 40,000 were said to have entered Bharat, but the numbers in Bharat are much higher now due to the continuous illegal influx along with multiplication by those residing here.

Although Saudi Arabia took in several Rohingya refugees fleeing Myanmar about 40 years ago, it has not provided them citizenship. Reportedly, around 300,000 have been given work permits. Many Rohingya residing in the country do not hold the passport of any country since ‘even the children of the refugees who were born in Saudi Arabia and speak Arabic are not offered Saudi citizenship.’

Apparently, even Bangladesh does not recognize the Rohingya as its citizens. Of the 54,000 Rohingya that Saudi Arabia wishes to repatriate to Bangladesh, many were issued Bangladesh passports either by the Bangladesh consulate in Saudi or when they visited Bangladesh.

Issuing Bangladesh passports would put the country on the back foot in its talks with Myanmar for repatriation of Rohingya to Myanmar. Saudi has already made the case that if Rohingya have Bangladesh documents, then Bangladesh must take responsibility for them.  This weakens Bangladesh’s repatriation negotiations with Myanmar. However, the Saudi government will support the Rohingya Muslims vis-a-vis the Myanmar government, but has only abstained from voting on a UN General Assembly resolution calling for arms trade ban to Myanmar.

But regarding giving legal status to the Rohingya, both Islamic countries would prefer to not take responsibility. When fellow Islamic countries are showing a collective reluctance to keep Rohingya and to grant them citizenship, Bharat is right in asserting its intent to deport illegal immigrants, whether Bangladeshi or Rohingya. Sovereign nations routinely engage in deportation acts. For example, USA too routinely deports illegal aliens entering the country.

It is shameful therefore that our justice system entertains PILs by break-India forces and vested interests who want Bharat, which is still struggling with development issues and one that is the most densely populated in the world, to provide this terror and crime-prone group residency and even citizenship. Fortunately, Bharatiya government’s stand on this issue has been clear and unambiguous and it has clearly stated that Bharat cannot be the capital of illegal migrants.

The same bleeding hearts who file PILs for Rohingya oppose granting citizenship to persecuted religious minorities (Hindus and other Indic faiths) who are being systematically ethnically cleansed from Bangladesh, Pakistan, and Afghanistan.

In fact, the massive pushback to Bharat’s CAA that was passed with sufficient majority by both Houses of Parliament has led to the notification of rules for this law being put on the backburner. Hindus and Sikhs who fled religious persecution in Afghanistan and Pakistan and currently living in Bharat are facing very hard times due to the delay in implementation of the CAA. In fact, there are reports that many are heading back to the hellhole from which they fled due to dwindling hopes of getting citizenship in Bharat.

The UN defines a refugee as ‘… someone who has been forced to flee his or her country because of persecution, war or violence. A refugee has a well-founded fear of persecution for reasons of race, religion, nationality, political opinion or membership in a particular social group.’

Despite this definition, it is significant that Hindus being ethnically cleansed from Afghanistan, Pakistan, and Bangladesh do not find a place in this list while the Rohingya issue receives a significant mention. This, despite the fact that there are almost daily occurrences of Hindu girls being abducted in Pakistan and then forced to convert which are at least being reported lately.

Regarding the Rohingya issue, as noted in a previous post, Bharat not being a signatory to either the 1967 protocol on status of refugees or the 1951 refugee convention, there is no international law that is being broken when we deport Rohingya and Bangladesh illegals. We currently do not have a refugee policy and we must formulate one and ensure that we resist international pressure and pressure from Islamist leaning groups and NGOs regarding the deportation issue. The refugee policy must unambiguously state that refugee issues are outside the purview of the judiciary and that Bharatiya courts cannot rule on issues that involve international laws.