The forgotten professor – maimed by Islamists, betrayed by the Church 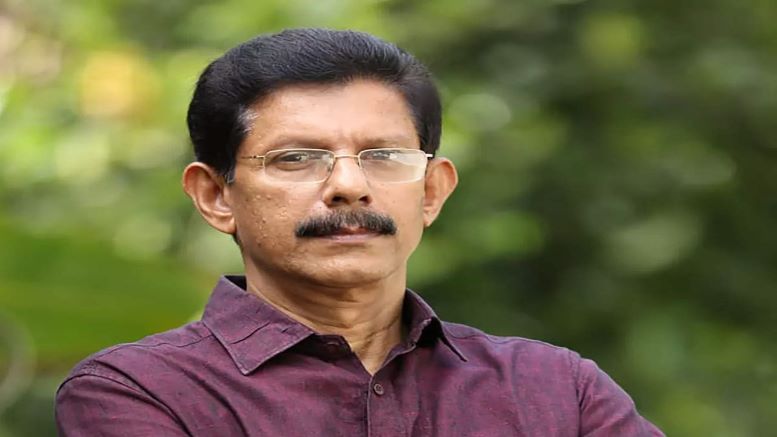 Professor TJ Joseph from Kerala was attacked by Islamists in 2010 and his hands were chopped off for an exam question framed by him. Radical Islamist organizations launched a public attack on the Professor alleging blasphemy.

11 years since, Professor Joseph recounts the horror of losing his hands, wife, and job in a memoir penned by him originally in Malayalam published in 2020 and its English translation A Thousand Cuts: An Innocent Question and Deadly Answers set to be released soon.

In his recent interview, Professor Joseph said that he became a victim of religious extremism and fundamentalism of Islamists. Setting the record straight, he clarified that the question regarding Mohammad in the BCom second semester internal examination pertained to writer PT Kunju Mohammed.

However, it was said that he had purposely misinterpreted the question to insult the Prophet. He further stated that ever since the controversy kicked off he had been accused of blasphemy and was depicted as a criminal. Even though people were sympathetic to him when his palm had been chopped off by the Islamists, they were of the opinion that he had committed a ‘crime’.

Joseph emphasizes that he wanted to bring out the truth through his autobiography while adding that religious harmony and coexistence aren’t possible in the face of religious extremism.

Professor Joseph also highlighted that the manner in which his own people including his college and church treated him was worse than what Islamists had done to him. He said that in the beginning, he received support from the principal and management of Thodupuzha Newman College and the church. However, they changed their stand later. Despite being aware of his innocence, the college accused Joseph of blasphemy, suspended him, and later dismissed him from service.

His family was excommunicated by the church and pastoral letters were read in 120 churches of the Kothamangalam diocese justifying church action against Joseph. Even several of his Christian friends and family members cut off ties with them fearing backlash from the church.

“My attackers were blinded by fundamentalism and they gave me only physical pain but what my own people did to me was even worse as it affected me and my family in all ways”, Joseph told TOI.

He also highlighted how his family has suffered since the attack on him took place on 4 July 2010. The dismissal letter sent by the college on 1 September that year for blasphemy and ‘tarnishing’ the college’s reputation came as a shock to his family, particularly his wife who was already suffering from depression.

His dismissal caused financial distress to the family so much so that it became difficult to run the family and the education of his children suffered as a result too. In fact, the college management wasn’t ready to reinstate him despite the court acquitting him on 13 November 2013. He recounted how his wife killed herself out of depression and he was reinstated just a couple of days before his retirement on 31 March 2014.

His plight highlights how Islamists have ruined lives using blasphemy as an excuse and how the church abandons its own at a time when it should be supporting victims of religious extremism. Islamism is all about intolerance.

Other attacks by Islamists

Islamists snuff out life without remorse at the slightest suspicion of blasphemy. The bone-chilling murder of Kamlesh Tiwari is a case in point. It is hard to forget how Islamists had targetted Tiwari with Maulana Anwarul-Haq and Mufti Naeem Kazmi even announcing a reward of Rs 1.5 crore and Rs. 51 lakhs respectively to anyone who beheaded Tiwari for his allegedly derogatory comments against Islamic Prophet Mohammed.

In Bharat’s Islamic neighbor Bangladesh, secular/atheist academics and writers as well as Hindu and other minorities are frequently hacked to death by Islamists. However, ‘secular’ Bharat also witnesses such gory murders and assaults by Islamists.

In a chilling rerun of the multiple hackings of atheist and secular bloggers in Bangladesh by Islamists, M Farook, a member of the Dravidar Viduthalai Kazhagam, a Tamil political group committed to spreading rationalist ideas, was hacked to death in Coimbatore in March 2017 for what was believed to be an anti-Islam message posted by him on Facebook.

In October last year, history teacher Samuel Paty was beheaded in a Paris suburb for showing pupils cartoons of the Islamic Prophet Mohammed that were earlier published by the satirical magazine Charlie Hebdo. Paty had shown the cartoons as part of a discussion on freedom of expression and had given Muslim children the option to leave the classroom before he showed the cartoons, saying he did not want their feelings hurt.

Islamist Pakistan’s blasphemy laws give a license to Islamists to run amok and often these laws are used to exact revenge. In August this year, in what amounts to a travesty of justice an 8-year-old Hindu boy became the youngest to be charged with blasphemy in Pakistan.

It is pertinent to point out here that Islamists draw license from Islamic verses justifying the murder of critics or ‘blasphemers’.

Flip Huggenvik writes “The hostile Medina Quran calls for Muslims to kill anyone who leaves the Islamic faith. Also, Medina Surah 9:5 commands Muslims to kill the infidels (non-Muslims) wherever they find them and take them as captives and besiege them and lay wait for them with every kind of ambush so if they repent (and become Muslim) and perform the prayer, leave their way free. Convert or die, and many other violent commands”.

Proponents of a global blasphemy law designed to shield Islam often argue that Muslims never engage in sacrilege against the messengers of Christianity or Judaism, and hence other religions should similarly reciprocate with regards to Prophet Muhammad.

This line of argument often fails to take into account Islam’s endorsement of Jesus and Moses as prophets of Allah, which intrinsically establishes their respect in synchrony with Islamic beliefs. Such courtesy is often discarded for non-Abrahamic religions, with Pakistan’s Hinduphobia being a prominent case in point.