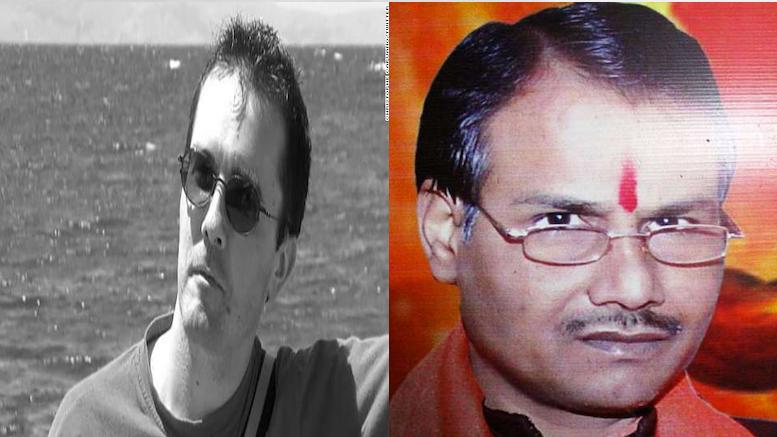 History teacher Samuel Paty was beheaded in a Paris suburb on Friday for showing pupils cartoons of the Islamic Prophet Mohammed that were earlier published by the satirical magazine Charlie Hebdo. Paty had showed the cartoons as part of a discussion on freedom of expression and had given Muslim children the option to leave the classroom before he showed the cartoons, saying he did not want their feelings hurt. The 18-year-old attacker, Abdoullakh Abouyezidovitch A., a Russian refugee of Chechen origin was shot dead later that same day by police.

Friday’s attack was the second such incident since a trial started last month into the January 2015 massacre by two Algerian-origin French brothers killing 12 cartoonists, editors and others at the Paris offices of the Charlie Hebdo satirical magazine, which had published the cartoons that unleashed a wave of anger across the Islamic world. The magazine republished the cartoons in the run-up to the trial, and last month a young Pakistani man Ali Hassan wounded two people with a meat cleaver outside Charlie Hebdo’s former Paris offices. The Pakistani attacker’s father later said, “I am  proud of my son..he has the heart of a lion.”

Samuel Paty’s murder has profound similarities to the murder of Hindu activist Kamlesh Tiwari who also had his throat slit, was stabbed 15 times & shot at last year by Islamists over an alleged comment he made about Mohammed in 2015. Tiwari was kept in jail for close to one year under the draconian NSA Act for that alleged comment by the SP govt in UP.

Both crimes offer an interesting case study in terms of how media, political leadership and sections of society have reacted.

Most mainstream media, both in the West and Bharat, has been upfront about what the Paris attack was – an Islamist crime done to avenge ‘blasphemy’ against Islam’s prophet.

So how did the same media outlets report Kamlesh Tiwari’s murder? Western media, of course, largely ignored the case, but this is how The Hindu reported it –

Note: Frontline is a hard-left news magazine published by The Hindu group. Others like NDTV also tried to diminish Kamlesh Tiwari’s murder, and dehumanise him in the process, by branding him as a ‘fringe’ Hindu group leader in their headlines.

The Hindu is considered the ‘cerebral’ newspaper of Bharat – it is prescribed reading for civil service exam aspirants, and its columnists form the cream of Delhi’s think-tank circles. So why does The Hindu seem more upset about a murder in France compared to a similar one in Bharat?

The answer is simple: The Hindu and all other English-language newspapers of Bharat, influential agenda-setters for the country, value two ideals that have emerged from Western Europe in the last few centuries – liberalism, secularism – above all else.

An attack on these ideals in Europe, especially France which is considered the epicentre of ‘Renaissance’ and the ‘Age of Enlightenment’, hurts our Euro-centric intellectuals more than any attack in Bharat. Events in Bharat are always viewed and covered through the prism of one simple question – how will this event/issue play out for or against ‘Hindutva nationalists’?

And there is also the obvious pull of Western funds, recognition and career opportunities that determines what cues our desi liberals follow while reacting on issues.

Macron was earlier a member of the ‘Socialist Party’, and formed a centrist, liberal political party ‘En Marche’ before his 2017 run for President.

PM Narendra Modi did not say anything about Kamlesh Tiwari’s murder. He has also avoided mention of murders of Hindu villagers and policemen by cow smugglers, hundreds of minor Hindu girls exploited and trafficked by Islamists, dozens of murders of Hindu sadhus and priests, desecration of Hindu temples and vandalism of murtis, or the rampant missionary mafia converting poor Hindus through foreign funds, hateful rhetoric, fake healing and other tricks. In fact, it is hard to recollect any reference whatsoever to ‘Islamic terrorism’ by Modi ever since he became PM – on the contrary, he has spoken about the ’99 names of Allah’, and how ‘none stand for violence’.

Paty’s murderer was shot dead by French police. Tiwari’s murderers are undergoing trial, and 3 out of 13 accused are out on bail – including a Maulana who gave shelter and financial help to two key accused. And the trial is going on in UP, a much-reviled state ever since it elected a Hindu sadhu as CM.

This contrast shows that all talk of ‘Hindutva fascism’ taking root in Bharat, of ‘fearful minorities’ etc. is just that – talk, strategically planted by anti-Hindu forces to pre-empt the real transformation that Bharat needs.

The discourse in Bharat is so skewed that the usual left-right divisions employed by political scientists and sociologists don’t apply here. Our society is left of centre on economics, anti-Hindu constitutionally and legally, intellectuals/academics/media are mostly left/liberal/secular and all of this is topped with a unique form of minority exceptionalism and privilege.

BJP is just the comparatively cleaner & efficient, less anti-Hindu option with commitment to the RSS version of cultural nationalism – even these mild attributes set it so far apart from the rest of the venal, anti-Hindu political class that BJP has become the natural choice for Hindus, at least for the time being.

To be honest, the blame for Hindus not being taken seriously in Bharat and the world lies mostly with Hindus themselves. For eg., while any challenge to Muslim or Christian veto in Bharat such as CAA law or education curriculum reform immediately invites a wave of protests including on-ground action, Hindus haven’t been able to mobilize a serious protest even for the horrific state-sanctioned lynching of an elderly sadhu in Palghar. Most are still watching IPL in UAE or making plans for Dubai vacations once Covid-19 recedes, blissfully unaware about the case of Akhilesh Pandey who was sentenced to 15 years in a UAE jail earlier this year on a cooked-up blasphemy charge levelled by his Muslim colleagues.

France has witnessed multiple rallies across cities to express solidarity and against Islamic radicalism after Paty’s murder, Muslims in Bharat actually held protest rallies over the death of a thief Tabrez Ansari, but what did Hindus do after Kamlesh Tiwari’s death, apart from posts and DP changes on social media?

Hindus need many more thinkers, ideologues, preachers, organizations, full-time activists, writers, artists etc. to educate ordinary Hindus and articulate legitimate Hindu demands. Relying on one political party or organisation to do it all will be disastrous. We are a long way away from what is the only solution to ensure a dignified existence – a Hindu Rashtra or Hindu State of Bharat that borrows the best from the 30 official Islamic, 41 official Christian, 6 officially Buddhist and 1 officially Jewish states in the world.

Now, we come to the glaring similarity that can be seen in the Muslim community’s response to both Samuel Paty’s and Kamlesh Tiwari’s brutal murders.

Both murders were celebrated and supported by many ordinary Muslims and ‘intellectuals’ alike, which shows the Islamist ideology is thriving and enjoys sanction across the Muslim world. However, a subtle difference can be discerned with reactions in Bharat to Kamlesh Tiwari both before and after his murder being far more brazen.

In Samuel Paty’s case, the father of one of his pupils used Facebook to call for action against Paty, asking merely for his dismissal from the school. The father and eight other people have now been taken into custody.

After Tiwari’s murder, many Muslim social media handles were seen congratulating his killers, abusing Tiwari, and claiming this would act as a deterrent to others. Political analyst Abdul Razack Khan appearing on Times Now said that Tiwari deserved the brutal death. Not one prominent Muslim voice spoke up against the brutal murder or upheld Tiwari’s right to free speech or fair trial (the ‘blasphemy’ charge against Tiwari was sub judice). In fact, Tiwari’s murder became an occasion for members of the left-liberal-Islamist brigade to paint Muslims as the victims, asking them to organise themselves or remain compassionate in face of ‘hate-mongers’.

A similar celebratory mood or tactical silence can be seen among Muslim social media handles after Samuel Paty’s murder. Victim-blaming is an old tactic of hardened Islamists. Roshan M Salih, the editor of a British Muslim news site demanded that Charlie Hebdo be shut down for ‘causing community relations to break down’! An Urdu news media outlet in Bharat was lauding the Chechen murderer as ‘shaheed’ (martyr in cause of Islam) and calling the victim ‘ ‘Gustakh Rasool’ (one who defames the Islamic prophet).

But, some of the English-speaking Muslim intellectuals in Bharat are in damage control mode having realized the stronger reaction that Paty’s murder evoked in Europe and the West.

One thing is certain. There will be more Samuel Patys and Kamlesh Tiwaris. Both Bharat and Europe will have to traverse their own different paths, sometimes intersecting, in order to combat the Islamist threat which threatens their existence.