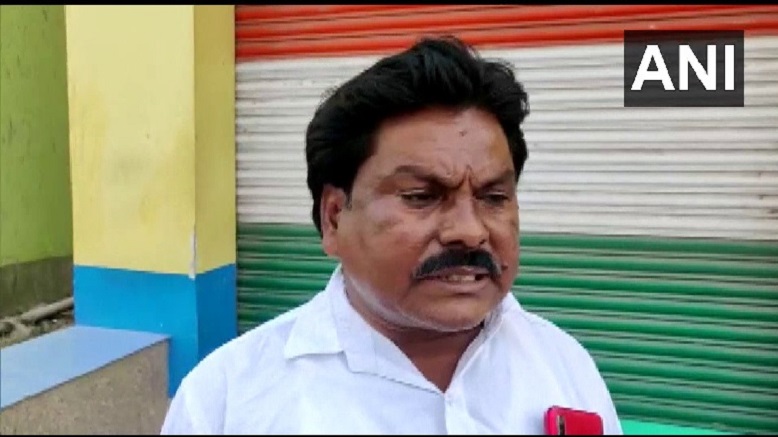 TMC leader Sheikh Alam has threatened that the country can be splintered to form 4 new Pakistans if Muslims unite. In such a situation, where would the 70% Hindu population of the country go, Alam wondered.

Sheikh made the comments while campaigning for TMC candidate Bidhan Chandra Majhi who is contesting from Nanoor (SC) seat in Birbhum district.

“We are 30 per cent and they are 70 per cent. They will come to power with the support of 70 per cent, they should be ashamed. If our Muslim population moves to one side then we can create 4 new Pakistans. Where will 70 per cent of the population go?” the TMC leader was quoted by ANI as saying.

While BJP has made the usual noises about ‘appeasement politics’ and trained their guns at Mamata Banerjee, this is not just another statement made in the heat of a political slugfest. It deserves to be debated nationally as it is not a one off, and shows how dreams of further partitions are mainstream among many Muslims of the country.

1.) “We are the rulers of this country, not loyal dogs. We are Muslims first, then Indian. If Islam clashes with any law or Constitution, we will abide by Islam”, Samajwadi Party (and ex-Congress) leader Mavia Ali in 2017.

2.) “Muslims are more in number in Assam now. If things continue like this, Muslims will attack..they just need some time” – ex-MLA Sheikh Shah Alom, AIUDF.

3.) “We will color this country green (color of Islam), no other color will be able to stand before it” – MP Asaduddin Owaisi, head of AIMIM.

And these are just a few politicians whose public utterings were captured. The discourse going on behind closed doors in mosques and madrassas would be far worse. How the common Muslim mind has been indoctrinated with such supremacist and genocidal rhetoric can be seen with cases like the Muslim employee who just got fired from a Pune firm for posting about mass murder of Hindus.

Such dangerous thoughts are further fueled by ‘secular’ politicians like Congress spokesperson Ajay Verma who during debates over CAA dared the government to first create ‘another Pakistan’ for 20-25 crore Indian Muslims, if it wanted to declare Bharat as a Hindu Rashtra. Or the columnist and ex-Amnesty India chief Aakar Patel who wants separate electorates for Muslims and supports the “two-nation theory” which led to the 1947 partition.

If we want to be taken seriously as a nation, Sheikh Alam needs to be immediately arrested and the candidate he was campaigning for debarred. The idea of Nehruvian secularism which has emboldened such fanatics should be given a quiet burial, and Dharma declared the official state ethos with a Constitutional remit to preserve, protect and honor all the Dharmic paths/religions that have evolved in this land – Hindu, Jain, Sarna, Sikh, Bauddha etc.

80 countries in the world favor a specific religion, either as an official, government-endorsed religion or by affording one religion preferential treatment over other faiths – Islam and Christianity dominate this list. There is absolutely no reason for Bharat not to do the same by declaring itself a Hindu Dharmic Rashtra, especially as Muslim fanatics are threatening to repeat a partition along religious lines. Such a declaration will resolve the identity issue we suffer as a nation and gradually marginalize the extremists who threaten to take us down a path of chaos and suffering.