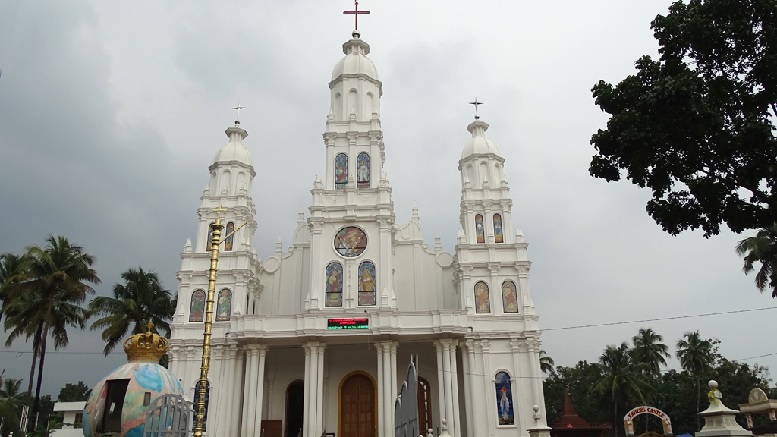 A Catholic priest belonging to the Third Order Regular of Saint Francis of Penance, has been accused of making ‘anti-Muslim’ remarks during a prayer service at a chapel inside the St. Francis Mission home at Kuravilangad, Kerala on Sunday.

Four nuns have alleged that the Catholic priest extended his support to the Pala Bishop’s recent comments warning against Love Jihad and Narcotic Jihad, and advised the congregation not to buy vegetables from Muslims and not to travel in the autorickshaws they drive.

The nuns claimed the same Catholic priest had made similar comments earlier too, but this time they decided to walk out of the mass (Christian prayer service) in protest. These nuns are reported to be the same who had earlier come out to protest against Bishop Franco Mulakkal, accused of raping a nun repeatedly over two years.

The nuns had to protest after the Church higher-ups, including the Vatican, failed to take any action against Mulakkal. Kerala government, which had also been soft-pedalling the matter, was forced to interrogate and arrest Bishop Mulakkal after rising public anger, but he got bail after just 25 days from Kerala High Court. He has since been evading court appearances, even falsely claiming that he had tested positive for Coronavirus.

The St. Francis Mission priests’ call to economically boycott Muslim in not new. Sometime back, an inter-denominational Christian group called Christian League called for promoting non-halal meat among community members rather than the halal meat (obtained from animals slaughtered as per Islamic ritual procedure) popular among the Muslim community.

And it is not just the clergy of the Syro-Malabar Catholic Church which is speaking against Love Jihad aka Grooming Jihad. Social groups like Christian Association and Alliance for Social Action (CASA), are also spreading awareness against Love Jihad, a colloquial term for grooming of non-Muslim girls for sexual exploitation and/or conversion and marriage.

Wary of upsetting their Islamist allies, the Kerala’s Communist CM Pinaryai Vijayan has said that there was “no need for giving religious colour to narcotics…people holding responsible positions shouldn’t cause religious divisions”, while Leader of Opposition Congress’ VD Satheesan condemned the Pala Bishop’s remarks saying “there is no religion, caste or gender for crimes and it was wrong to accuse one particular religion for this.”

Counter-mobilization against halal economy and calls to boycott non-Muslims

Actually, what we are witnessing in Kerala and across the country is a counter-mobilization against Islamic religious bodies who have so thoroughly radicalized the Muslim community that threats to boycott non-Muslims for religious-political issues have become routine.

Moreover, the halal economy has now spread its tentacles beyond the meat business – extending to items like cosmetics, pharmaceutical and vegetarian food items too! One of the basic requirements of halal meat is that the animal must be slaughtered by a Muslim – this has rendered several lakh butchers from underprivileged Hindu SC/OBC communities jobless. And who gives the halal certifications? Radical Islamist bodies like Jamiat Ulema-i-Hind (JuH) who charge a neat annual fee for this ‘service’, thus imposing a sort of indirect jaziya tax on non-Muslims who want to sell their products to Muslims!

During the anti-CAA protests, there were several calls to boycott Hindu shops, professionals, and even small vendors like tea-sellers or cab drivers.

And this is how such boycott calls are enforced. Muslim women who bought clothes from a Hindu shop in Karnataka, and were carrying them in saffron-coloured carry bags, were harassed and forced to return the items. “When jamaats and masjids are telling you, why are you still going to such shops? You don’t understand? Whom do you respect?,” several local men asked in threatening tones of the burqa-clad women.

The Shaheen Bagh protests also witnessed calls to economically boycott Hindus, accompanied with the usual venom against likes of Ambani and Patanjali. Actually, the strategy to boycott Hindus is not limited to Islamists, but extends to all anti-Hindu ideologies. Professionals with Communist leanings issue calls for boycott and genocide of Hindus with nonchalance, admitting how they ensure no ‘Sanghi’ (a dog whistle, i.e. coded word, to refer to Hindus) is ever hired by them. Hate-filled invective is being heard against businessmen identified as Hindu such as Ambani and Adani, in the so-called farmers protest.

And it’s not like all this started after CAA was introduced in late 2019. Sample this call by Samajwadi Party MLA Nahid Hassan to boycott ‘BJP supporting’ (another coded word that refers to Hindus) shop-keepers in Western UP’s Muslim-dominated Kairana, an area from where Hindus have already fled in the past due to sustained harassment, targeted murders and other crimes. This is exactly how Hindus are being forced to flee from Muslim-dominated localities across Bharat: sustained harassment, sexual assaults, boycott calls, crime, temple vandalisms.

The secular state, as per its design, ignores the Islamist bigotry. The state machinery and judiciary only snaps into action when Hindus attempt to counter-mobilize, howsoever feebly. After a spate of incidents where Muslim clerics and laypersons were seen wishing for crores of deaths due to Corona (‘Allah ka NRC’), and reports of Muslim men licking currency notes, spitting on bakery items, fruits, rotis etc went viral, there was widespread disgust and a natural desire to avoid those with such sick mindsets. But when a few fruit and vegetable vendors in Jharkhand merely used saffron banners and the words ‘Hindu’ or ‘Om’ in their shop names, the secular state immediately cracked down.

At least the Kerala Christian clergy is speaking openly against the threats their community is facing, irrespective of the alliance that the Church and missionaries have with anti-Hindus like Islamists, Dravidianists, Communists and left-liberals in the rest of the country.

But when will the Hindu Dharmic bodies – our sadhus, mathas, gurus, temple trusts etc- develop the courage to guide ordinary Hindus on such issues? For how long will they remain confined to their comfort zones of religious work, shunning critical topics deemed ‘political’ or ‘controversial’. And even on religious matters, are they really propagating and defending Dharma the way they should? Even when sadhus are being lynched and temples vandalised or razed down on an almost daily basis, where are our Dharmic leaders?