“Boy was loitering in temple complex, far away from public tap” – Mahant of Dasna Devi temple 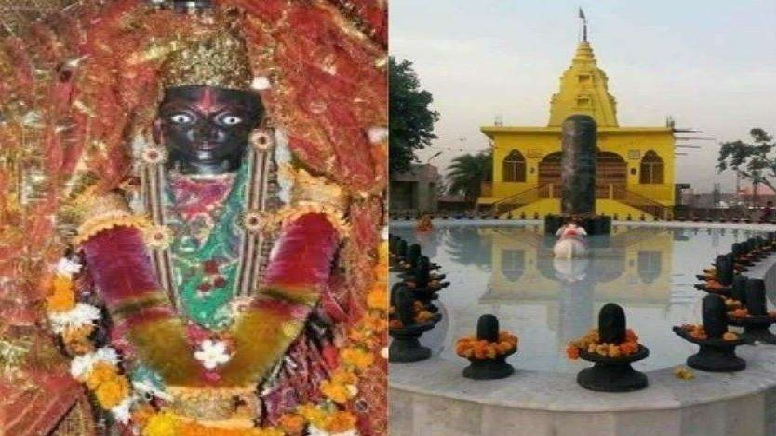 A short video in which a 14-year-old boy can be seen getting assaulted has recently gone viral and become front page news for many media outlets. In a country where people routinely come to blows over petty disputes, where massive mob violence leading to murder is not uncommon, where a 5-year-old was recently raped while visiting a temple with her mother, and where a 14-year-old boy was mutilated, tortured and murdered for the ‘crime’ of gifting a phone to a girl, why was this news alone deemed news-worthy by our editorial class?

The boy who was assaulted is Muslim, the man who assaulted him is a Hindu, and the boy was reportedly beaten up for entering the temple premises to ‘drink water’. Well, at least that is the reason the boy is heard stating on the video and which his family, media fraternity, social media influencers and police seem to have accepted as the unvarnished truth.

But knowing the history of the this temple and area, something did not seem quite right. So we decided to talk to the Mahant of this famous temple, which is dedicated to both Chandi Devi and Mahadev, to get the temple authorities perspective on the incident. The temple is believed to be at least 5000 years old which was destroyed during Mughal times but then reconstructed using the original murtis which the pujari had hidden away in a well.

Here is what we learnt from Swami Yati Narsinghananda Saraswati ji, Mahant (head priest) of the temple:

Here is a report from Feb 2017 about the temple deity’s mukut (crown) and hundi money being stolen. And in 2015, a threat call which Swamiji received from a caller from Saudi Arabia had indeed sent shockwaves through the region.

Hindu-haters urinating on Shivlings and in temples is not uncommon. In 2019, one Irshad was arrested for urinating on a Shivling in Bulandshahr, UP. A few months later, an Allahabad University professor was heard proudly boasting that he had urinated on a Shivling. That same year, when a Muslim mob went on the rampage in Hauz Qazi area of Old Delhi after a trivial parking-related fight, there were reports that they desecrated a Durga mandir by urinating on murtis there too.

Hindu pujaris, sadhus being assaulted in temples and brutally murdered is also a common occurrence – the chilling murder in Auraiya, UP of two eldery sadhus Lajja Ram and Harbhajan who had their tongues cut out before being stabbed to death by a gang of Muslim cow butchers is still fresh in Hindu minds.

Reports of women being molested in or around temples in areas with significant Muslim population, would not surprise anyone who has actually lived in such areas. Here is an exhibit from 2017 from the very same Ghaziabad.

In fact, a 2017 interview we had done with Yati Maa Chetnanand Saraswati ji (she got deeksha from Swami Narsinghananda ji and is next in line to head the temple) reiterated the points Swamiji mentioned, while adding that the decision to bar the entry of Muslims was taken to maintain the sanctity of the temple and for long-term peace. Still, if a Muslim was keen on visiting the temple as a spiritual seeker, such ‘special individual cases can always be taken care of and permitted on individual requests‘ she had mentioned.

Now, another interview of a pandit in the temple is also bringing out the other side of the story. He said that not just temple hundi money and valuables, but even steel or iron pipes and bricks used for construction work within the premises get stolen by scrap dealers and others. During the day, boys come to do recce and then the robbery happens at night.

The video in question purportedly shows  Shringi Nandan Yadav, an engineer from Bihar who is currently residing as in the temple as a disciple of Swamiji, beating the boy while another sevak Shivanand is said to have recorded the video. Showing unnatural speed, the Ghaziabad police took immediate cognisance once the video went viral and arrested Shringi and Shivanand, lodging an FIR under IPC sections 504 (intentional insult with intent to provoke breach of the peace), 505 (statements conducing public mischief), 323 (causing hurt) and 352 (assault). They have been sent to 14-day judicial custody.

Ghaziabad Superintendent of Police (Rural) Iraj Raja told The Print that this is the first criminal complaint registered against either of the accused. If you are applauding such fast action against first-time offenders, we would like to remind you that Ghaziabad is a hub of all sorts of crime, mostly targeting Hindus, and it really begs the question if police in our secular state have their priorities right.

‘Insular and bigoted’ Hindus opposed entry of a Muslim boy to a temple – this is the one key takeaway that left-liberals want us to have from this whole episode. But is that the truth?

When faced with two Abrahamic religions, Islam and Christianity, in which the key doctrine of both is denigration of ‘idol worship’, often violently, isn’t it common sense for Hindus to be wary of followers of these two religions entering our temples? Add the growing numbers of radical neo-Buddhist Ambedkarites and Khalistani supremacists to this Hindu-hating lobby.

Desecration of temples is so widespread in Bharat and our neighbouring countries that it seems almost ridiculous that one has to explain this point, but that is the power of narrative! If you only skim through Times of India and watch Netflix or Prime, you really can’t be blamed for not knowing the true depth of anti-Hindu hate that is prevalent in our country today.

West UP is witnessing a silent demographic collapse of Hindus. Silent because apart from one Kairana that made it to the news (only to be contemptuously denied  by our liberal-secular elites despite clear evidence and an NHRC fact-finding report), the lesser known, daily forced exodus of Hindus from localities like Sundar Nagri, Brahmpuri (both in Delhi) or Aligarh’s Babri Mandi, or Mewat are hardly heard in the national narrative.

Hindus today are realizing that they are victims of a state and polity which has systematically belittled their Dharma, heritage and aspirations to a life of harmony and dignity.

Shringi Yadav’s actions and words might seem unpalatable and Swami Yati Narsinghananda Saraswati ji’s speeches may sound ‘extreme’, but we have to understand the source of this angst. On the one hand, a Muslim cleric Abbas Siddique wishes for the death of ’50 crore Hindus from Covid-19′ and is accepted as a ‘secular’ politician, thousands of others openly proclaim the superiority of Islam and issue veiled threats to the nation; missionary preachers openly demonize Hindus as ‘Satan-worshippers’ and call for Christianization of the country; but a Swami who asks Hindus to defend themselves is the hater?

In the context-free narrative that is fed to the country’s ‘secular’ middle-class by the national mainstream media, Shringi Yadav and Swami Yati Narsinghananda Saraswati are the villains denying water and temple access to a ‘poor Muslim boy’. Truth, as always, is far more complicated and disturbing.

Our secular state’s anti-Hindu bias and deep-rooted minorityism has backed Hindus into a corner. If they appear to be lashing out, the solution is to correct the distortion in our polity and not to demonise them further.