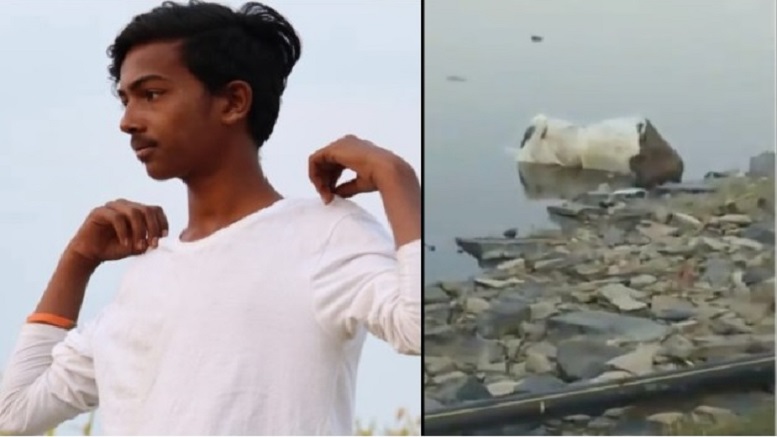 In what appears to be a young friendship gone horribly wrong, a young Hindu Dalit teenager aged just 14, named  Mahesh Kolli was kidnapped, tortured, mutilated, murdered and the body was disposed of in the Bhima river by the boy’s schoolmate’s mother and her male acquaintance.

Apparently, both Mahesh and the Muslim girl (one year younger to him) were friends. The gruesome incident occurred at Naribol village in the Kalaburagi district of Karnataka. National media did report the incident but were not ready to reveal the Muslim identity of the killers.

The assailants reportedly chopped off Mahesh’s private parts and his nose before killing him and then bundled the dead body into a sack and threw it into the river. According to Mallikarjun Kolli, the dead child’s father, Mahesh was also forced to drink alcohol and smoke ganja. The intoxicated boy was then tortured and murdered. The body was noticed by locals after the sack washed ashore the Bhima river a few days later. The decomposed body was discovered five days after the boy had disappeared.

The Kalaburagi police have arrested and charged the girl’s mother Tarabi and her accomplice Mehboob with kidnapping, murder, tampering with evidence, and sections pertaining to atrocities against SC/ST and are investigating all angles of the grim incident. It is believed that the identities of the murderers were blacked out by national media since they were Muslims. Had the victim been a Muslim youth, the outcry would clearly have been massive.

Presumably, the young teenagers were friends and schoolmates. Though the mother discouraged the girl from talking to Mahesh, they remained friends. Trouble began after Mahesh gifted the girl a mobile phone to remain in touch and the girl’s mother intimated her accomplice.

On that fateful day, Mahesh left home telling his folks that he was on his way to the temple and that he would return soon. When he did not return, the boy’s family started inquiring and were pointed to the girl’s house. This is also when they came to know about Mahesh’s friendship with a Muslim girl and that he was whisked away in the guise of talking to him by the girl’s mother and her accomplice.

When Mahesh’s folks went to the other party’s house, the girl came out and handed them the mobile phone purported to be handed to her by Mahesh and went inside. Her mother then asked Mahesh’s relatives to leave. She had probably killed the boy by then. The boy’s relatives then filed a missing person complaint at the local police station.

The boy’s uncle informed that they had received some compensation from the state government. They belong to the Bedar tribe that follow Hindu Dharma.

The boy’s parents are devastated and are questioning why they were not approached even once before the girl’s mother decided to take such an extreme step. But if they were aware and knew the reality of what is happening around them all over the country, they would not be asking such questions. In fact, a similar incident of a Hindu man K Lakshmipathi being killed by his Muslim girlfriend’s father and brother in Karnataka happened just a few months ago. Other cases like Ankit Saxena, Rahul Rajput etc might also be familiar to readers.

Muslim society is so far radicalized that even the whiff of a Muslim girl having friendship or relationship with a non-Muslim boy is enough to sign the death warrant of the boy. While our intelligentsia howls at Hindus for protesting the grooming of Hindu girls for sex and conversion by Muslim youth (often with fake Hindu identities), they utter not a single word against the fanaticism prevalent in Muslim society.

This is the verse which tells Muslims how to approach ‘inter-faith’ relationships:

And if you obtusely continue to harbor doubts on what this means, let an Islamic expert clarify things for you:

It is astonishing to note that a young boy was brutally murdered for allegedly gifting his friend a mobile phone! If a Hindu girl refuses a Muslim man like Nikita Tomar did, she is shot dead or worse. If a Hindu boy develops a genuine friendship (without any deceit about his identity) with a Muslim girl, then he is slaughtered like Mahesh Kolli or Ankit Saxena.

What does this tell us about the current state of this country under the spell of secularism, and the Hindu preachers and intelligentsia who keep peddling the distorted meaning of ‘Sarv Dharm Sambhav’ as ‘All religions are equal’?