When Nehru said Hindu temples ‘repel me, suppress my spirit’ 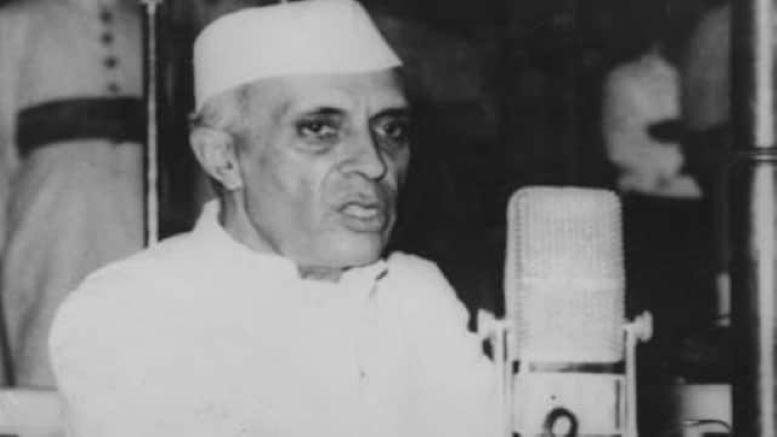 The deep-seated hatred that Nehru harbored towards Hindu Dharma is apparent in his March 1959 speech at the seminar on architecture organized by New Delhi’s Lalit Kala Academy. Speaking on that occasion PM Jawaharlal Nehru held that he found temples oppressive while adding that the Taj Mahal was a delight to the eye and spirit.

“Mr. Chairman and friends, I have come here for a brief while this morning just to wish those people attending this seminar and specially our younger architects, success in their talks here, meaning thereby a new fermentation taking place in the minds of this generation leading to more suitable types of architecture which fit in with conditions today and yet are things of beauty.

Mr. Humayun Kabir [then cultural affairs minister] referred to the great temples of the South and the Taj Mahal. Well, they are beautiful. Some of the temples of the South, however, repel me in spite of their beauty. I just can’t stand them. Why? I do not know. I cannot explain that, but they are oppressive, they suppress my spirit. They do not allow me to rise, they keep me down. The dark corridors—I like the sun and air and not dark corridors.

However, architecture today can hardly be thought of, well, broadly speaking, in terms of the Taj Mahal. The Taj Mahal is, of course, one of the most beautiful things anywhere and it is a delight to the eye and to the spirit to see it. It represented, as all architecture represents to a large extent, the age in which it grew. You cannot isolate architecture from the age, from the social conditions, from the thinking, from the objectives and ideals of that particular age…”

No wonder many of the buildings built under the Nehru regime bear a distinct stamp of his Hindu hatred and love for Mughal architecture. These include the Ashok Hotel, Vigyan Bhavan, Krishi, and Udyog Bhavans, and National Museum. It is, therefore, hardly surprising that many post-independence era buildings are totally devoid of Hindu architectural features.

The dissing of Hindu architecture and obsession with Mughal architecture begins with the country’s first Prime Minister who promoted such Hinduphobic thoughts. Nehru has also exposed his lack of knowledge about Bharatiya architecture in general and Southern Temple architecture in particular.