Mahua Moitra is an English-speaking classist, Hinduphobic bigot – typical of the Lutyens’ cabal 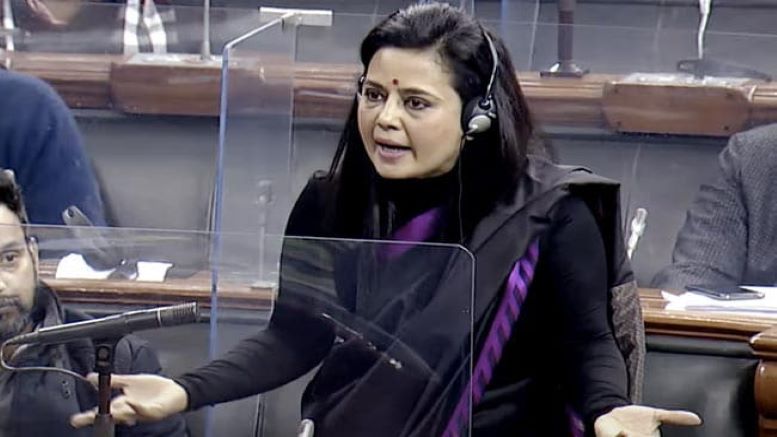 Anti-Hindu bigotry has become the trademark of ‘secular’ politicians like Mahua Moitra of Mamata Banerjee’s Trinamool Congress (TMC). She recently used the gaumutra jibe, a derogatory reference to Hindus, in her tweet ahead of her speech in the Lok Sabha.

“Am speaking this evening in Lok Sabha on President’s Address. Just wanted to give early heads up to @BJP to get the heckler team ready & read up on imaginary points of order. Drink some gaumutra shots too”, Moitra’s tweet read. She is known for using such crass and insulting language.

The TMC MP went on a Twitter rant against Rama Devi who was in the Speaker’s chair when the former was addressing the house. Moitra was angry with Rama Devi because the latter ‘cut her speech short’. Union Minister Mukhtar Abbas Naqvi had also lashed out at the TMC MP for defaming the Jain community during her Loksabha remarks.

The sense of privilege the likes of Moitra stems from their feeling of superiority against people who they term as belonging to the ‘cow belt’. Jharkhand BJP MP Nishikant Dubey had accused the TMC MP of referring to him as “Bihari Goonda” thrice. She had even called BJP’s Giriraj Singh ‘chotiwala rakshasa’, a slur directed at Brahmins who sport a Shikha (Choti-tuft of hair).

Just like the TMC chief who believes in minority appeasement while snubbing Hindus, her party MP has time and again resorted to such anti-Hindu slurs. She was seen insulting Bharat by terming the nation as ‘Susu potty republic’. “Welcome to our Susu Potty Republic! Drink cow urine, sprinkle dung, and flush the rule of law in the toilet,” Moitra had tweeted drawing the flak from social media users.

The TMC MP even insulted Hindu Bhagwans when she tweeted last March “So Yogi CM comes to WB today, says he will kill ‘TMC goondas’ one by one. Gudduji – listen up – your thok do culture may work in the vanar sena commune you ruled, doesn’t work here”. So-called secular politicians like Moitra are actually targeting Hindus using BJP to hide their Hindudvesh (Hindumisia or Hinduphobia).

It has become a routine affair for Hindudveshis to use the ‘gaumutra’ jibe in an attempt to Hindus. Even Dravidianist Hinduphobes are known to openly use the language of jihadis. During his speech on the Motion of Thanks to the President, DMK MP Senthilkumar mocked the BJP government by making the Hinduphobic ‘gaumutra’ comment when he said that the central government should implement the National Education Policy in ‘their gaumutra states’.

Last year, the Finance Minister of the DMK government Dr. P Thiaga Rajan (aka PTR) had targeted Mohandas Pai using a similar slur and referred to him as ‘dung for brains cultist’ ‘Dung-for-brain cultist’ is a variant of the ‘cow piss drinker’ slur which is used to smear Hindus by Hinduphobes. This slur dehumanizes Hindus by denigrating their belief in the cow as a sacred animal.

Similarly, Mannargudi MLA TRB Rajaa used the ‘cow-piss drinker’ jibe against the people of Uttar Pradesh (UP). “If one drinks cow urine it will cause side effects like this”, he tweeted while quoting a tweet from PTI. It was in reaction to a comment from a UP women’s panel member.

The ‘gaumutra’ jibe is an attempt to subtly demean Hindu Dharma and is often used by jihadis like Adil Ahmed Dhar who had justified the slaying of 40 CRPF men because they were ‘cow urine drinkers’. Even though it doesn’t come as a surprise, the fact that elected representatives speak the same language as the Pulwama suicide bomber indicates the extent of Hindu hate they harbor.