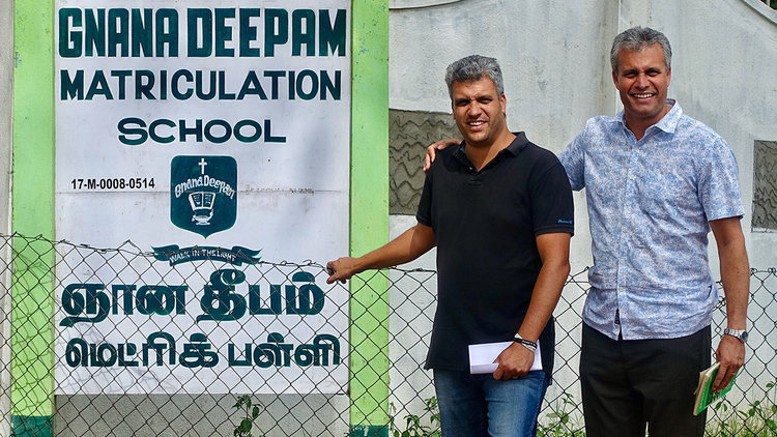 The Correspondent and Karate master of a Christian school run using FCRA funds have been arrested under POCSO. They were arrested after a girl, sexually harassed by the latter, tried to take her life. The school along with an orphanage has been functioning for many years with the support of funds from the United Kingdom.

A 12th standard girl, daughter of a government school Headmaster, in Salem, Tamil Nadu had tried to take her life by cutting her wrists and hanging from the ceiling fan(in case the former attempt failed, Tamil media reports say). Fortunately her parents found her in time and admitted her to the hospital. However the girl hesitated to reveal the reasons behind her decision to take her life.

After counseling she was forthcoming to talk about it and revealed that she was being sexually harassed by the Karate Master, Raja, in her school for the past four years. He is said to have harassed her during meditation classes. He is believed to have harassed many other girls as well.

The girl studies in Gnana Deepam Matriculation Higher Secondary School. When she was sexually harassed for the first time as a 13 year old she had complained to her class teacher and the Correspondent. However, Stephen Devaraj, the Correspondent, asked the girl to remain silent. The girl has confessed everything and Stephen Devaraj and Raja have been booked under POCSO Act.

Parents and relatives of the girl were livid upon coming to know of her ordeal and caught Raja themselves and thrashed him before handing him over to the police. The school is being run using foreign funds from the United Kingdom. Bethesda Project in Dorset, UK funds the operation of this school and an orphanage. The school was founded by Roy and Catherine Deveraj who were ‘harvesting souls’ in the backward region of Kalvarayan Hills.

Stephen and Simon Devaraj, children of the founders, now run the school. Simon Devaraj is the trustee of Chinna Kalrayan Hill Agricultural Development Association(CKHADA). It is an FCRA (TN/76000030) registered organization and has received funds from Hope of Bethesda, Child Link International Aid Foundation, Bethesda Project and Margo trust since 2006.

Sarah Devaraj, wife of Simon Devaraj and likely a UK citizen, is a member of Blandford Evangelical Church(BEC) which funds the Bethesda Project. BEC website mentions that Bethesda Project provides “education and home for over 30 children who were orphaned and destitute”. Apart from this it also provides “residential facilities for children in isolated communities”. Tribals form the majority of the hamlets in the hill.

Apart from the school and orphanage the Devaraj family has planted two churches with the funds from the UK. BEC declares its mission as “Being Disciples and Making Disciples”. It says the Bethesda Project’s aim is to “show the love of Christ in practical ways” and that “spiritual input through daily meetings” were provided to the children in the “orphanage” when their volunteers visited. Bethesda Project begs for funds by showing Bharat in a poor light by making wild claims like “46% of girls in India are undernourished, only 50% of girls are enrolled in schools and only 26% of them pursue graduation”.

Recently, Chinmaya Mission’s name was dragged through the mud after sexual abuse charges were levelled against a a teacher in Chinmaya Vidyalaya school in Coimbatore. The victim took her own life and the blame was put on Brahmanical forces and RSS that teach Sanatani values even though the principal who shushed the victim is a Christian. However this Gnana Deepam Christian school incident wasn’t even discussed in the media and didn’t find its way to social media at all.

Apart from bringing to notice this hypocrisy of turning a blind eye to rampant sexual abuse in Christian and church run institutions, 1, 2, 3 for example, Hindu Post poses the following questions to the public and the government