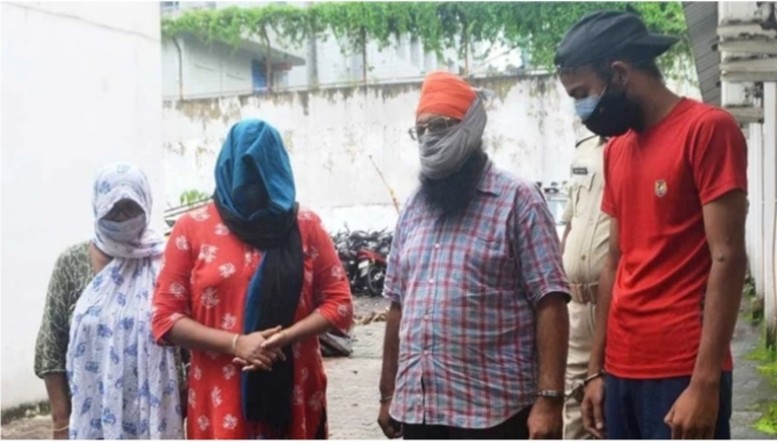 In another horrifying incident of sexual abuse in shelter homes aka orphanages, 4 of the perpetrators have been arrested by the Jamshedpur police. The director, his wife and warden and her son, have been arrested by the police for physical and sexual abuse of children. Police revealed that Pushpa Rani Tirkey, wife of the orphanage’s director Harpal Singh Thapar, was also the chairperson of the East Singhbhum district Child Welfare Committee (CWC).

Thapar and Tirkey ran the orphanage through a charity organisation Mother Teresa Welfare Trust. They have been running it for the past 10 years. The horrid details of sexual abuse came to light when two minor girls went missing and the orphanage filed a complaint with the police. When the girls were found, they revealed the ordeal they went through for the past 4 years and refused to go back to the orphanage. Upon this an FIR was filed and the perpetrators were booked under POCSO. But they were on the run and police arrested them after searching their hideouts.

The home ‘sheltered’ 24 girls and 16 boys out of which 38 were under 18. After the first two girls’ ordeal came to light, it was found that many of the inmates have been going through the same. The girls revealed that they underwent physical and mental torture and that they were made to give in to the sexual demands of Thapar and Aditya Singh, son of the warden, Geeta Kaur. Investigation revealed that Thapar had sexual relations with the daughter of the warden and exploited her along with other male staffs on a regular basis.

The girl victims said that despite complaining to Tirkey, wife of Harpal Singh and chief of CWC there was no respite. Allegedly a 3.5 year old girl with brain tumour is said to have died a month ago which wasn’t conveyed to the concerned authorities as the rule mandates. The girls also accused Thapar and Tirkey of amassing wealth by diverting funds meant for the orphanage and refusing them proper food and clothes. While the men abused them sexually, Tirkey and Geeta Kaur harassed them by making them do menial jobs and beating them. Earlier, a video went viral in social media showing the girl inmates of MTWT home doing menial jobs including working in a garbage dump.

On May 27, a few weeks before MTWT’s administrators were pulled up for sexual abuse, Pushpa Rani as the chief of CWC had implicated a panchayat member of sexually abusing a 9 year old girl. Allegedly the girl was molested when she was being shifted to a shelter home as a preventive measure during cyclone Yaas. However the man’s wife accused Tirkey of falsely implicating her husband and Thapar of demanding Rs.15 lakhs to settle the matter. Ironically Tirkey gave bytes regarding the incident to the media and said “If girls and women are not safe in the shelter home, why should they stay there?”.

After the incident came to light, inmates of the ‘shelter home’ were shifted to another ‘shelter home’ when 2 girls went missing who are yet to be found. Another accused, Tony David Singh, a staff at MTWT, is still on the run. The organisation doesn’t appear to have any FCRA background. But based on the girls’ testimony, police are investigating whether Thapar and his wife diverted government and private funds to their accounts. Whether they bought land using the money and in whose names it’s registered are also being investigated.

While MTWT doesn’t overtly appear to be a Christian organisation, it has proved again why so-called orphanages and shelter homes are not safe for children. There are reports that there were complaints about the orphanage earlier but CWC didn’t investigate properly. Perhaps Tirkey flexed her muscles using her position at CWC. Appointing such unqualified people for an important role in child welfare fails the purpose of such committees. Not only orphanages but such committees are also a cause of worry. As NCPCR directed, children should grow up with their families and governments should take immediate steps to reunite children with their families and provide them with necessary help to lead a peaceful life.