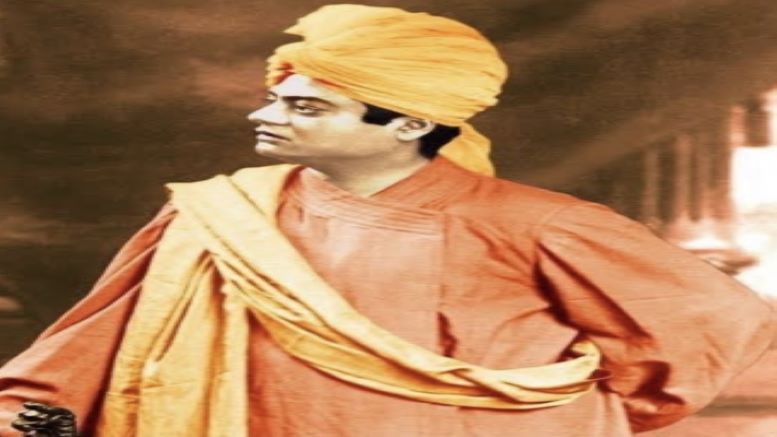 Hindu icons and their actions and views are being increasingly appropriated, distorted, and force-fitted into the ‘secular’ narrative of the country.

CJI N.V. Ramana called for instilling the ideals of Swami Vivekananda in the country’s youth. Participating in the 22nd Foundation Day Celebration of Vivekananda Institute of Human Excellence, on Sunday, the Chief Justice said Swami Vivekananda advocated the concept of secularism in India.

“He firmly believed that the true essence of religion was the common good, and tolerance. Religion should be above superstitions and rigidities. To fulfill the dream of making India resurgent through the principles of common good and tolerance, we should instill the ideals of Swami Ji in today’s youth,” the Chief Justice stated in his virtual address from Delhi.

Misquoting or taking quotes out of context or selectively using the quotes of Hindu stalwarts in order to preach ‘secularism’ to Hindus is the order of the day. While Swami Vivekananda spoke of universal brotherhood, he never wanted Hindus to let go of Hindu Dharma. We shall take a look at some of the quotes of Swamiji on Hindu Dharma and his advise to Hindus.

He always wanted Hindus to follow their religion and stand up for it when the demand arose.

Sai Deepak in his recent debate with Tharoor spoke about Swami Vivekananda’s Hindu Dharma. Deepak pointed out to Dr. Tharoor that Swamiji was clear about the fact that universalism can’t come at the cost of pixelation of history. He also highlighted how Swami Vivekananda was against proselytisation by taking Hindu toleration for granted. He cited the example of Swamiji threatening to throw a missionary overboard when the latter was constantly spewing venom against Hindu Dharma.

All lessons of secularism in the country are reserved for Hindus who are expected to bear the burden placed on them by the secular state. No wonder, the system places all kinds of restrictions on Hindu festivities alone even as the constitution guarantees freedom of religion.

Bharat is probably the only country in the world where time and again the majority community is victimised by the system; from media to police to the courts. In the age of Social Media, freedom of speech and expression seems to be reserved only for Muslims and Christians.

Close on the heels of a Hindu girl, Richa Bharati, from Ranchi being ordered by Judicial Magistrate Manish Singh to distribute Quran as a ‘punishment’ for her ‘communal post’ (said order was subsequently withdrawn after a huge uproar), Chennai High Court has ordered a Hindu youth to pay Rs. 25,000 each to Christian and Muslim charity organizations so as to secure bail for his alleged ‘communal post’ on Facebook.

We had also highlighted the institutionalised attack on Hindu Dharma. Those belonging to the system like the CJI have often reserved such lectures as the ones asking to practice secularism at the expense of Dharma for Hindus alone.