Bail for 10K to Muslim who posted abusively on Hindu Gods, bail for 50K to lawyer for ‘indecent’ birthday wish to District Court judge 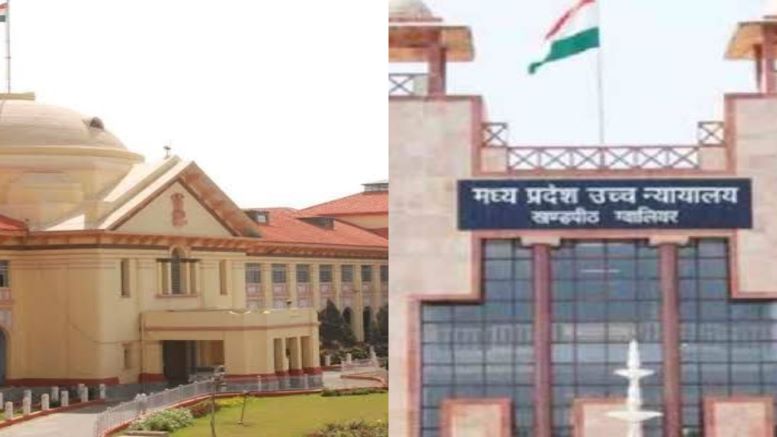 Criteria for granting bail appear to be dependent on who the accused is rather than what the offense is. Two recent bails granted by the Madhya Pradesh and Patna High Courts seem to suggest that one can get away with a lighter penalty even after abusing Hindu deities provided the person belongs to the minority community while those of the majority community would have to pay hefty fines for birthday wishes that may be construed to be ‘indecent’.

Advocate Vijay Singh Yadav was granted bail on a personal bond of INR 50,000 and a surety of the same amount by a single judge bench of Justice Subodh Abhyankar. He is alleged to have sent a birthday greeting to Judicial Magistrate (First Class) Mithali Pathak on January 29 and had apparently copied a photo of the lady judge from her Facebook account that he put on his message.

Yadav apologized for having sent the greeting and assured the court that he would not practice in the lady judge’s court henceforth. This was his second bail application. Justice Rohit Arya had previously held that despite being married with four children, the accused lawyer engaged in “unethical activity” and his actions embarrassed the lady judge.

Yadav was arrested and charged with offenses under Section 420 (Cheating and dishonestly inducing delivery of property), 467 (Forgery of valuable security), 468 (Forgery for purpose of cheating), 469 (Forgery for purpose of harming reputation) of the Indian Penal Code and Section 41 read with 67 of the Information Technology Act, 2000 (Punishment for publishing or transmitting obscene material in electronic form).

On the other hand, Patna High Court’s single-judge bench of Justice Anil Kumar Sinha granted bail to Jawed Akhtar who was arrested on charges of having posted objectionable content on Hindu deities. He had been charged under Section(s) 153(A), 294 of the Indian Penal Code, 1860, Sections 67 and 67(A) of the Information Technology Act.

While granting bail, the judge observed “the petitioner is a student (20 yrs old) and charge sheet has already been submitted in the matter as well as has no criminal antecedent”. It was also argued that Akhtar had merely ‘shared’ the post of one Reehan Khan. It must be mentioned that even Yadav had no criminal antecedent and yet his bail application was rejected the first time.

As per reports, taking into account the factual matrix of the present case and the fact that he has remained in custody since 9.8.2020, the Bench granted him bail and ordered him to be released on regular bail on furnishing bail bonds of Rs.10,000/- (Ten thousand) with two sureties of the like amount each to the satisfaction of learned Chief Judicial Magistrate.

With such discriminatory judgments, courts seem to be implying that abusing Hindu Devis and Devatas is par for the course and one can easily get away with hurting Hindu sentiments.