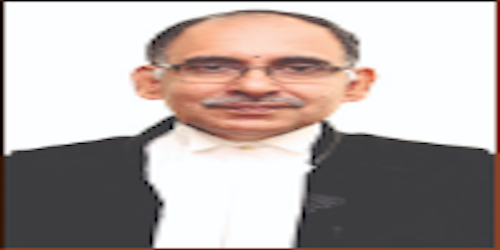 Bharat is probably the only country in the world where time and again the majority community is victimised by the system; from media to police to the courts. In the age of Social Media, freedom of speech and expression seems to be reserved only for Muslims and Christians.

Twitter and Facebook have often times muzzled Hindu voices on their platforms in the name of ‘communal harmony’, while allowing Chrislamics (Christians and Muslims/Islamics) to rant against Hindus and even post derogatory content about Hindu culture and customs during Hindu festivals.

Close on the heels of a Hindu girl, Richa Bharati, from Ranchi being ordered by Judicial Magistrate Manish Singh to distribute Quran as a ‘punishment’ for her ‘communal post’ (said order was subsequently withdrawn after a huge uproar), Chennai High Court has ordered a Hindu youth to pay Rs. 25,000 each to Christian and Muslim charity organizations so as to secure bail for his alleged ‘communal post’ on Facebook.

Selvakumar (26) belongs to Manalaimedu, Nagapattinam district. A few days back he shared a post on Facebook which read ‘We will awaken Hindus! Ramalingam, who was vociferous against religious conversion, has been brutally murdered. This Diwali let us boycott the cloth shop that supported the murderers by not participating in the bandh called by shop owners to protest against the murder’.

After seeing this post, Manalaimedu police inspector Balasubramanian voluntarily registered a case against Selvakumar. Selvakumar then applied for anticipatory bail in this case with the Chennai High Court. In his application, he pleaded that he was merely sharing/forwarding a post as received and that he was not the creator of the post. He also said that he removed the post as soon as the police asked him to do so.

The anticipatory bail plea was heard by Judge C.V. Kartikeyan. During the hearing, Public Prosecutor Shanmugarajeshwaran pleaded that the bail applicant had called for Hindus boycotting the shop belonging to person of a particular community and not purchasing clothes for Deepavali from the said shop. The Public Prosecutor further requested the judge to not grant bail to Selvakumar for his ‘communal’ post.

The judge then proceeded to pronounce the condition for anticipatory bail; while granting which he said that the applicant had ‘posted views that disturb communal harmony’. Therefore, Selvakumar would be granted anticipatory bail on the condition that he has to pay Rs. 25,000 each to the charitable trusts run by Tamil Nadu Muslim Munnetra Kazhagam (TMMK) and a Maliyaduthurai based Christian organization for destitutes.

Interestingly, TMMK is a radical Islamist outfit as this Vijayvaani article tracing its ancestry along with other radical Islamist groups now functioning with impunity in Tamil Nadu, shows –

In 2009, MH Jawahirullah formed a political party, the Manithaneya Makkal Katchi (MNMK), which in alliance with the ruling AIADMK won two of the three assembly seats it contested in 2011. Jayalalithaa’s electoral alliance with MH Jawahirullah’s MNMK, which is the front office for TMMK and TNTJ, has been the single most potent cause for the rising aggression of jihadis in Tamil Nadu’s public life beginning 2011 when the AIADMK dislodged the DMK.”

Just imagine the uproar if a High Court judge had ordered charitable contribution to a Hindu socio-political outfit as punishment to a Christian/Muslim? It would have probably made international headlines by now, as confirmation of ‘Hindu fascism’!

Is it not offensive when Muslims and Christians post derogatory comments against Hindu Devis and Devatas? Does any police officer ever take voluntary cognisance of the same and register a case saying that ‘communal harmony is being threatened’? Calling for protests in a democratic way is the right of every citizen; as in this case where merely an appeal to boycott those who supported the murderers was made.

Just imagine if it was a Christian or Muslim who had called for boycotting Hindu shops? Actually, no need to imagine – consider exhibit A and exhibit B where Hindus were brazenly targeted by the ‘insecure’ minority. Would the said police officer Balasubramanian voluntarily register a case? For far too long the Hindus have been at the receiving end in the name of ‘communal harmony’. Such bias has to stop and if need be a civil movement needs to be started for protecting the rights of the majority and ensuring that they are being treated fairly.