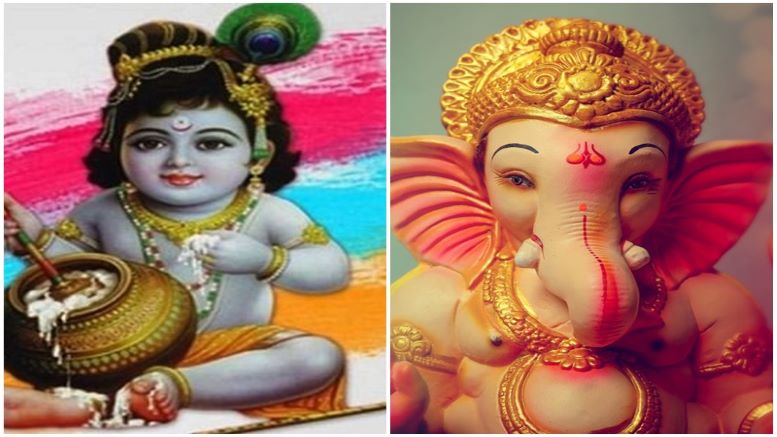 Hindu festivals are a time for state governments and Bharat’s secular establishments to come out with regulations in the name of guidelines. Only recently, the Odisha government had placed severe restrictions on Hindu festivals using the pandemic as an excuse. Similarly, the Uddhav Thackeray-led MVA government has also restricted the celebration of upcoming Hindu festivals of Janmashtami and Ganpati Chaturthi.

As per the Gujarat government guidelines, the night curfew in 8 metropolitan cities will be relaxed in view of the festive celebrations. Night curfew timings in Ahmedabad, Surat, Vadodara, Gandhinagar, Rajkot, Jamnagar, Bhavnagar, and Junagadh are 11 PM to 6 AM at present.

Detailing the guidelines, a report by The Indian Express says:

The statement by the information department stated, “Under the leadership of Chief Minister Vijay Rupani, the core committee meeting has taken certain decisions to ensure that people can celebrate the upcoming Janmashtami and Ganesha Utsav festivals. For Janmashtami, to celebrate the birth festival of Lord Krishna around 12 am on August 30, the night curfew will be implemented from 1 am. A maximum of 200 persons will be allowed inside temple premises at once for darshan while following the SOPs and guidelines related to coronavirus.

The devotees can stand at a distance of two feet from each other and circle the “gol kund” while doing darshan. A maximum of 200 persons will be allowed for Shobha Yatra on Janmashtami on decided routes across the state. No permission will be given for the ‘Matki Fod’ festival during the Janmashtami celebrations.

For Ganesha Utsava celebrations, the night curfew in eight metropolitan cities will be relaxed to 12 am from September 9 to 19. In public places, idols with a height of four feet while in private spaces, idols with a height of two feet will be allowed. Devotees must keep a social distancing of two feet among each other while standing encircling the Gol Kund in temples, following the SOPs.

Permission has been given for only puja ceremony and prasad distribution ceremony at public places where Ganesha Utsava will be celebrated… no other religious or social function will be allowed. For the Ganesha Sthapana and Visarjan events, a maximum of 15 people will be allowed in one vehicle.

The restrictions put in place by the Maharashtra government include the following:

The height of the Ganesh idols cannot be more than four feet. Those celebrating at home will require to maintain two feet distance. Aarti will not be done surrounded by a crowd and idol processions are under government scrutiny.

While it is understandable that the government would want to restrict crowds in view of the pandemic, it beats logic as to how curbing the size of the vigrahas could be of any significance.

Recently-concluded ‘minority’ festivals saw relaxations and mass crowds in almost every state. Despite a raging out-of-control Covid crisis in Kerala, the state decided to remove lockdowns for three days during Bakr-Eid. But with major Hindu festivals around the corner, our secular state’s bureaucracy has started breathing fire and issuing dire warnings, forgetting that festivals are a source of spiritual succor and mental joy for millions, besides providing an important boost for the economy.

At a time when people are just emerging from the psychological stress imposed by the pandemic and serial lockdowns, couldn’t a friendlier approach be taken to urge Hindus to celebrate but with due precautions? Why does our state always talk down to Hindus with contempt? This despite Hindus being at the forefront of the vaccination drive, showing the least vaccine hesitancy among all social groups.