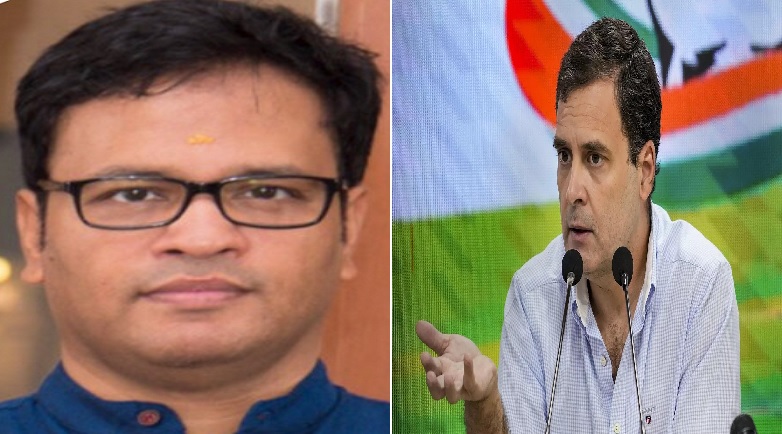 A Congress leader has expressed the desire for Tamil Nadu to become an ‘independent country’.

John Ashok Varadarajan tweeted “I think it’s time for Tamil Nadu to become an independent country” in response to a tweet by TV anchor & political commentator Sumanth Raman. Raman’s original tweet was about the BJP’s statement on the arrest of nationalist social media voices like Maridhas by the DMK regime.

This is not the first time we are hearing a call for sedition and separatism from a Christian with evangelical links. Deputy Director of Bible Open University International(BOUI), pastor K. Upendra from Andhra Pradesh had demanded that Christians be given a separate country by dividing Bharat into two halves.

‘Secular’ forces like DMK and Congress have been stoking soft-separatism for a while now by seeding concepts like ‘United States of South India’, a demand for a separate ‘collective’ of southern states, which was amplified through left-liberal, Hinduphobic media like The News Minute and The Wire.

John Ashok Varadarajan is highly educated and accomplished as per his LinkedIn profile. He graduated from University of Madra, and did Masters in Political Science at an American University. He is currently employed as Vice-Chairman at Roever Educational and Social Welfare Institutions – roever.edu.in. He has previously served for 8 years in the United Nations Interim Administration Mission in Kosovo (UNMIK).

In 2016, John was nominated as co-chair of the Tiruchi chapter of Young Indians (Yi), which is part of the Confederation of Indian Industry (CII). His exact responsibility with the Tamil Nadu Congress unit is not clear, and we will update this article as more information becomes available.

Roever Institutions is run by St. John Sangam Trust, and is active in Perambalur district in Tamil Nadu where they run dozens of institutions. The trust is run in memory of one ‘Father’ Hans Roever, a German missionary who founded a boy’s home back in 1948. Since 1978, Dr. K. Varadharaajen who claims to be the disciple of Hans Roever has been the trustee and chairman of the trust.

Last year, HinduPost had covered how this Christian trust earned the ire of local Hindus in Perambalur as it was trying to usurp the small plot of a Ganesha temple.

As we had pointed out in the earlier article, Christian institutions like the Roever group are deeply enmeshed with government departments like education, women & child development, family welfare, social justice etc, especially in Tamil Nadu.

These minority institutions receive many grants from the secular state, i.e. from taxes collected from majority Hindus. For eg. the Roever educational institutions would be eligible to get a fund of 75% of the total expenditure and subject to a maximum of Rs. 50 lakhs for the strengthening of educational infrastructure and physical facilities in the existing school including additional classrooms, science/computer lab rooms, library rooms, toilets, drinking water facilities, and hostel buildings for children under the scheme for Infrastructure Development in Minority Institutes (IDMI). Any church on Roever campuses can avail the grant-in-aid provided by the minority welfare department to renovate and repair churches amounting to a maximum of ₹ 3 lakhs.

John Ashok Varadarajan has led a privileged life, has received good education, foreign exposure, and is part of a minority institution which our secular state promotes and assists. Yet, Hindu voices like Maridhas standing up for the nation and demanding equal rights for Hindus is so intolerable for him and his ilk, the hate for BJP (a cover for what is actually hate for Hindus?) so deep-rooted, that they would rather form a separate country by breaking Bharat again?