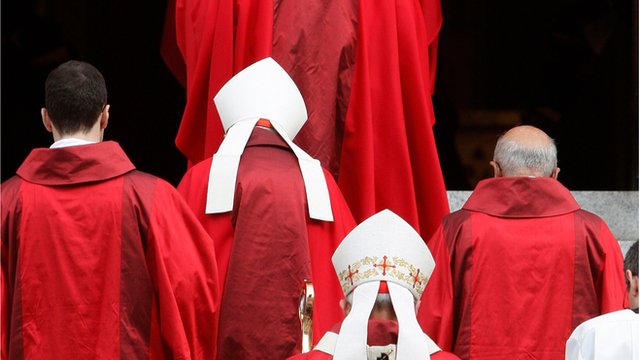 In a shocking incident that demonstrates a cynical contempt for the rule of law and lack of ethical responsibility towards the ‘flock’ (families) it claims to protect, the Vatican has directed the South India Catholic Church to reinstate an Indian Catholic priest who was convicted of sexually assaulting minor girls in USA.

“On August 24, 2005, the diocese of Crookton in Minnesota received an anonymous complaint stating that an Indian priest, Joseph Palanivel Jeyapaul, working at the church had sexually assaulted a minor.

A second victim later came forward. Another young girl who had wanted to become a nun had been sexually assaulted by Jeyapaul. The man hailing from Tamil Nadu rushed back to India and after almost a decade of legal wrangles, he was convicted by the Minnesota court and sentenced to a year in prison in 2015.

After serving a shorter prison term, Jeyapaul returned to India a few months ago. And in a move that has shocked child right activists in the state; the Roman Catholic Church of Southern India has now lifted the suspension against him.

He was sentenced a shorter term in jail based on a plea bargain, with the condition that he does not get back to ministerial duties or get in contact with children.

Sebastian Selvanathan, Spokesperson, Ooty Diocese told TNM, “He was released from the prison in USA through a court order. His case was then referred to the Doctrine of Faith in Rome. According to the direction from there, the suspension was lifted. He has not been given ministry now, if he is given, it will be given with certain restrictions.” Doctrine of Faith is a congregation of the Roman Curia.

Father Gyanprakash Topno, spokesperson of the Catholic Bishops’ Conference of India refused to comment on Ootacamund diocese’ decision. “We cannot comment on the decision sitting here in Delhi. It is the decision taken by the Ootacamund diocese. They must have reinstated him keeping in mind various factors that we cannot at the moment question. As far as I know he is not been given a position as yet,” he said.

This is in clear contrast to the position taken by the Catholic Bishops’ Conference of India in 2010.A plenary meeting of this apex body of catholic churches in India had then said that they would have a zero-tolerance policy to abuse of children in institutions run by the Church.

The church body had then said that “any clergy member accused of sexual abuse would be suspended from all priestly duties, and in extreme cases, the Church would consider defrocking the priest”.

When asked about the Child Protection Policy of the church, Father Gyanprakash Topno reiterated that the decision was by the Roman Catholic Church in South India, and they cannot comment.

Vidya Reddy of – Tulir – Centre for the Prevention and Healing of Child Sexual Abuse (CPHCSA) calls it a case of mockery. “It is unfortunate that child protection is treated so trivially by the church that runs so many educational inst. If this is the way Jeyapaul is being dealt with, what is going to be the church’s response to all the cases in which Indian priests have been accused? It makes a mockery of the recent proclamation by the church that  they will look at child protection seriously,” she told TNM.

Attorney Jeff Anderson of St. Paul, Minnesota, who represented the girls in the case, criticized church authorities for lifting Jeyapaul’s suspension, said, “The Vatican must be held accountable…. This is on them. This is on the pope,” Anderson said.

While Peterson has spoken publicly about her case before in hopes that it would help others, Anderson said she was too upset to comment Saturday. “They’re both quite upset, disturbed and feel deeply betrayed that they would have the audacity to consider even putting him back in ministry,” Anderson said. “To use Megan’s words, ‘They’ll never get it and I’m feeling re-victimized.'”

But why is the Ooty church backing Father Jeyapaul relentlessly?

In 2005, despite repeated letters from Bishop Victor Balke of the Minnesota church, the Ootacamund diocese failed to act against Jeyapaul. Bishop Balke, through several letters, clearly said that he believed Jeyapaul was guilty not just of sexual misconduct, but of financial misappropriation. The News Minute has these letters.

That’s not all. In spite of the complaints, Jeyapaul was made the secretary for the Diocesan Commission for Education in the Diocese of Ootacamund.

Statement of Megan Peterson during the case-

“Father Jeyapaul then told me that it was a sin if I didn’t cooperate. He raped me, both orally and vaginally.

After he was finished with me, he told me that I had to confess. I had always been taught how wrong it was to have pre-marital sex.  I felt as if I didn’t have a choice. So I did as he asked. Most mornings before school or in the afternoons following class, he would continue to rape me while I was in the confessional.  Then he would give me penance.”

Since the late 1980s, several hundreds of cases of child sexual abuse crimes (and subsequent cover-ups) committed by Catholic priests, nuns, and members of Roman Catholic orders have come to light in countries across the world such as Ireland, Canada, USA, Australia, France, Germany, Phillipines, Kenya, UK, Brazil, Chile, Bharat etc. The abused include boys and girls, some as young as 3 years old, with the majority between the ages of 11 and 14. Cases have also been brought against members of the Catholic hierarchy who covered up sex abuse allegations, moving allegedly abusive priests to other parishes, where abuse sometimes continued.

From 2001 to 2010, the ‘Holy See’, the central governing body of the Catholic Church, considered sex abuse allegations concerning about 3,000 priests dating back up to fifty years. Cases worldwide reflect patterns of long-term abuse and of the church hierarchy regularly covering up reports of alleged abuse. Some of the worst physical, sexual and emotional abuse occurred at residential institutions run by various Christian orders.

Church abuse is not just a “Catholic problem”, but is endemic across denominations. As this article says, the 2015 formal apology for 1,885 cases of abuse by the Methodist church in Britan might just be the tip of the iceberg –

“When it comes to issues of sex and violence, most churches are, to put it bluntly, messed up. There are churches that ignore sexual violence while refusing to marry loving couples who happen to be of the same gender. I know clergy who preach of God’s love for the vulnerable, but dismiss the vulnerable when they make allegations of abuse.

Christian communities need to be more questioning, less hierarchical and composed of people determined to treat all others as equals, not to be impressed by status.”

With the homeland of Christianity, the West, just waking up to the scale of the child sex abuse problem involving clergy and priests of all denominations, the problem in Bharat is still largely under wraps. Especially given the huge clout of the generic Christian Church in our media, politics and powerful civil society groups. The PR machinery of the Vatican is especially powerful, as can be seen by the reverential and fawning coverage accorded to the Pope in mainstream newspapers of Bharat. A series of cases of abuse of minors and nuns have surfaced in the last few decades in Bharat as well – most of these have received limited coverage in national and regional media. Few prominent cases are –

Of late, there has been a spurt of cases where horror stories of sexual, physical and mental abuse of children living in residential institutions run by various Christian orders have come to light. The worst has been the case of Grace Home, run by Pastor Jacob John, which was raided in March 2013 – 53 children from North Eastern states like Manipur and Nagaland were rescued by Rajasthan Commission for Protection of Child Rights, child welfare groups and Jaipur Police. 4 children died due to their ordeal, a number of minor girls were sexually exploited, one got pregnant, and many suffered from severe physical deformities and mental retardation.

Will the deluge of such incidents coming to light trigger introspection in the highly insular and centralised Church bodies? Probably not, unless more ordinary citizens start questioning their cover-up and arrogant dismissal of these crimes. The Christians of Bharat will be better served by the Church setting their own house in order, rather than use their media PR machinery in peddling dangerous false narratives like ‘Christians under attack‘ to create a persecution complex in ordinary Christians and target their perceived political opponents.