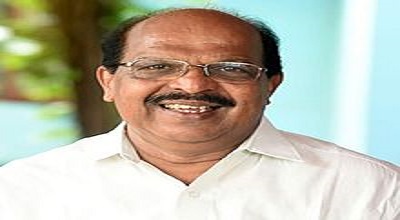 It seems that even though Marxists in Bharat espouse communist atheism, the Abrahamic faiths (Chrsitianity and Islam) hold a special position in their hearts. CPM MLA from Ambalappuzha constituency, G Sudhakaran, who is also the minister for public works in the Government of Kerala, recently said that Hindu sanyasis (ascetic) do not wear underwear, while Christian & Muslim priests are ‘decent’.

Sudhakaran was in the news recently for breaking the election code by peeping into the polling booth when veteran CPM leader VS Achutanandhan was casting his vote. Were Suhakaran’s remarks alluding to sexual licentiousness? If so, he has conveniently forgotten the various sex scandals involving Muslim and Christian clergy that have hit Kerala in recent years.

Such contempt and denigration of Hindu beliefs and practices is common for Marxists. And it is not surprising, given the views on Hindu Dharma of  their ideological fountainhead Karl Marx (1818 – 1883) :

1] “That man, the sovereign of nature, fell down on his knees in adoration of Hanuman, the monkey, and Sabbala, the cow” (The British Rule of India, New York Daily Tribune, June 25, 1853). Marx believed that British rule despite its iniquities was a progressive force for Bharat.

2] “England has to fulfill a double mission in India: one destructive, the other regenerating – the annihilation of the old Asiatic society, and the laying of the material foundation of Western society in Asia” (The Future Results of British Rule in India, New York Daily Tribune, August 8, 1853).

So while communists of Kerala and elsewhere indulge in Hindu-bashing, they suck up to Islamists and Christian missionaries as the support of either of these groups is vital for them to come to power in Kerala. This 2007 article in DNA shows how this vote-bank game works in Kerala.

And believe it or not, CPM’s G Sudhakaran has also written poems in praise of that Muslim ‘icon’ Osama bin-Laden!

Such repeated assaults on Hindu identity and heritage, while molly-coddling the most fanatical elements in Abrahamic society, has resulted in the sorry state of affairs in the country today; all this in the name of secularism.