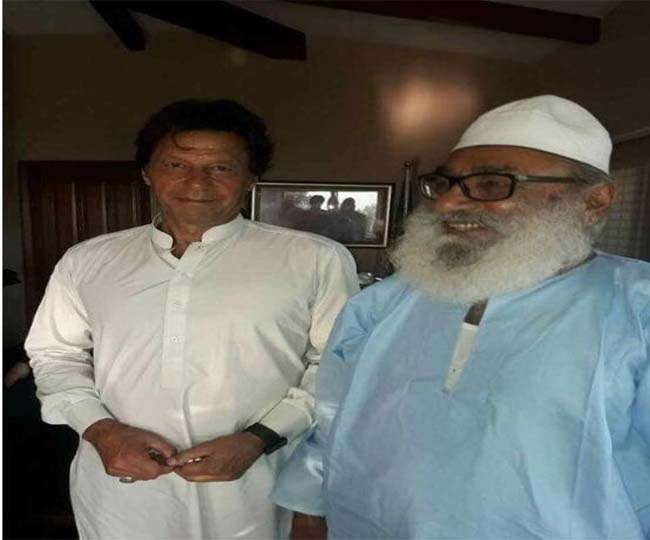 The news of extremist Sufi preacher & Pakistani politician Miyan Mithhu’s role in forced conversion of Hindu Girl Nisha to Islam and her marriage to her Muslim kidnapper has been confirmed. He is infamous for such kind of crimes. Even The New York Times had earlier reported on how Miyan Mithhu with the help of his brother Miyan Shama, current Peer of the Dargah, runs the syndicate of abduction, forced conversion and marriage of Hindu girls to Muslim men.

Just this week, a Hindu girl Nisha of Ghotki district in Sindh was converted to Islam in the Sufi dargah run by Miyan Mithhu’s brother Miyan Shama. Also known as Bharchoondi Sharif, this dargah is identified in the area as the centre of forced conversation of Hindu girls to Islam.

Few years before the incident of forced conversion in Bharchoondi Sharif of Ghotki in Sindh province came into light, a reporter of The New York Times had met Miyan Mithhu and his brother Peer Miyan Shama. Both of them then denied the allegations of forced conversation, but claimed that ‘with their own will’, they have converted 200 Hindu girls to Islam and married them with Muslim men. Pakistan’s Human Rights Commission had itself accepted the fact with the reporter that around 20 Hindu girls are abducted every month for forced conversion to Islam.

Miyan Mithhu’s influence and power can be estimated by the fact that cricketer turned politician Imran Khan has recently inducted him into his political party. He is also contesting elections on Imran’s party ticket. Imran had once caved in on his decision to induct him into his party – ‘Tehreek-e-Insaf’ after facing strong resistance from the Hindus, but he accepted him into his party a few days ago.

Bolstered by Miyan Mithhu’s terror in the region, his brother openly asserted that his aim is to convert at least 2000 Hindu girls to Islam. Ghotki’s people are well aware of his announcement. Even some Pakistani newspapers have occasionally written about the involvement of Bharchoondi Sharif Dargah in forced conversion of Hindu girls to Islam in Sindh. Last year on 19th June, Kamal Siddiqui in Pakistan’s English Daily ‘The Express Tribune’ under the title ‘What A Shame!’ wrote, “Over the past three years, more than 150 hapless Hindu girls were converted to Islam at this shrine. Once a girl is kidnapped, the rest is a staged drama. While the family of the girl runs from pillar to post to get information about her whereabouts, the state machinery works in favour of the kidnappers. After much to and fro, an FIR is lodged but by that time, the Pir in Dargah Bharchundi has already issued a “conversion certificate” and married off the couple. So when the police finally “locates” the couple to present it to a court, all the legal formalities have been completed.” According to Kamal Siddiqui, the crimes of abduction of Hindu girls are rising so rapidly that most of the Hindu parents have stopped sending girls to school.