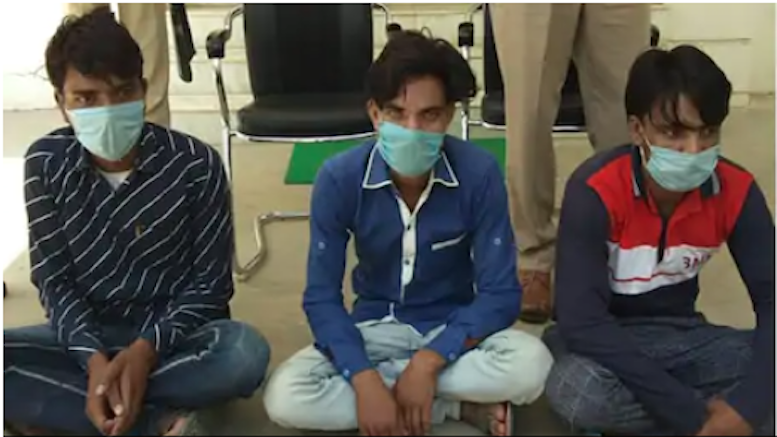 3 men – Nisar Khan, Salman, Zakir – and one juvenile have been arrested for the abduction and brutal gangrape of a 15-year-old Hindu girl in Pachewar police station area, Tonk district, Rajasthan.

On the night of 5th May, two of the accused who were in a car had abducted the girl and took her to a remote jungle location. Their other two accomplices were waiting there. The girl has said in her statement that the four gang-raped her through the night. When she protested, they brutally assaulted her. Next morning, they dumped her outside the village and fled. All 4 accused are residents of Diggi police station area.

The victim’s brother lodged an FIR under IPC 363 & 366 (abduction), 376-D (gangrape) and POCSO. As per this report in Patrika, the family members of the victim have alleged that the investigating officer (IO) tried to intimidate the girl while taking her statement, and the lady doctor who conducted her medical examination passed obscene remarks at her. The IO is reportedly a DSP-level officer in charge of the SC-ST cell in the area, which hints that the girl might be from SC-ST community.

Tonk-Sawai Madhopur MP Sukhbir Singh Jaunpuria, MLA Kanhaiya Lal Chaudhari, SC-ST morcha head Satish Chandel and other BJP leaders went to the victim’s house to commiserate with the family. Upon hearing the allegations about mistreatment of victim by authorities, they staged a sit-in dharna outside the Malpura Additional SP’s office demanding that the IO be changed, girl’s statement be retaken, action against the lady medical examiner, death penalty for the rapists, and compensation including a government job for the victim’s family.

In the video below (warning: distressing image of badly injured victim), MP Sukhbir Singh says that the lady examiner told the victim’s family, “your girl is at fault”, and the accused party is repeatedly approaching the victim’s family to settle the matter by taking money.