The genocidal Christian colonization of the Americas 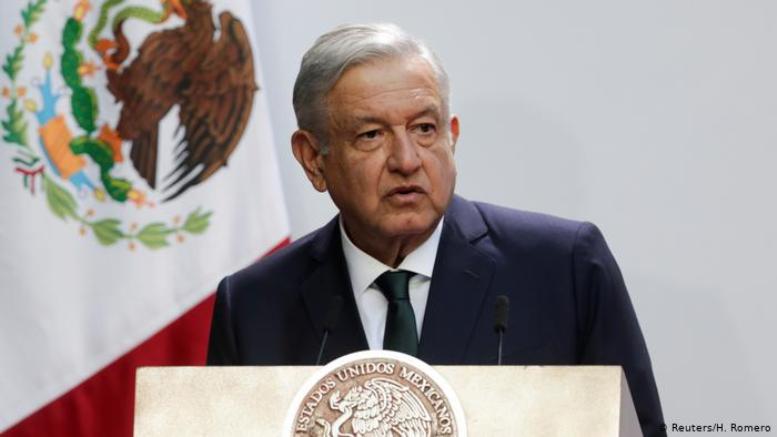 The British are estimated to have taken away $45 trillion of Bharat’s wealth in 173 years and rendered the country impoverished, the after effects of which we continue to experience even after seven decades of independence.

Like Bharat, many other countries continue to reel under the devastating impact of colonialism. In the Americas, colonialism caused irreversible disenfranchisement of the indigenous ethnic groups that remain in the two continents.

Colonial domination in the Americas recently received attention when Mexico’s President Andrés Manuel López Obrador (AMLO) apologized to one such indigenous ethnic group called the Mayans of which around 500,000 live in Mexico. Like other indigenous groups, Mayans faced atrocities like genocide and slavery and remain an underprivileged group that suffer from problems like malnutrition, poor education and poverty. 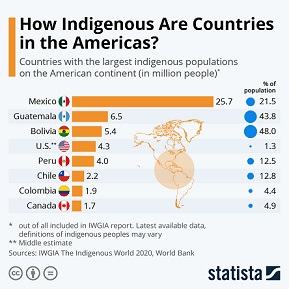 As the chart reveals, the largest populations (in absolute and relative terms) are in Mexico, Guatemala, and Bolivia. Mexico has the highest absolute number of indigenous people while Bolivia has the highest percentage.

Overall, around 50 million people from about 500 ethnic groups live in Latin American countries and account for 8% of the region’s population, but 14% of the poor and 17% of the extremely poor belong to these groups as per a recent report.

The Mexican national government has affirmed that the Mayan culture was obliterated and their people were massacred by the ruling Spanish and Mexican governments. Now Mayan leaders seek national recognition in the government. Mexico’s elections are due soon.

A couple of months ago, it was reported  that Mexico’s President AMLO had asked Spain to apologize for its conquest. AMLO said, “The so-called conquest was fought with the sword and the cross. They built their churches on top of the temples.”

The report describes the brutality of the Spanish conquest: ‘The Oxford Encyclopedia of Human Rights calls Spain’s invasion of the Americas the first large-scale genocide of the modern era.’ Almost 8 million indigenous people were killed in the Spanish conquest and 95% of all indigenous people were killed across the two Americas.

It is appalling that despite the colossal massacres and brutality unleashed on the indigenous people, Spain has refused to apologize so far.

The report also mentions the remarks of Bartolomé de las Casas, who travelled through Spain’s colonies in the Caribbean and Latin America between 1517 and 1540 and documented what he witnessed: ‘systematic torture, rape, and mutilation that Spaniards exacted on the indigenous people…’ Bartolomé de las Casas was a Spanish landowner and priest who gave up his slaves and encomienda in 1515 to oppose the abuse of Native Americans by colonialists.

After conquering Latin America, the Spaniards created the encomienda system of organizing plantation style slavery to force indigenous people to labour in mines and fields. ‘For generations, indigenous people who survived the plague of European diseases worked as slaves, as the Spanish missionaries forced them to adopt Christianity and abandon many of their native customs.’

The refusal of Spain to apologize only reaffirms their adherence to the papal decree of 1493 in which the Pope had authorized Spain and Portugal to ‘colonize, convert, and enslave.’ The decree also justified the enslavement of Africans.

The highly celebrated Christopher Columbus started his voyage in 1492, just a year before this papal decree was issued.  His slave-trading activities in the Americas literally wiped out an ethnic group called the Taino who inhabited the region that we now know as The Dominican Republic and Haiti:

Prior to Columbus’ arrival in the New World, scholars place the population of Haiti/Hispaniola at around 1.5 to 3 million people.

By 1496, it was down to 1.1 million, according to a census done by Bartholomew Columbus, Columbus’ brother.

By 1555, every single native was dead. Every last one.

While the Pope of that time gave religious sanction to colonization in 1493, almost eight decades before such a sanction, Portugal had already set out on its mission of exploitation as seen from the 1415 Portuguese conquest of the Northern African island of Ceuta.

Exploitation has always been the underlying mission of European colonialism along with Christian missionary activity where the ostensible goal is proclaimed to be ‘civilizing the natives’ or ‘saving of souls.’ As de la Casas said, ‘Their reason for killing and destroying such an infinite number of souls is that the Christians have an ultimate aim, which is to acquire gold, and to swell themselves with riches.’