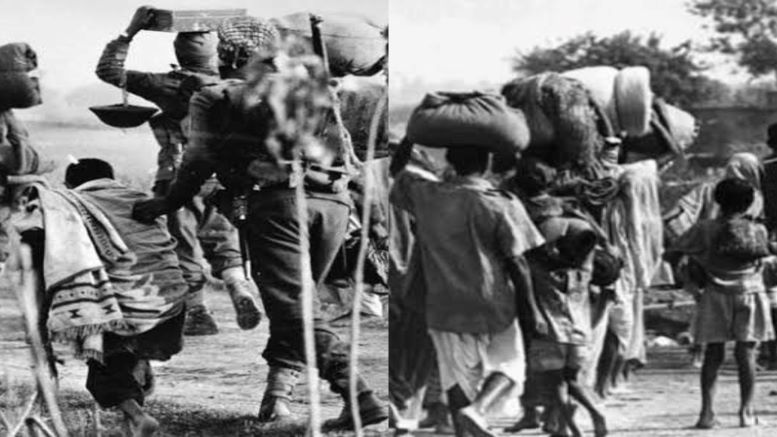 The foundation for this massacre started in 1905 with the segregation of areas based on religion and the formation of the Muslim League in Dhaka to give Indian Muslims a political voice, the very next year. Then came the greatest tragedy in the history of the Bharatiya subcontinent, the partition of Bharat.

Millions of Muslims moved to West and East Pakistan (now known as Bangladesh). The Hindus in those areas moved toward Bharat under threat of forced eviction. History was repeated again in 1971. Approximately 6 lakh people crossed the border following the disturbances after the creation of Bangladesh.

There was a massive exodus of about 75 lakh humans. Many of these migrants were settled in the deep forests of Dandakaranya, the forest that punishes, spread across present-day Jharkhand, Chhattisgarh, and Madhya Pradesh. Some were sent as far as Andamans. More than 1.5 lakh refugees from various regions of Dandakaranya went to Hasnabad railway station in Bengal in March 1978, out of despair. So how did they learn about an uninhabited island deep within the Sundarbans?

The island was presented to the refugees by Left leaders when the party was in power in Bengal and the refugees were in Dandakaranya. An order was passed that no one could take food items, drinkable water, and medicines to the island. A hundred-odd police launches and boats surrounded Marichjhapi. Thus, began government action on the island, which would culminate in the forceful clearing of the entire place in May 1979.

The refugees had transformed the Sundarbans’ wasteland into a thriving village ecology with no support from the government. However, by May 1979, they had been pushed from the island by police who had allegedly set fire to 6,000 dwellings. Nobody knows how many people managed to escape the tragedy.

Marichjhapi was subjected to a forest protection law enacted by the West Bengal government. As a result, on January 26, 1979, an order was issued prohibiting anybody from bringing food, drinkable water, or medicines to the island. The constant police presence discouraged the islanders. Someone came along one night and tossed a bottle of poison into the tube well. The next day, thirteen individuals were killed. Diseases were killing babies like rats, and women were terrified to venture out for fear of being raped by cops. Several boats were hit by police launches and sunk in the middle of the river.

177 died without medical help, 94 children died of starvation, and 24 girls were raped and killed. 239 people hanged themselves. Milk was thrown into rivers.  On 17th May 1979, Buddhadeb Bhattacharya who was a minister of information declared at the writer’s building that Marichjhapi had been cleared of refugees.

(This article has been written by Harshit Joshi & Vaibhav)