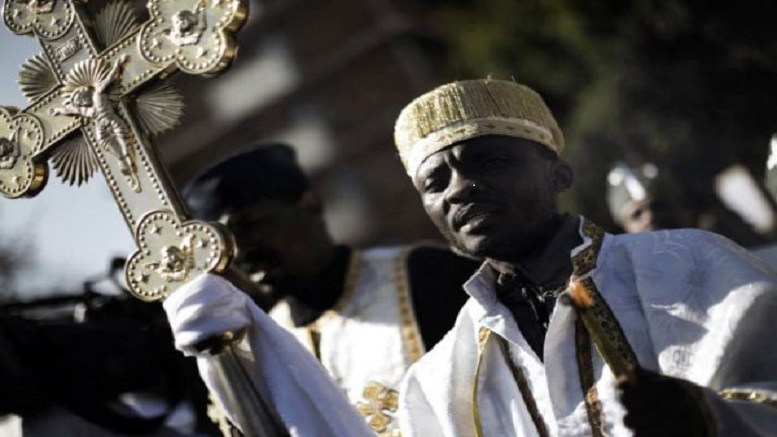 The largest existing Pagan faith today is Hindu Dharma and its sub-groups Buddhism, Jainism, et al. Pagan faiths have existed worldwide like in the Americas where the cultural genocide of indigenous communities by Christians virtually wiped out these belief systems. Parts of south-east Asia which also experienced colonization still have tribes and groups following animism (worship of spirits, belief in all inanimate and animate objects having souls), worship of nature, worship of ancestors and other such Pagan beliefs.

Another continent where Islamic and Christian colonization led to wiping out of the local Pagan belief systems is Africa. Here too, just like in the Hindu Dharma and other Pagan faiths, the belief systems include the worship of ancestors, reverence for nature, and sense of community. Unlike the evangelizing religions, beliefs are not tied with one sacred text and are therefore open to growth and change. In fact, owing to the non-dogmatic nature of these indigenous belief systems in Africa, there existed a multitude of such spiritual paths which got nearly wiped out with the onset of Islamic and Christian colonization in the continent.

A Nigerian native, Jacob Olupena studying in the United States researched the spiritual practises that existed before Christianization and Islamization in the African continent and also studied practises of certain African American groups living in the United States whose ancestors had been brought to the country as slaves. He obtained a Ph.D. in the history of religions. He was able to find commonality of some practises and continuity of certain ancient African spiritual paths such as Cuban Regla de Ocha, Haitian Vodou, Brazilian Candomble, Yoruba, and Ewe-Fon.

To begin with Olupena thinks African spiritual practises should not be called religions because, in the African context, they cannot be separated from the culture, society, and the environment. He believes that African spirituality cannot be classified as either polytheistic or monotheistic using a binary lens. In fact, this principle applies to all Pagan faiths including Hindu Dharma. While some African ‘cosmologies’ have a clear concept of a supreme being, others don’t.

Olupena’s views are endorsed by many Africans:

And I have always believed African religion is embedded in its culture. So we don't have to read it before we practice it, we don't have to work so hard to be accepted before we call ourselves righteous. Our religion was a way of life until it was demonized.

In 1900, most sub-Saharan countries practised a form of indigenous African religion. Today, Christians have grown from 7 million in 1900 to 450 million and Christianity and Islam each represents about 40% of the population. “Christianity is more dominant in the south, while Islam is more dominant in the north.” Olupena says that African practises are strongest in the central portions of Africa although some form of these beliefs can be found anywhere in the continent. And only around 10% of the population still wholly practises African indigenous religions.

Slave trading by white countries has had one beneficial effect: “indigenous African religions have spread and taken root all over the world, including in the United States and Europe,” practised by African diaspora living in these countries. Olupena says:

In other words, pagan pluralism sets minds free and allows for making these practises “dynamic, inclusive, and flexible.”

Evangelization by Christianity and Islam, as elsewhere causes tragic outcomes which Olupena describes very articulately in the African context. He believes that the annihilation of these traditional faiths would mean:

We would lose a worldview that has collectively sustained, enriched, and given meaning to a continent and numerous other societies for centuries through its epistemology, metaphysics, history, and practices. For instance, if we were to lose indigenous African religions in Africa, then diviners would disappear, and if diviners disappeared, we would not only lose an important spiritual specialist for many Africans, but also an institution that for centuries has been the repository of African history, wisdom, and knowledge.

The worry is similar to Bharat’s situation, where, if Sanatan Hindu Dharma is no longer actively practised, generations become uprooted and detached from their own past history, wisdom, and knowledge.

Similar to Bharat where conversion has deracinated people, separated them from their roots, and enhanced the scope for break-India activities, in Africa too, a similar travesty has occurred. Having Africans identify themselves as either Muslim or Christian leads to:

…denying their unique African worldview that has always viewed — as evidenced in their creation myths — everything as unified and connected to the land, the place where one’s clan, lineage, and people were cosmically birthed. Foreign religions simply don’t have that same connection to the African continent.

Just as the creation of Christian fault-lines in Bharat’s north-east has caused serious insurgency issues, Eastern Nigeria (called Igbo land) too has seen similar conflict due to aggression by the Christian converts in the region. A study on this issue found that:

…there is occasional destruction of lives and property and demolition of the people’s artefacts and groves by Christians, and this has led to a reduction in the sources of economic generation of traditional religionists.

Removal of traditional artefacts is reminiscent of similar activities by Christians in southern Bharat, where incidents of crosses being planted to claim temple land or desecration of Hindu Dharmic symbols is reported frequently.

Christian proselytization uses ploys like trying to attribute very ancient antecedents to itself in any geographical location in which it wishes to spread its tentacles. In Bharat, propagandists make claims that Saint Thomas visited Kerala and spread the word of the gospel to Hindu Dharmics, a claim that the Vatican refuted. Not surprisingly, Christian converts of African descent tend to propagate similar claims:

"Christianity in Africa is so old that it can rightly be described as an indigenous, traditional and African religion. Long before the start of Islam in the 7th century, Christianity was well established all over North Africa, Egypt, parts of the Sudan and Ethiopia" — John Mbiti https://t.co/fKlZebnR5E

Like Nigeria, Ghana too has witnessed Islamic and Christian evangelization activities. As one research study shows:

The inception, evangelization and missionary activities of Christianity and Islam in Nkusukum-Ekumfi-Enyan traditional area in the Central Region of Ghana resulted in the conversions of the indigenous people, mainly, from African Traditional Religion (ATR) to the two mission religions. The religious beliefs, practices and the provision of social services of these immigrant religions have impacted on the religious and cultural life of the traditional communities.

…human beings do not live in this world alone; there is a sense of human beings’ close relationship with nature. Humanity, animals and plants have “their own existence and place in the universe as independent parts of a whole.” There are also spiritual beings that are more powerful than humankind and this opens up the African to the divine and to seeking affinity with these spiritual powers. Religious belief is thus diffused in all spheres of life filling them with meaning and significance.

While Islam and Christianity have negatively impacted the lives of the traditional communities, the existence of the traditional African belief system has in fact had a beneficial effect on relations between Christians and Muslims and helped to tone down the hostilities between the two evangelical faiths, a lesson for the developed world which talks down to so-called third-world nations and preaches inclusivity.

But an awakening of sorts is happening among many Africans. For example:

Two things have very become clear to me in 48hrs

1. Religion will destroy Africa faster than anything else and it's time to regulate it. The traditional worshippers whom we assume are in the dark are actually wiser, more discerning and less dangerous to the society.

But the west brainwashed us against No. 3 – which is(was) our very own religion 🤔🤔🤔. pic.twitter.com/gMk4eKeOfU

As Vedic scholar Jeffrey Armstrong articulates in this video, “Christianity destroyed Africa, India and other indigenous cultures throughout the world.” About Christianity he says, slavery and tortue was perpetrated in the name of love. He adds here, “It is time that Islam and Christianity stop using force and destruction to enforce their view on the world.”