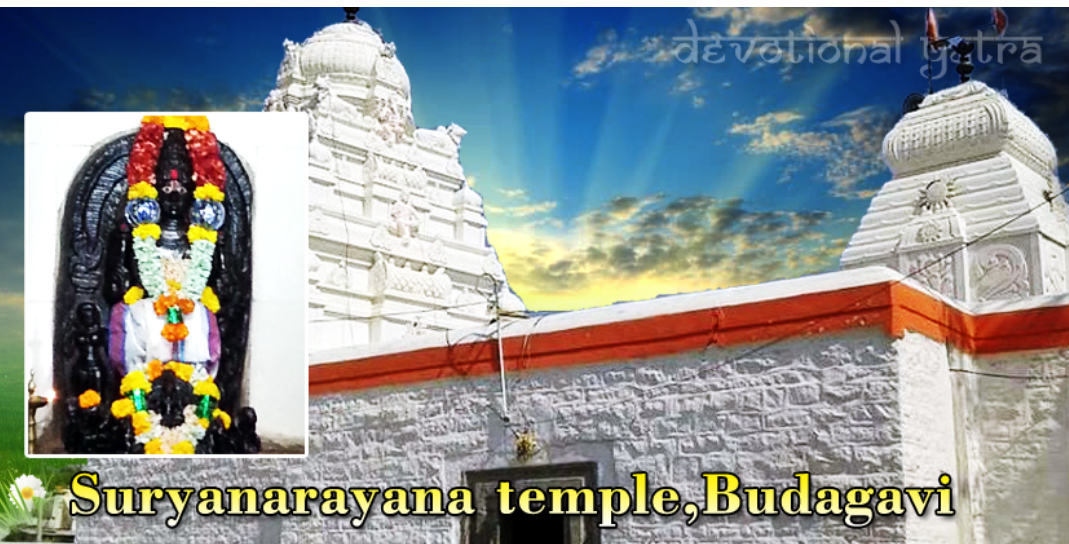 Hindu villagers are now standing up against the institutionalized discrimination meted out to them by the secular Indian state. The Gram Sabha of Budagavi village, Uravakonda mandal, Anantapur district in Andhra Pradesh has filed a petition with the President of Bharat seeking directions to the AP state govt. to maintain status quo and not take over the ancient Surya temple in their village through the Endowments Department.

The AP govt can take over the control of any Hindu temple through the Andhra Pradesh Charitable and Hindu Religious Institutions and Endowments Act, 1987. Similar laws, like TN’s HRCE law, exist in many other states of Bharat, making a mockery of the ‘secular’ ideal which the Indian State officially professes.

The Budagavi Gram Sabha (a body consisting of all persons whose names are included in the electoral rolls for the Panchayat at the village level) has passed a resolution upholding their rights to maintain the ancient temple without involvement of the AP Endowments Dept, reports legal rights body LRPF.

The villagers of Budagavi are demanding their right under Article 26 of the Constitution -freedom to manage religious affairs, i.e. manage their temple. This freedom in practice is given only to ‘minorities’ but denied to the majority Hindus.

The temple is known as Sri Surya Narayana Swamy, Rama Lingeswara Swamy temple. This is what the villagers’ petition to the President of Bharat states –

Sri Rama Lingeswara Swamy Temple (Sri Surya Narayana Swamy temple) is situated in our village Budhagavi which is very ancient, belongs to the 13th Century and is said to have been constructed during the regime of the Chola Dynasty.

Following several representations submitted by the villagers and representatives of Budhagavi village, on 29-03-2010, a No Objection Certificate was issued by the Director, Department of Archaeology & Museums, Government of Andhra Pradesh vide Rc. No. H3/275/2010 to the people of Budhagavi village to carry out certain temple development works with their own resources.

Following the NOC issued by the Department of Archaeology & Museums, Government of Andhra Pradesh, we, the villagers have been maintaining the temple and conducting Utsavas with the financial assistance provided by Shri Kasibhatla Anantha Rama Sharma gaaru without any misappropriation and mismanagement. A society named ‘Sree Surya Narayana Seva Samiti’ has been registered for this purpose in the year 2011 vide registration No. 389/2011.

“Subject to public order, morality and health, every religious denomination or any section thereof shall have the right—

(a) to establish and maintain institutions for religious and charitable purposes;

(b) to manage its own affairs in matters of religion;

(c) to own and acquire movable and immovable property; and

(d) to administer such property in accordance with law.”

Since, Gram Sabha is the highest decision making authority as Gram Sabha may exercise such powers and perform such functions at the village level as the Legislature of a State may, by law, provide under the article 243A of the Constitution of India, in order to protect the Constitutional Rights guaranteed under article 26, we, the people of the village and members of Gram Sabha held a formal special meeting and passed 2 resolutions in this regard. on 18-02-2022 which are provided below:

The Surya Narayana temple at Budagavi is famous for being the only temple where Surya dev faces South (usually the deity faces East). As the site gotirupati.com describes, “The 5 feet Padmapani murti of black granite holding lotus buds is flanked by Usha and Chaya. The Padma stands for wisdom, Usha and Chaya for eternity. As per Hindu traditions, Surya is considered as the only visible form of God that can be seen every day and is regarded as an aspect of Siva and Vishnu by Shaivites and Vaishanvites respectively. Surya is also known as Surya Narayana. Surya, the sun god is also acknowledged as one of the eight forms of Bhagwan Siva (Astamurthi). Surya is the God of light as per Vedic texts. Surya is the literal source of life.”

It is not a coincidence that AP is currently ruled by Y.S Jagan Mohan Reddy, a Christian from a fanatical evangelical family. One of the first acts he did after coming to power in 2019 was making his maternal uncle the Chairman of the TTD, the govt. body which controls one of the holiest and wealthiest Hindu temples in the whole of Bharat.

There were 128 incidents of temple vandalisms in the first 19 months of Jagan’s rule, with some priceless temple chariots, murtis and temple artefacts destroyed or stolen. Appropriation of temple resources continues unabated, and the Jagan government has been supporting evangelicals through unconstitutional schemes and by turning a blind eye to abuse of SC reservation/quota by crypto-Christian converts.

The kind of commitment, knowledge (of their heritage and rights) and tenacity shown by Budagavi’s villagers will have to be emulated by all Hindus if we are to win this war against the secular Indian state that has been hijacked by a Hinduphobic, Nehruvian ruling elite.