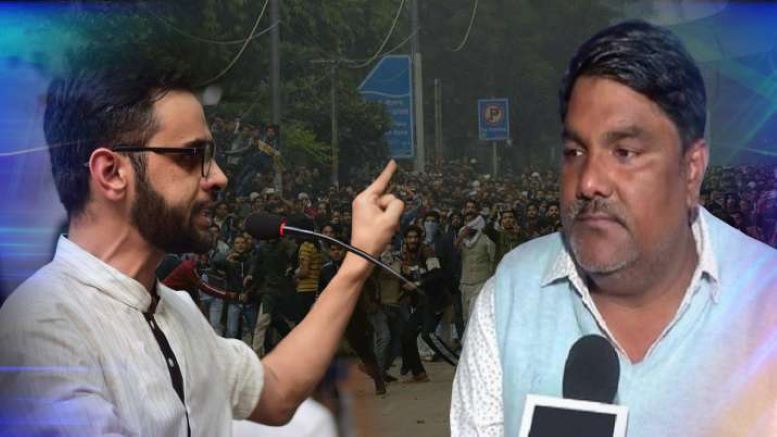 The supplementary charge-sheet in the Delhi riots case indicting JNU student leader Umar Khalid, suspended AAP Councillor Tahir Hussain and others was accepted by the court on Tuesday which found prima facie evidence of a conspiracy by the accused.

Tahir Hussain confessed that he was a part of the ‘United Against Hate’ group and through it, he connected with Khalid Saifi and Umar Khalid. As per the confession, Saifi told him that they will orchestrate “huge riots” which will destabilize the government, and therefore, he should keep men ready at his locality.

Chief Metropolitan Magistrate Dinesh Kumar held that the witness statement confirmed that Khalid being in contact with the chief conspirator of the riots Hussain who financed the communal riots. Court also took cognizance of the prosecution’s contention that the charge sheet clearly mentioned Khalid’s active role in instigating communal riots across several parts of Delhi.

The court order says “due to the instigation by the accused persons, a mob had gathered which had robbed persons and burnt down the properties including houses and shops. They had also destroyed the public property”.

It also took note of the statement of eye witness Rahul Kasana who was then working as Hussain’s driver and had seen the accused distributing money to the persons who were participating in the anti-CAA protest. The witness statement also says that he (Kasana) had driven Hussain to Shaheen Baug where the latter visited the office and was joined there later by Umar Khalid and Khalid Saifi who were seen entering the same office by Kasana.

The magistrate while delivering the order also observed that the witness statement mentioned in no uncertain terms that accused Tahir Hussain came out of the office after about 1-1.5 hours thereby proving that during the relevant time, accused Umar Khalid was in contact with accused Tahir Hussain.

The court also contended that there was sufficient material on record to prima facie show that Hussain was the main conspirator who had funded the communal riots and instigated the mob from his house to rob the persons and to burn down the properties.

The court has issued orders to the investigating officer to provide Umar Khalid a copy of the supplementary charge sheet via the jail superintendent.

While the main charge-sheet naming Hussain among 15 accused was filed in June last year, the police filed a supplementary charge sheet against Umar Khalid on 26 December 2020. The police had arrested Khalid in October last year who was then remanded to judicial custody.

Additionally, Khalid had also been taken into custody in September 2020 in relation to a separate case of riot conspiracy. The police had then booked Khalid under the anti-terror Unlawful Activities (Prevention) Act.

The anti-Hindu Delhi riots were plotted by Islamists led by the likes of Hussain and Khalid in which as many as 53 people including IB officer Ankit Sharma lost their lives.