MP: Hindu girl (13) abducted and raped by Babu Khan for 3 days, police beat victim and try to save accused 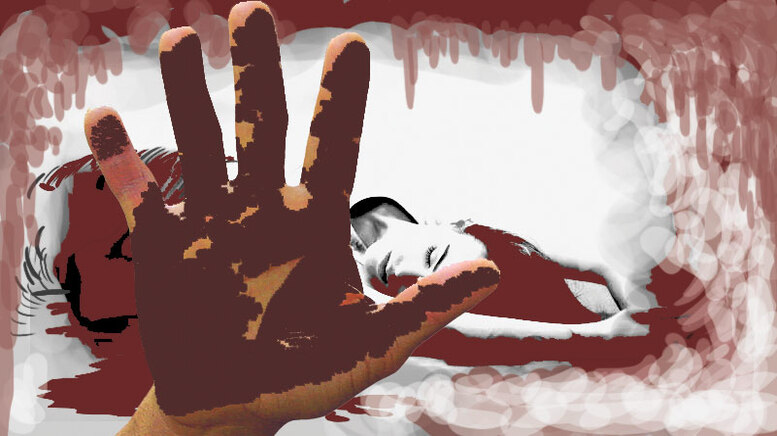 A shocking case of the secular state’s barbarity towards ordinary Hindus has again come to light, this time from Chattarpur, MP.

A 13-year-old Hindu girl from an SC community was allegedly kept at a police station for an entire night and beaten up when she attempted to file a kidnapping and rape complaint against one Babu Khan in Madhya Pradesh’s Chhatarpur city. Three police officers have been suspended in connection with this August 30 incident, according to a senior official.

Babu Khan was finally arrested on September 3 under relevant sections of the Indian Penal Code, Scheduled Castes and Scheduled Tribes (Prevention of Atrocities) Act, and Protection of Children from Sexual Offences (POSCO) Act.

Inspector Anoop Yadav, Sub Inspector Mohini Sharma, and Assistant Sub Inspector Gurudutt Shesha were suspended for keeping the rape victim in the police station, and pressurizing the victim to change her statement in an attempt to save the accused. The case was finally registered after the district child welfare committee (CWC) received the rape complaint.

According to the minor’s mother, the girl went out to play on August 27 but did not return, so her father filed a missing person complaint at the Kotwali police station the next day. On August 30, the girl returned home and told her parents that Babu Khan had taken her to his house, imprisoned her, and raped her for three days.

“We went to the police station to get a complaint registered. Two policewomen put pressure on my daughter to change her statement. They beat up my daughter. Another police officer took me outside. Inside, my daughter was kicked and beaten with belts,” she alleged.

The girl was allegedly detained at the station all night while her parents stood outside. Even on August 31, when they returned to the police station and asked inspector Yadav to open a case, they were driven out, according to the girl’s mother. Finally, on the evening of September 1, police filed a rape charge against the accused but did not file a kidnapping charge, she said. In the FIR, the girl’s age has been shown as 17 years and it does not mention the charge of kidnapping.

According to the CWC, the police appeared to be attempting to save the perpetrator and persuade the victim to change her story. When a CWC team visited the girl’s house, inspector Yadav was with the accused who was in handcuffs; as per law, a rape accused cannot be brought in the presence of the victim.

Unfortunately, such cruelty and apathy towards Hindus seems to be part of the DNA of large sections of Bharat’s still-colonized state apparatus. Law & order worsens whenever a ‘secular’ government is in power as minority fanatics get emboldened, but the colonized attitudes are so deeply ingrained that apathy towards Hindus still remains even when a more nationalist government is in power.

Let’s look at some examples.

In the gory Ankita murder case , SDPO Noor Mustafa Ansari was suspended after he was found trying to dilute the case to save the accused stalker Shahrukh Hussain and his accomplice Naeem Ansari – Ankita was just 15, but her age was shown as 19 in the FIR. Ankita’s family struggled to collect funds for her treatment and she passed away; in contrast, the same Jharkhand govt airlifted a Muslim rioter to Delhi for treatment.

In a similar crime from 2018 from Jharkhand, when 15-year-old Arti Kumari was gang raped and burnt alive by 3 Muslim brothers, ASI Anashwar Singh of Pratappur police station allegedly tried to dilute the case to save the influential accused.

Mona, a recent grooming jihad victim who underwent horrific sexual and physical abuse at hand of her Muslim ‘husband’ and his family, was met with apathetic response by Faridabad and Noida police.

When a 14-year-old Hindu girl was abducted by her 32-year-old Muslim neighbour Saddam Ansari, Delhi Police first refused to even name the accused in FIR as they didn’t want the case to become “communal”. A senior officer shockingly said the minor “eloped of her own will”, exposing basic knowledge of law. POCSO wasn’t applied in the case. Police demanded ‘petrol money’ from the poor family to investigate the matter.

The partisan and hostile behavior of West Bengal Police during the 2021 post-poll pogrom against Hindus had umpteen cases where police threatened and intimidated the victims who dared to file complaints, and in some cases they even asked Hindu women to go and ‘settle’ the matter with Muslim goons to get their husbands released. After dragging their feet for months, the judiciary finally transferred the most serious post-poll crimes to CBI for investigation.

Our courts routinely give bail to Islamists accused of horrific crimes. Naeem Ansari, the man who helped stalker Shahrukh Hussain burn Ankita alive, was out on bail after having been arrested for kidnapping, threatening and forcing a minor Hindu girl to convert. Even if lower courts do their job and pronounce death penalty for an Islamist who raped and murdered a 4-year-old girl, SC reduces the sentence under the “every sinner has a future” collegium doctrine.

While voting for the right party and candidate does make a difference, no government has as yet been able to reform the colonial, Adharmic nature of the Indian State. Only deep Constitutional reform to fully decolonize and rebuild Bharat as a Dharmic Rashtra can create a just and harmonious society.