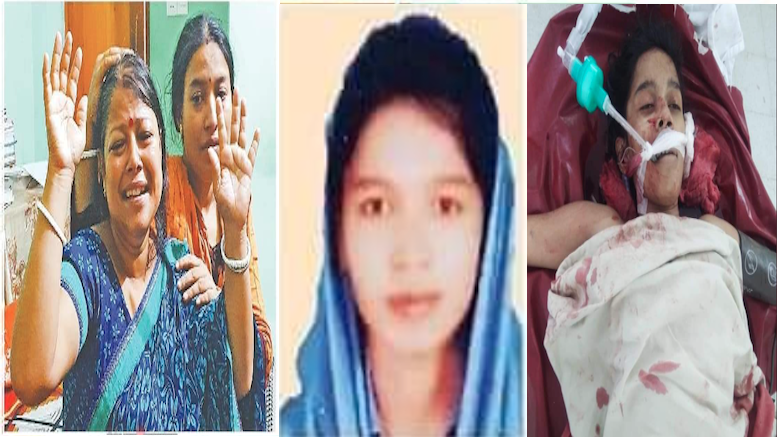 A 14-year-old Hindu girl studying in tenth grade has been stabbed to death by a Muslim man in Bangladesh who had been stalking the minor for some time now.

As per media reports, Nila Roy, 14, daughter of Narayan Roy, of Manikganj was being taken to a hospital by her brother Alok Roy when they were stopped by the accused Mizanur Rahman, 20.

“On Sunday night, Nila was suffering from a breathing problem so I was taking her to a hospital. But on our way to the hospital, Mizan stopped our rickshaw, threatened us with two knives and took my sister hostage. We could not say a word and Mizan took my sister to a dark alley and later stabbed her indiscriminately and fled the scene,” Alok said.

Hearing his sister’s screams, Alok and locals rushed in and took the critically injured Nila to Enam Medical College and Hospital. She succumbed to her injuries while undergoing treatment there.

Relatives of the victim said the murder suspect Mizanur Rahman Chowdhury, of the same locality, had been stalking her for long. He had been trying to groom the minor girl for sex, but Nila rejected him on multiple occasions.

“The schoolgirl has been brutally stabbed at least five to six times. This is clearly a revenge attack and we are trying to catch the prime suspect of the case,” said Saiful Islam, inspector (Investigation) of Savar Model police station.

A heart-breaking video of Nila’s grieving mother, where she is sobbing in front of her murdered child’s textbooks, was shared by a human rights activist –

Disturbing images of the brutally stabbed minor were also shared on social media.

While some media reports are wrongly calling this a case of ‘unrequited love’ turned awry, the truth is that a pattern of such cases wherein minor or vulnerable Hindu girls are chased or pestered for sexual relationships by older Muslim men, and in some cases for conversion and marriage, shows that these are grooming crimes. Often times, it is seen that the perpetrators are motivated by religious ideology which drives them to view non-Muslim girls as legitimate targets for their advances.