Tina Dabi files for divorce from Athar Khan – seculars who gushed over the marriage as example of ‘communal harmony’, now preach privacy for couple 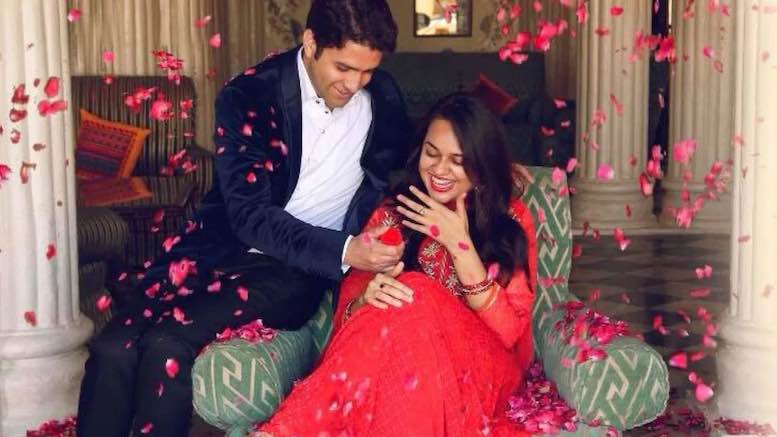 It was a much-lauded marriage in Hinduphobic circles as an example of ‘communal harmony’ that the Hindu masses should learn from. But two years after their wedding, Tina Dabi, who topped the Union Public Service Commission examination (2015 batch), and husband Athar Aamir-ul-Shafi Khan, who ranked second in the same exam, have filed for divorce with mutual consent in a family court in Jaipur.

Many secular celebrities had hailed their wedding as a symbol of ‘communal harmony’. Congress leader Rahul Gandhi had congratulated the IAS couple and had tweeted, “May your love grow from strength to strength and may you be an inspiration to all Indians in this age of growing intolerance and communal hatred. God bless you.”

Notorious agenda-peddling journalist Barkha Dutt had tweeted, “Tina & Athar- you give us hope- your individual achievements & your love for each other reminds us of what India is all about @dabi_tina & @AtharAamirKhan God Bless you both.”

Shashi Tharoor had chimed in, “Warm congratulations to @dabi_tina & @AtharAamirKhan , first and second rank holders in IAS2015, whose achievements are inspirational for thousands of young Indians, on setting another example through their marriage. Wishing them happiness, peace & enduring love& understanding.”

Media outlets could barely contain their excitement at the ideal ‘Constitutional couple’ – Financial Express, India Today all ran puff pieces around the wedding and AAP-leaning anti-Hindu propaganda outlet Janta Ka Reporter (founded by ex-BBC editor Rifat Jawaid) whipped themselves into a frenzy with their coverage of the marriage. The couple themselves have never shied away from the public eye or from speaking about their new-found status as social role models.

But now that the marriage has gone sour, the same preaching liberals are wagging their fingers at people discussing the break-up.

But then again, that attitude sums up an Indian liberal – preach incessantly to (and only to) Hindus, ignore ground realities & historical truths while sacrificing safety and dignity of common Hindus in pursuit of your utopian & delusional ideals, lash back and slander Hindus when they point out your hypocrisy.

One of the pet projects of Indian liberals is to deny the existence of religiously-motivated grooming of Hindu girls by Islamists for sexual exploitation and/or forced conversion & marriage – what masses colloquially refer to as ‘Love Jihad.’ These crimes are witnessed with sickening regularity across the nation, in various forms, but driven by the same religious & social supremacism which sanctions such preying on non-Muslim girls.

Examples of inter-faith marriages like Tina Dabi-Athar Khan, Shahrukh Khan-Gauri Chibber etc. become tools for the Indian left-liberal to dismiss and erase the lived reality of ordinary Hindus who see cases everyday like that of Nikita Tomar, Priya Soni, Priya Chaudhary, Tara Shahdeo, Jaya Bhandari etc. and the hundreds of minor and other girls who fall victim to Islamist preying but remain nameless/faceless (and mostly unmourned) because of the legal directive to protect their identity. Cast your glance at what is unfolding in our Islamic neighbouring nations of Pakistan and Bangladesh, and the chilling reality of the Islamo-fascist targeting of non-Muslim girls cannot remain a ‘Hindutva conspiracy’ for any sane person.

However, Tina Dabi marrying an Athar Khan is NOT an example of grooming or ‘Love Jihad’ because although our education system conditions youth to consider such marriages as desirable & progressive developments (ignoring the harsh socio-religious realities which often come to the fore later in such unions), the fact remains that Tina Dabi took a decision as a mature adult aged 24 and wisely chose to get married under the Special Marriage Act (SMA).

By marrying under SMA, Dabi avoided the mandatory conversion to Islam for nikah (marital contract) under Muslim Law (sharia) where women are significantly disadvantaged when it comes to marital rights, and where they have to depend on husband’s consent and even pay him compensation or plead before a sharia judge to obtain divorce (khula).

In fact, one of the urgent short-term legal remedies to curb crimes arising from such relationships is that any marriage between a Muslim and non–Muslim must be registered only under the Special Marriage Act, after pre-marriage counselling. The minimum age for such marriages should be kept as 25. The minimum age for conversion to Islam should also be set as 25, so that no one can abuse the law by first coaxing/forcing the non-Muslim partner to convert and then marry under sharia after a few months.

And however much our Hinduphobic or American-wannabe liberals try denying the reality of grooming or ‘Love Jihad’, Hindu society must support the work of sites like interfaithshaadi.org and continue spreading awareness among our children about this ugly socio-religious reality.