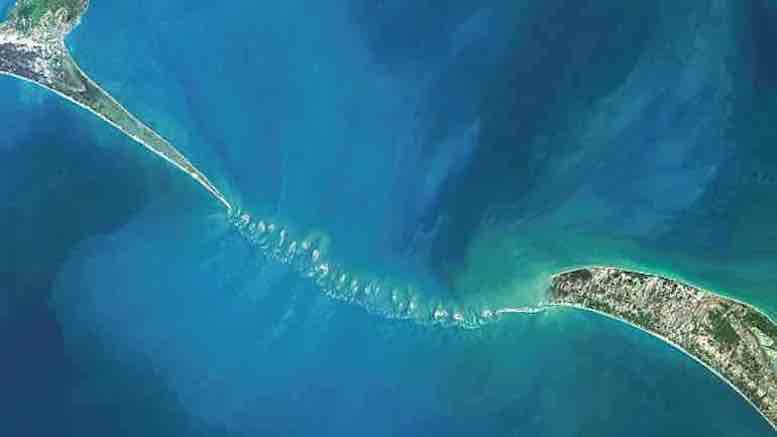 Former Vice Chancellor of the prestigious Alagappa University and President of Dravidian Historical Research Centre, Dr. A. Ramasamy, has filed a petition in the Supreme Court (SC) asking it to not direct the centre to declare Ram Setu bridge as a national heritage monument. This comes in light of the announcement made by ASI that it has approved the underwater exploration of Ram Setu as proposed by CSIR- National Institute of Oceanography in Goa.

The Ram Setu, believed to have been built by Bhagwan Shri Rama while trying to rescue Sita Maa from Lanka as per Valmiki Ramayana, is a holy site for Hindus. Hindus on pilgrimage to Rameshwaram visit Dhanushkodi from where the Ram Setu bridge extends till Talaimannar of Sri Lanka for nearly 30 miles. There have been many controversies around when and how the bridge formed and whether it is man-made. But no serious geological and archeological survey has been conducted in the area so far.

The UPA government in 2005 tried to bring a project named Sethu Samudra Channel that would involve digging up the Ram Setu bridge to form a channel to ease shipping routes between Bharat and Sri Lanka. However due to widespread outrage and the main opposition party BJP’s protest, the project was dropped. BJP leader Subramanian Swamy also played a vital role in scrapping the project by appealing in the SC. When SC asked for expert opinion, the ASI submitted an affidavit saying that there was no ‘scientific proof’ to say that Ram Setu is man-made.

However no detailed research was done pertaining to the fact that the region is not very stable and deficiency of staff in ASI and financial issues. Retired director of Geological Survey of India, Dr. Badrinarayanan noted that GSI in fact did a survey only when the authorities of Sethu Samudram channel project asked them for help in finding the location for the project in 2004-05 period. When he talked about that survey he had this to say about the nature of the bridge.

“For 30 km, nobody dumps materials like that. Obviously, it was dumped to use it to cross the sea. Moreover, they are compact and light. It is also quite obvious that the boulders were used to cross over because in all the bore holes we made in the entire stretch of Adam’s Bridge, we saw the same material. It appears like a rock-filled structure. If it is a geological phenomenon, you will find the oldest formation below and the newer ones on top. I would rather call it an anthropogenic (pertaining to the effect of human beings on the natural world) causeway rather than a bridge.”

Upon research it was found that the corals on the beaches of Rameshwaram were 7,300 years old. On examining the layers of soil and rock formations in the Ram Setu, marine sand was found after top 6 meters and then mixed assemblage of corals, calcareous sandstone, and boulder like materials below them. Below the corals, sandstone etc. again loose sand was found after a depth of 4-5 meters which surprised the geologists.

Dr. Badrinarayanan explained this phenomenon as “Corals are found only on rocks and such hard surfaces. Here, below the corals and boulders, we are getting loose sand, which means it is not natural. And, on top of the loose sand, which was formed when the sea level was low, our divers found boulders. Boulders normally occur on land and they are a typical riverine character. They are not a marine local formation. We feel somebody dumped the boulders to use it as a causeway. The boulders on top of the loose sand are transported to that place.”

Even Discovery Science channel did an episode on Ram Setu and experts appearing on the show said that the age of the rocks in the bridge predates the sand on which they are sitting. The sand was found to be 4000 years old the geologist experts claimed, which matches what Dr. Badrinarayanan said. It is pertinent to note here that in SC, Subramanian Swamy presented the statements of 3 former directors of GSI saying that it’s a man-made bridge.

However Ramasamy who is associated with the Dravidian Movement has cited a 130-year old German study to say that Ram Setu is not man-made. He said in his petition that he can vouch for the veracity of the study because ‘there was no political pressure’ at that time. He has requested in his petition to implead himself in the petition filed by Subramanian Swamy asking SC to direct the centre to declare Ram Setu as a National Heritage monument.

He also took the help of Ancient Monuments and Archaeological Sites and Remains Act, 1958 to dismiss the demand of Subramanian Swamy, saying that Ram Setu is neither a permanent structure nor is it centuries old. Finally he told the court that it’s beyond its jurisdiction to rule on this matter as half of the 30 km bridge lies in Sri Lankan waters. As a rationalist, one might either want to look at the recent studies or conduct a new study when it comes to scientific matters. However here the petitioner, who is a self-declared rationalist following Periyar’s ideology, relies on a 130-year-old study conducted when there was no technological advancement, to obstruct a new study. He is also sure that there was no political pressure on ASI to submit an affidavit saying the bridge isn’t man-made!

He indirectly says that there is political pressure now, when the study he quotes was conducted in the time of British Raj which had anything but scorn for the native Bharatiya. Hindu Munnani, the Hindu outfit working towards Hindu causes in TN, has accused him of being propped up by Dravidar Kazhagam and DMK. The same Ramasamy described the New Education Policy, 2020 as a ‘national injustice’. He was close enough with the late former CM and DMK president M.Karunanidhi to get him for his book release.

While DMK repeatedly says that it’s not a party against Hindus, their mother organisation Dravidar Kazhagam’s activities are totally opposite. DMK uses DK and its assorted organisations like Dravidian Historical Research Center to indulge in anti-Hindu activities while the party leader M.K.Stalin and his son Udhayanidhi pose with Vel in an attempt to counter BJP’s Vel Yatra and shed DMK’s anti-Hindu image which is widespread wide through the state  keeping in mind the impending assembly elections.