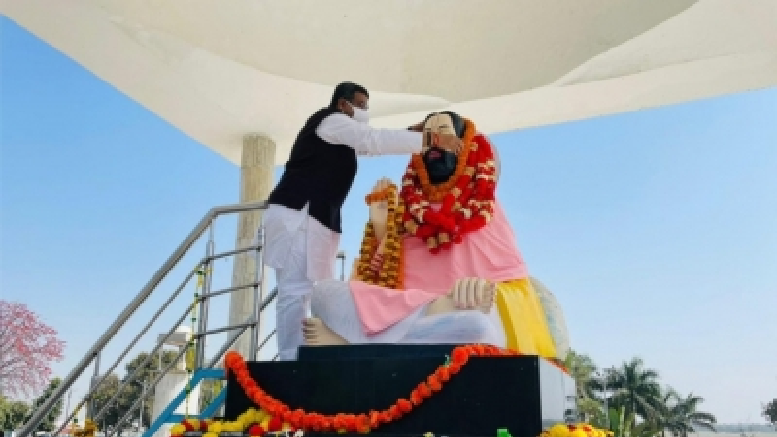 The Sant Ravidas Jayanti celebrations this year promise to be a mega affair since it comes in the midst of elections.

The event had forced postponement of the Punjab elections to enable disciples from that state to visit the mystic poet’s birthplace in Varanasi.

The event has already assumed huge political significance for its Dalit powerhouse image in poll-bound Punjab and Uttar Pradesh.

Celebrations begin on Monday at Seer Gowardhanpur, where the mystic saint was born, with the arrival of Trust chairman Sant Niranjandas from Begumpura in a special train.

The area wears a festive look with pilgrims trickling in from across the country.

The devotees will stay in a tent city that has come up near the Ravidas temple. Two special trains with hundreds of pilgrims from Punjab are scheduled to arrive on Monday and Tuesday, before the main celebrations on Wednesday.

Trust member, Kishanlal Saroa, and temple manager Ranvir Singh said, “The Trust has sent invites to top politicians but the ‘darbar’ of Sant Ravidas is open for all. Anyone can take part in the birth anniversary celebrations. With model code of conduct in force, no politician, however, would be allowed to speak from the dais though they will be free to offer prayers and seek blessings.”

District Magistrate Kaushal Raj Sharma, however, denied receiving the itinerary of any big politician so far.

He said, “All necessary arrangements for conducting Ravidas Jayanti celebrations, including accommodation of pilgrims as per Covid-19 protocol has been completed by the trust. Roads leading to the shrine have been repaired and the area revamped with improved sanitation and lighting.