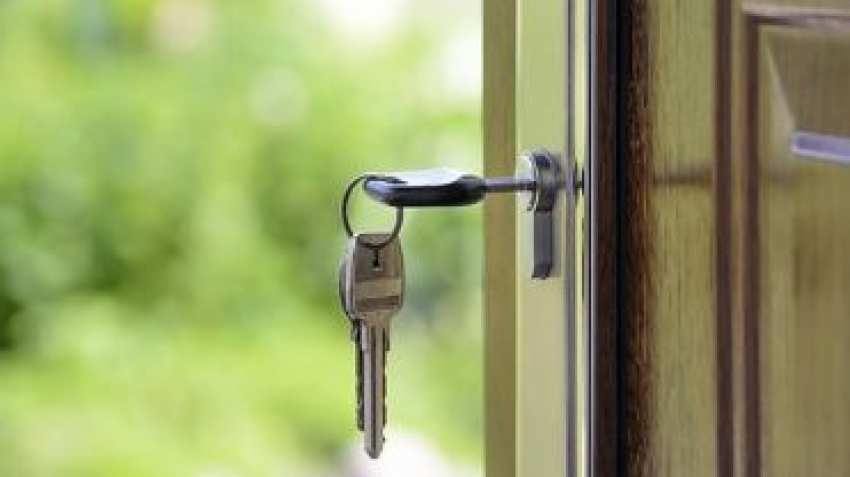 We often hear Muslim celebrities and left-liberals complain about Muslims not getting houses on rent in certain localities, to show how ‘prejudiced’ Hindu society is. Of course, the same chatterati is silent about the much harsher exclusion of Hindus from Muslim residential complexes, or the instances of disturbing harassment and intimidation which Hindus living in Muslim-majority areas have reported – case 1, case 2, case 3, case 4.

There are also disturbing examples of what Hindus who rented their house to Muslims underwent: 61-year-old Rajeshwari was stabbed to death for asking for unpaid rent; a Hindu woman was lured into marriage by her Muslim tenant, later forcefully converted and sexually assaulted by the father-in-law; and Kashmiri Muslim girls decided to play the victim card when their landlady approached police to recover rent and electricity dues.

Below we reproduce a post shared on Reddit by someone from Bengaluru who had given his downstairs house on rent to a Muslim family (husband, wife, and wife’s brother):

So in the month of October, I gave out my 1BHK house for rent to this guy and his wife and her brother. He came and occupied the house on Oct 20th and said that he will be giving the security deposit of 50k (Rent was 7k) at the start of the next month. I thought fine, it’s just after lockdown what can go wrong.

So the next month he gives the 10-day rent of Oct and also only 30k rent and says he will give the rest in the month of December. All good I thought.

The trouble however started from day one. I’ve rented out properties for a long time, been a tenant myself as well. Usually when a tenant moves in they’re pretty quiet and chill and it all goes fine, but not this time. These people would stay up all night and sleep all day. I have nothing against that but staying up and making so much noise (banging on doors, speaking at the top of their lungs, etc) at 3 am is just unacceptable. My parents are a retired couple who just want to get some sleep and not be disturbed. I too would be up all night but it was all work-related. These people didn’t work, according to the guy he had a fish selling business. I would go downstairs and tell them to keep it down, and that my parents needed to sleep. They would stay quiet for like 5 mins and then the noise started again. Eventually, the noise died down by like 5 am when I guess they would go to sleep. Of course, this didn’t happen every night but it happened enough for my parents to lose a lot of sleep and be groggy for the most part.

The guy would also smoke like a chimney and all that smell would rise up and come into our home. The smell was unbearable.

There were other incidents as well like they would leave our front gate open all the time, which led to the local dogs getting in and shit all over our compound. I would tell him he would say ok and then proceed to not do said thing. It was getting really frustrating dealing with the guy and his family. And also initially he was living with his wife and her brother, but then the guy’s 2 daughters, the wife’s sister, the guy’s couple of friends all started living in that house, which was fine but the amount of water they would spend was going through the roof.

So we decided to give him a month’s notice and told him to leave the house on Jan 1st. We had to endure all the problems for another month then Jan 1st came and there were no signs that he was going to leave the house. He also didn’t give the rest of the security deposit or any of the rent since November. He asked us for another 10 days as he was still looking for another house. We thought alright another 10 days but that’s it.

Jan 10th, I go downstairs and knock on the door, no answer. I call his phone he doesn’t pick up. After about 2 hours he calls back and says that he is in Andhra Pradesh for some business-related thing. I ask when is he gonna leave the house. He says he will do it in a couple of days and hangs up. This was the last straw. At this point after cutting the two months rent with electricity bill, water bill, and also since he didn’t even leave the house on 10th I would have to take January month’s rent too, the security deposit had only Rs 4000 left. So we decided to go to the cops and tell them to do something.

On Jan 12th we went to the cops and he was summoned to the police station. At the police station, the guy says that he is having money troubles and that he can only vacate the house on Jan 31st. I did not like that. Another 15 days of sleepless nights for my parents was crazy. But the cops gave the assurance that if anything happened I just had to call them and that he would vacate the house on Jan 31st. Reluctantly I agreed but I said that he would have to give me something in the form of a security deposit as I would have to account for any damages if any. He said that he would be able to give Rs 5000 and I agreed. I also told the cops to take a written statement of all this and that I wanted a copy.

No here’s where the story gets interesting. A few days later on Jan 18th half a dozen people ring our doorbell at 10 pm. They said they were from Crime Branch, showed us IDs, and asked us who was living in our rented house. We told them and they asked if we had a spare key to the house as the guy or anybody weren’t inside, and that they really needed to get inside to do a search. By the time I got the key the guy showed up and they went inside and were searching for something. The crime branch people never gave us any details, just said that this guy was involved. Now I’m not a prejudiced guy but the guy was Muslim and Crime Branch showing up like this was all a bit fishy to me.

The vehicle they were in had Govt of Karnataka stickers on it. After a while, all of them got into their vehicle and left taking the guy with them. So after this, the house remained empty till Feb 2nd.

Then, on Feb 2nd the guy shows up in the middle of the night and asks to get inside the house (I had taken the keys off of him). He says that he wants to take out something from inside and I get suspicious. I call the cops and they show up and then he tells them that he will vacate the house the next day. But right now he needs to get inside and take something. So finally I open the door and me the guy and a cop go inside. The whole house is a mess, he goes in and opens the wardrobe and removes a load of cash. He says it is about 2.5 lakhs. I ask him if he had the cash why didn’t he pay rent? To which he replies he didn’t want to. I don’t know if this guy had some mental illness or what. But that was just idiotic. Then he leaves comes back the next day packs up everything and leaves.

After he leaves I check the house properly. The damages to the house were immense. He broke the commode and the tap in the bathroom, the walls had scorch marks all over the place, I guess he was putting out his cigarettes on the walls.

All in all the money which he gave as a security deposit was not enough to cover the damages and I told him that he had to pay more. To which he flat-out refused. The guy hasn’t shown his face or is picking up my calls. I figure whatever, I am too tired to go behind this guy for a few bucks. At least now my parents can sleep at night peacefully.

Gave a guy and this family my 1BHK for rent. They were absolute nuisances and they didn’t pay rent or give enough security deposit. They stayed for an extra month after the notice period. The guy also was arrested by Crime Branch and was maybe involved in some shady shit. Finally, the house was vacated and there were a lot of damages. But I didn’t want to go after him for it.

Instead of shaming and demonizing Hindus for anything and everything, Muslim influencers and their left-liberal apologists would do well to ask Muslim society to introspect on why other communities are wary of them. But then again, the aim of Islamic supremacists is not to integrate with the majority. They will continue to aggressively play the victim card and gaslight the ‘majority’ till the time demographic crossover is attained in an area. After that, rinse, repeat to nibble off some more territory and create even more no-go zones.