Did the Delhi landlady call her Kashmiri Muslim tenant a terrorist? 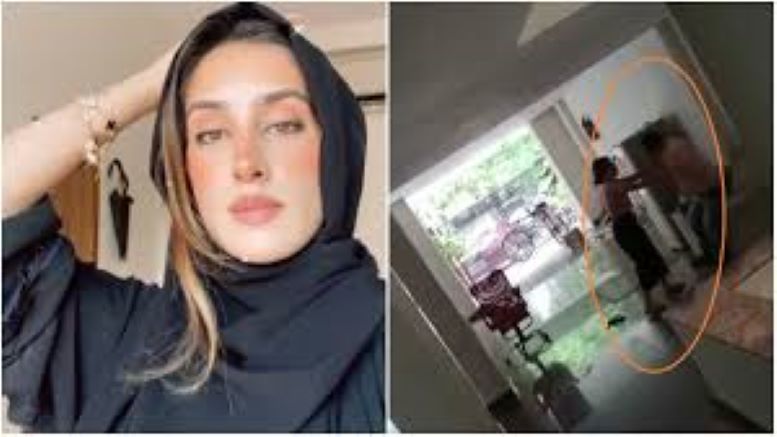 Recently the news of a Kashmiri Muslim woman accusing her landlady of abusing her, calling her a terrorist, and throwing her things out of the house in her absence made it to the headlines and was duly taken up by the Lutyens cabal. The allegations made on Twitter by Fiza Manzoor Bhat alias Noor Bhat caught the attention of a large section of people including the Delhi Commission for Women (DCW) that jumped into the fray.

AAP (Aam Aadmi Party) member Swati Maliwal led-DCW took suo-moto cognizance of the incident and sent a notice to the Delhi Police asking it to take action in the matter involving the Kashmiri women. However, now the other side of the story has emerged and it amply proves how the minority victim card is played at every available opportunity.

Big lies. I am first generation struggling woman enterprenuer ,provide safe comfortable rental for woman. These girls fm Kashmir were made most comforable by me, simply refused to pay rent and electricity.I files many complaints with police regarding their behaviours with me https://t.co/LTDgnSCn9k pic.twitter.com/buCnKnqKPf

Calling out the bluff of Noor Bhat, Taruna Makhija has tweeted saying that she was a first-generation entrepreneur providing safe rental flats to women and that she had made these girls from Kashmir comfortable too. However, she alleged that the girls refused to pay rent and electricity bills and that she even filed a police complaint against the girls for their behavior towards her.

Taruna Makhija runs the firm Femstay which provides residential rental flats to women. The firm had rented one such space to Kashmiri youths Shayaan Mohammad Nazir and Fiza Manzoor Bhat (Noor Bhat). The agreement shows that the flat had been occupied since 2nd June 2020 by Bhat, her sister Yuhanna Manzoor and Shayaan at a rent of Rs 55000 per month.

According to Makhija, the woman who had occupied the flat for around four months neither paid the rent regularly nor behaved in an appropriate manner. She alleged that the girls often created a nuisance in the complex. She further said that electricity bills to the tune of Rs 70000-75000 are yet to be paid by the girls as a result of which electricity connection had been disconnected. However, the girls had set up an illegal connection and were involved in electricity theft says Makhija.

In her statement, Makhija has mentioned approaching the Amar Colony Police Station for their help in vacating the unruly residents. The police are believed to have asked her to settle the issue amicably since it was a civil one.

Furthermore, it has now come to light that the Kashmiri residents had not cleared the BSES electricity dues despite repeated requests, and hence BSES officials had cut power supply to their flat. The women had supposedly even attacked the visiting BSES officials and manhandled them.

OpIndia has exposed the lies of the residents and pointed out how their claim of being called terrorists turned out to be a blatant lie. All the video evidence presented prove that the girls have been trying to build a false victimhood narrative using their Kashmiri Muslim identity which gains instant sympathy from the liberal cabal without as much as verification of the claims.

Taruna Makhija has written a scathing letter to DCW chief Swati Maliwal asking her to not to come to any conclusions without allowing her (Makhija) to present her side of the story before the commission and initiate action only after Makhija presents facts.

This issue is an apt example of how pushing a one-sided narrative suppresses the truth. The leftist cabal always attempts to create a victimhood narrative where minorities are involved even without so much as verifying the facts.