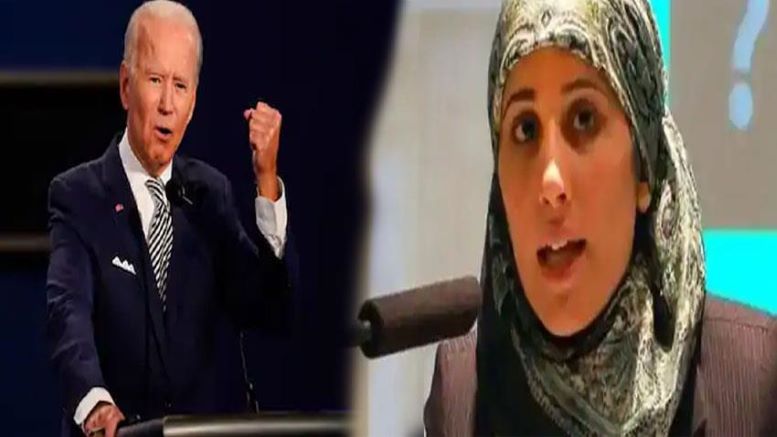 A radical Kashmiri businessman Mubeen Shah held after the August 5 abrogation of Article 370 under the Public Safety Act (PSA) was released in December 2019 under duress from America as Shah’s cousin Sameera Fazili is a member of US President Joe Biden’s team. In a rare occurrence, the J&K (Jammu & Kashmir) administration even withdrew the PSA against Shah.

Radical Kashmiri released due to US connection

Mubeen Shah is not just another ordinary businessman but one with radical anti-Bharat views as is evident from his alleged Facebook post.

Despite such radical views, his cousin Sameera Fazili who is a part of the Biden administration was successful in prevailing upon Delhi to release Shah. What’s worse is that the PSA against the radical Kashmiri businessman was also withdrawn.

Sameera’s sister and ‘human rights’ lawyer Yousra Fazili was among those who testified in the November 2019 US Congressional hearing.

In this regard, The Indian Express reports:

In her testimony, Yousra added that she and Fazili had dialled friends in the State Department on learning about Shah’s arrest on August 8, 2019. And that they were only able to confirm he was imprisoned in Agra after the State Department placed an “informational request” with the Indian government on his status.

“My cousin Mubeen has been made an example of. His imprisonment sends a strong signal to the people of Kashmir that money, family and status mean nothing in the face of Indian capriciousness,” she said in her testimony, going on to talk about how “armed forces are conducting night raids on homes and pulling young men and boys from their beds into military custody” in Kashmir.

Her cousin, she said, was “not a politician or a dissident, he isn’t a freedom fighter, or even a kid in the street throwing stones. He’s just a businessman. His life’s work has focused on bringing economic opportunity to Kashmir”…

…Shah’s arrest had also been mentioned by Indian-American Congresswoman Pramila Jayapal at the first US Congressional hearing on Kashmir on October 22, 2019, who flagged his poor health. She wanted to know if the State Department had raised the matter of his arrest with the Indian government, and was assured by Alice Wells, then Acting Assistant Secretary for South and Central Asian Affairs, that the US government had taken up Shah’s case with Delhi.

Following the intervention by the Fazili sisters, their Delhi-based niece and Jayapal, Shah’s wife and his brother had been able to visit him in Agra.

While Yousra would like us to think that Shah was just another Kashmiri businessman wanting to ‘bring economic opportunity to Kashmir’, Shah’s own post is testimony enough of his radical views where he terms Bharatiyas ‘outsiders’. It must be noted that Shah himself is based in Malaysia.

It is pertinent to note that the J&K police had sought to arrest Shah in October 2020 for his purported post calling for the ouster of ‘non locals’. The police had even initiated the process declaring Shah a proclaimed offender and moved to attach his Kashmir properties but there has been no further development in that regard.

US interfering in Bharat’s affairs?

The question that arises is doesn’t this amount to interference in Bharat’s internal affairs? National security should weigh above everything else but such undue pressure from international actors in the name of ‘human rights’ undermines the safety and security of Bharat.

Every sovereign nation has the right to act against individuals or organizations on the basis of information available at its disposal and it is the sole prerogative of the said nation to take action in its national interests. Doesn’t giving in to such pressure tactics open the floodgates for higher instances of undue influence being brought upon the government in future?