Another gem from Nehru: “Enough of Rama, Krishna – 3,000 yrs of deities got us slavery, poverty” 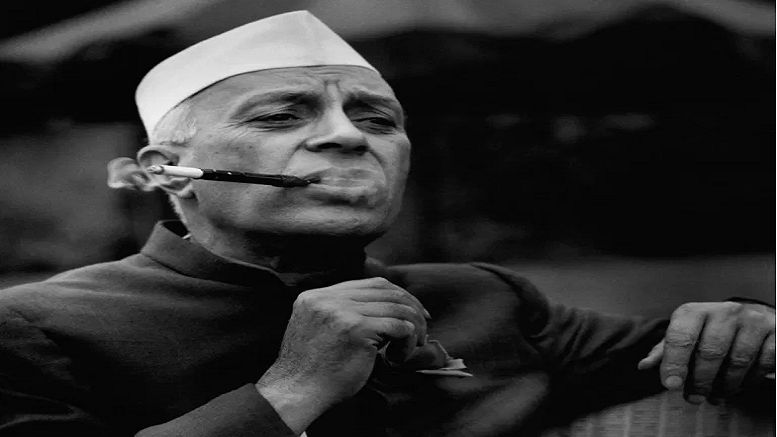 By now, it is very well known that Jawaharlal Nehru, Bharat’s first Prime Minister (PM) harbored a deep hatred for Hindu Dharma. Nehru made no bones about the fact that Hindu temples repelled him while he considered the Taj Mahal to be a “delight to the eye and spirit”.

In his book The Meaning of India, a collection of literary-philosophical essays by writer and philosophy professor Raja Rao, Rao recalls a meeting where Nehru told him “Enough of Rama, Krishna — 3,000 yrs of deities got us slavery, poverty”. Rao recalls his conversation with Nehru when the latter was staying in Germany’s Black Forest and the former went to visit him from the French border town named Mulhouse.

This meeting must have occurred in 1935-36 when Kamala Nehru was admitted for tuberculosis treatment in a sanatorium in Germany.

During their conversation over lunch regarding God, Rao writes:

‘You certainly believe in something, Panditji? In some form of Deity, in philosophy?’
‘Deity, what Deity?’ He twitched angrily. ‘Why Siva and Parvati, Sri Krishna!’
‘Three thousand years of that and where’s that got us— slavery, poverty.’
‘And incomparable splendor, even today.’

‘What, with twenty-two-and-a-half years of life expectancy and five pice per person per day of national income? We’ve had enough of Rama and Krishna. Not that I do not admire these great figures of our traditions, but there’s work to be done. And not to clasp hands before idols while misery and slavery beleaguer us.’

Such was the extent of Hindu hatred that Nehru was mocking Hindu deities and blaming them for the conditions created by Islamist invasions followed by the British colonial exploitation. The three thousand years that Nehru dismissed included the period when Bharat’s civilization was at its peak. From sciences like metallurgy, mathematics, medicine, astronomy, navigation to arts like sculpture, music, dance, drama to multiple streams of darshana (philosophy), we were world leaders in every aspect. Even for the most colonized and self-alienated of Bharatiyas, testimonies of foreign travelers like Megasthenes and Hsuan Tsang have documented the richness of thought and material achievements of Bharat.

And how could the Cambridge educated Nehru be oblivious to the book ‘A Case for India’ written by US historian Will Durant in 1930, in which Durant called British rule in Bharat “the greatest crime in all history.” Bharat contributed 30% of the world GDP when the Islamic invasions started, and by the time the British left, we were contributing under 5%!  Yet, Nehru felt pride in claiming that he was the ‘last Englishman to rule India’

Nehru was in all respects the archetypal Macaulayist, Bharatiya in appearance, and British in thought. No wonder, the sight of Hindu temples didn’t please his eyes, and nor did Hindu deities appeal to his soul. The British left physically in 1947, but they had managed to plant their chosen successor as Bharat’s first PM, a man who ensured that we remained mentally colonized and whose dark legacy continues to shackle us to this day.