#Shramdaan is not something new, as we have been doing this traditionally too. Everyone remembers the way people would come together in villages, colonies to clean up during festivals and other occasions. #Shramdaan not only achieves cleanliness but also bonding between people for a cause of cleanliness that no one could be opposed to. It promotes camaraderie which has its foundation in hard-work and selflessness.

With our Hon. Prime Minister Narendra Modi leading from the front, we citizens were never this aware and energetic about working for a Clean Bharat as now. This presents us with a never-before opportunity to rally people around the noble cause of cleanliness which we are attempting through Shramdaan. Imagine a population of 125+ crores and each one of them taking ownership of cleanliness!! Can there be a single corner in the entire nation that will not be clean?? #Shramdaan is an opportunity for everyone to claim their stake in cleanliness and command HOW CLEAN they want their surroundings to be.

Seeing the brilliant work being done by numerous groups, and with a vision to enable smooth flow of communication and ideas between these selfless groups, the idea of @ShramdaanIndia came into being.  To put it  simply, it is a forum which comprises of groups/citizens who have come together to take ownership of cleanliness and to clean up public spaces thereby commanding a say in the way #MyCleanIndia / #SwachhBharat is being achieved. This is important considering the fact that no campaign will sustain in the long run without public participation. And the primary objective of every group doing Shramdaan is a positive community mobilization only.

On 23 Nov 2015, few groups from different parts of Bharat came together to do #Shramdaan which involved coordinated efforts by different voluntary groups towards improving cleanliness & sanitation situation in their respective cities. All of them used a Whatsapp group – SHRAMDAANINDIA to pool in ideas, share their work and appreciate whatever good was being done. This was appreciated by Ho. Prime Minister himself when he Tweeted :

Taking Swachh Bharat Mission to all parts of India…#Shramdaan is a very good effort. https://t.co/Y9JZrs2G5I #MyCleanIndia

In his Mann Ki Baat address to the nation on 25th September 2016, Hon.Prime Minister Narendra Modi appealed to the citizens of Bharat to devote a few hours for Swachh Bharat by participating in various cleanliness activities. He also urged citizens to share pictures and videos of their ‘#Shramdaan’ and further strengthen this mass movement across the country.

Almost 17 months later & after regular Shramdaan & continuous interaction between these different groups, it can be said that , thanks to the determination and perseverance of these individuals and groups, a certain stability & continuity has been achieved & they are ready to scale up Shramdaan to new heights.

A Shramdaan Conclave is being organized by Raipur District Administration (Chhatisgarh) and the volunteer Group – BUNCH OF FOOLS on 15-16 April 2017. Papers & presentations from different groups have been invited. The conference seeks to define and draft a clear course & model of public participation in Cleanliness & Sanitation. The aim is also to deliberate upon channelizing the energy of masses towards #SwachhBharat.

The conclave is a historical step which will surely pave way for massive citizen participation in the Swachh Bharat efforts by a government which considers cleanliness as one of its top priorities.

Here are the names of a few of the groups who will be attending the conclave at Raipur, bringing with them their experience and innovative ideas. Their contribution to Swachh Bharat is remarkable and they have managed to change perceptions in a big way from wherever they hail from . 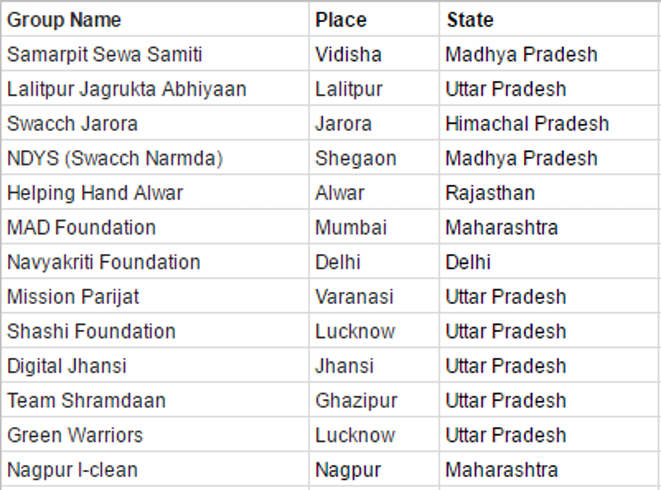 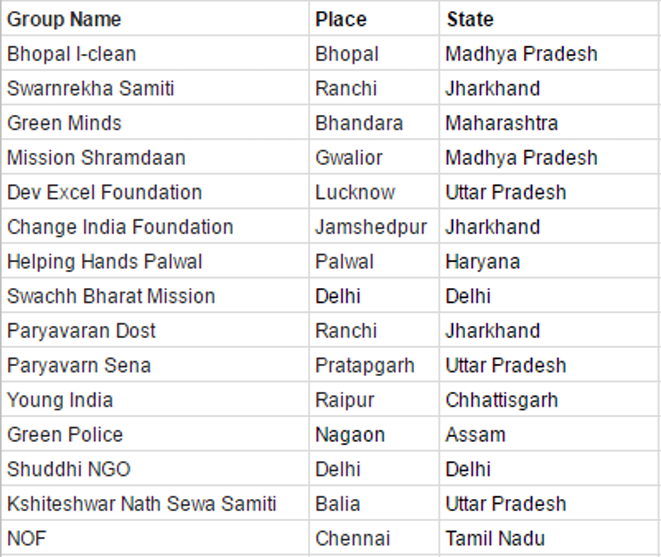 The main objective of the two day conclave is to enhance public participation in the Swachta Mission.

Plastic: From Waste To Wealth

Pune Citizens Take to Streets in Support of Demonetization