Plastic: From Waste To Wealth 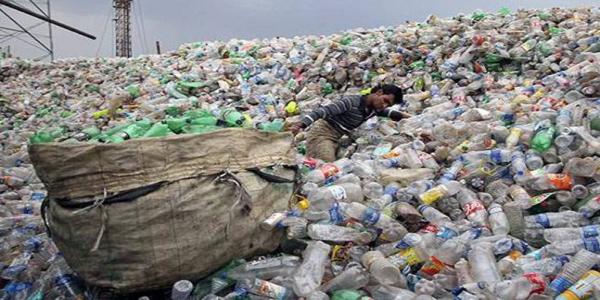 There are 638,588 villages in Bharat as per the 2011 census. 40% of villages in Bharat do not have access to all-weather roads. Bharatiya roads carry around 90 percent of the passenger traffic and 65% of the freight traffic. Therefore, road network is the main back bone of Bharatiya economy. Studies also reveal that the penetration of proper health care, education, banking and other non banking financial services in villages is directly proportional to the presence of proper road network. Around 66% of rural population does not have access to critical medicines and 31% of the people in rural Bharat have to commute more than 30 km to avail healthcare.

While National Highway and Railway ministries have lined up long-term CAPEX plans, the most neglected area is rural roads. According to various studies, due to the weak logistics and connectivity, transportation cost in Bharat is 10% more than the global standards. Through adequate repair and maintenance of the main arterial network, an amount of    Rs. 15,000 Crores per annum could be saved. Out of that Rs. 2,500 Crores alone would result from fuel savings. That, in turn would result in major savings in foreign exchange since Bharat imports major portion of its fuel requirements. (The above figures are as per the study of world bank in 1990. The estimated overall cost savings and fuel savings at present value are likely to be much larger than Rs. 15,000 Crores and Rs. 2,500 Crores respectively.)

Currently the village roads are being constructed under EPC (Engineering, Procurement and Construction) model where the government is fully funding the cost of construction under PMGSY (Pradhan Mantri Gram Sadak Yojna). Even today nearly 35% of villages do not have access to all-weather roads. The all-weather roads currently being constructed under PMGSY are not long-lasting and they need to be reconstructed every ten years. One needs to find a long-term solution to this problem since the road connectivity in Bharatiya villages will address the problems of reducing the poverty, improving the education, healthcare, access to post offices and banks as well as enhancing the mobility of people and goods that are vital to develop the overall rural economy. Good quality village roads that last longer will connect and integrate the rural economy with the urban economy for a sustainable and inclusive growth.

Studies indicate that the initial road construction cost is much lower compared to the subsequent maintenance costs in Bharat. This is more so in the context of village roads and it will pose a recurring annual financial burden to the government for ever. As per the PMGSY scheme the roads are to be guaranteed defect free by the contractor for a period of 5 years and maintained by him/her under the contract. Subsequent maintenance cost is to be provided from the respective state budget. The roads are to be transferred to the district panchayat for further maintenance.  Under PMGSY all-weather road means the one which is negotiable in all seasons of the year. This implies that the road-bed is drained effectively but this does not necessarily imply that it should be paved surface with black topping or cement concrete. A gravel road can also be an all-weather road.

IDA ( International Development Association) which has collaborated with the World Bank in funding the rural roads has said “For every Rs 10 lakh spent on rural roads, 163 people were lifted out of poverty.” IDA further said, “Farmers received better prices for their products by accessing markets directly and cutting out middlemen, and spoilage of perishable produce reduced. Agricultural and animal husbandry practices were modernized.”

Considering the fact that nearly Rs. 2 lakh crores spent under PMGSY covering more than 5 lakh km and 2 lakh habitations that impacts the lives of 83.3 crore people living in villages out of which 22% are below the poverty line, we also should focus on developing village roads that are long-lasting for sustainable and inclusive growth.

Plastic roads will be an ideal solution to build long-lasting roads in villages. It is a concept of converting waste plastic into effective substitute/ adhesive to bitumen in building plastic roads. They are a boon for Bharat’s hot and extremely humid climate, where temperatures frequently cross 50°C and torrential rains create havoc, leaving most roads with gaping potholes. Field studies have also proven a decrease in the deflection and roughness of the plastic road surface compared to that of conventional bitumen. This in turn reduces vehicle operating cost and travel time. Also, when used in roads, the plastic does not reappear in any form which should be a great relief to the environment.

Pollution levels will come down since plastic is non-bio-degradable, so plastic roads will eliminate such waste from the environment to a large extent. Bharat generates around 56 lakh tonnes of plastic waste annually. The plastic waste collected and recycled in Bharat is estimated to be 9,205 tonnes per day – that constitutes nearly 60% of the total plastic waste in the country, whereas more than 6,000 tonnes of daily plastic waste remains uncollected and littered.

According to OECD, not only 40% of Bharat’s municipal waste remains uncollected but a major portion of the collected municipal waste is not recycled.  Burning of municipal waste is a common practice in Bharat, which results in releasing toxic chemicals into the air. This creates major environmental, social and economic challenges to the country as a whole. Therefore, plastic roads offer a onetime permanent solution to this problem. It is estimated that the total plastic waste available in the country would not be adequate if all rural roads in Bharat are converted into plastic roads!!!

States like Tamil Nadu, Himachal Pradesh, Maharashtra, Karnataka and Andhra Pradesh have made a beginning in laying plastic roads. Tamil Nadu is ahead of other states in encouraging the laying of such roads. R & D efforts are also more in Tamil Nadu on the these roads.

Thiagarajar College of Engineering, Madurai under Dr.Vasudean’s guidance has obtained patent from Government of Bharat in 2006 for the technology developed by them on plastic roads. This technology has been successfully tested in Tamil Nadu, Himachal Pradesh, and Jamshedpur town among several other parts of the country in the construction of plastic roads.

Indian Roads Congress (IRC) has recognized the efforts of Thiagarajar college of engineering (TCE) in December, 2013 by giving national level certification to their technology. Tamil Nadu government has allocated funds from environment protection fund to various self-help groups to run collection and processing centers for waste plastic in 20 locations in 16 districts of the state.

The first ever plastic road (60 feet long) was laid inside the TCE campus in 2002 as a pilot project, followed by a 700 meter long road in Lenin Nagar, Kovilpatti, in the same year. The industrial town of Salem is known to be the first in the country to lay a 350 meter road on an experimental basis using plastic tar technology in 2004. From then on, the technology has been used in several parts of the country.

To date, more than 5,000 kilometers (3,000 miles) of plastic roads have been laid in at least 11 states. The Central Pollution Control Board and the Indian Roads Congress, two leading government bodies, have endorsed the methodology adopted in construction of these roads. Multilayered wrappings consisting of plastic, polyester and aluminum occupy the major quantum of waste in the country that is very difficult to recycle in normal course. These multilayered wrappings, however, can be shredded and reused as substitute for bitumen in road construction.

To lay one km of plastic road 3.75 m wide, 9 tonnes of bitumen and 1 tonne of waste plastic are required for coating. A normal road requires 10 tonnes bitumen for each kilometer. One tonne of plastic waste is equivalent to 10 lakh carry bags. Chocolate and biscuit wrappers, tea cups, polythene bags or any other form of waste plastic, can simply be shredded and used. Different types of plastics collected need not be segregated while processing. When this technology gains popularity, waste plastic will gain prominence and no wonder a day will come when people would sell their domestic plastic waste instead of throwing them into the dustbins.

The major operational issues or hurdles in processing the plastic waste are as follows:-

Therefore, the government should encourage the contractors to go for plastic roads in districts and villages.

Government has taken up Swachh Bharat Abhiyan for a clean Bharat. Collecting and processing waste plastic and using it in road construction will only add impetus to the Swachh Bharat Abhiyan and make it more effective. In the process we will be able to convert waste into wealth and improve the welfare of the people by protecting the environment.