Man assumes fake Hindu identity to dupe a widow, forces her to convert & marry, prostitute herself 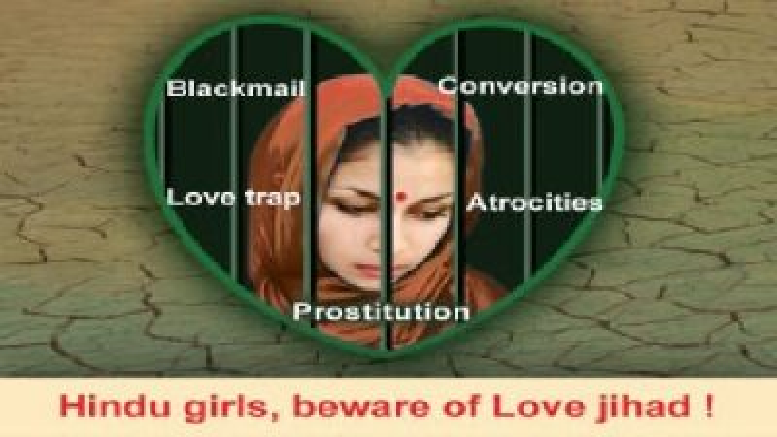 Yet another case of a Muslim man assuming a fake Hindu identity to sexually exploit a woman has come to light, this time from Panipat in Haryana. A Muslim youth, Nizamuddin, took on a Hindu name to dupe a widow. He later forced the 25-year-old woman to marry him at knifepoint in a nikah ceremony at a madrassa when she refused to marry him on learning his true identity.

Furthermore, it has been learned that he even forced the victim to have physical relations with his friends in exchange for money and also compelled her to have unnatural sex with him. He and his family subjected her to physical abuse when she became pregnant.

As per available information a case has been registered against three people including the woman’s husband on the basis of her complaint. In her statement to the police, the woman has stated that she is originally a resident of Rae Bareilly who was married to a Panipat resident. Her first husband, with whom she has three children, died in a road accident in 2017.

Following the death of her husband, she had to do odd household chores to maintain her family. It was then that a Jatal Road resident who introduced himself as ‘Goldie’ began pursuing her. Unable to bear his harassment, she returned to her maternal home in Rae Bareilly. But Goldie reached Rae Bareilly in her pursuit and somehow convinced her to return with him to his home in Panipat.

She then came to know that Goldie was not a Hindu but Muslim. Following this revelation, when she refused to marry him he attacked her with a knife injuring her thigh. He even threatened to commit suicide. As per her statement, even his parents pressurized her to marry him and the three forcibly took her to a madrassa where they solemnized the marriage in a nikah ceremony.

She has also said that her husband is an addict who compelled her to have sexual relations with his friends in order to earn money. On refusal, her mother-in-law would threaten to throw her into the river while her husband told her that he would disfigure her face using acid. He also tried to strangulate her several times.

She was also beaten during her pregnancy. She mentioned her entire ordeal including the physical torture suffered by her as well as being forced by her husband into sexual relations with his friends in exchange for money to one of her employers where she works as a house-maid.

It was her employer who took her to the police station and got her to register a case. She had registered a police complaint regarding domestic violence earlier too but her husband Nizamuddin had forced her to sign a settlement.

On the basis of her statement, three people including her husband have been booked under the sections of rape, assault, unnatural sex and other crimes of the Indian Penal Code. The matter is currently under investigation.