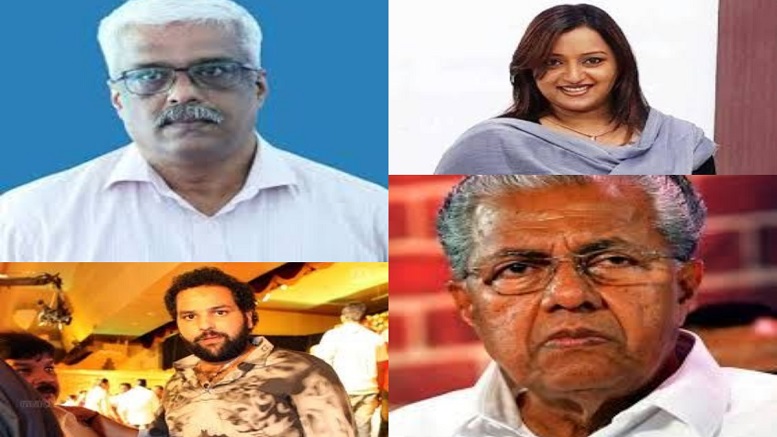 Following close on the heels of a gold smuggling controversy, the Kerala branch of Communist Party of India (Marxist) or CPIM leaders are now linked to drug scandal in Kerala. According to reports, the party secretary Kodiyeri Balakrishnan’s son is allegedly involved in the scandal. Bineesh Kodiyeri is the younger one of Balakrishnan’s two sons.

Link between gold smuggling and drug scandal in Kerala

KT Rameez based out of Malappuram in Kerala has been alleged to be the mastermind of the gold smuggling network using the diplomatic route. He was arrested along with his local accomplices including Swapna Suresh and Fazil Fareed in early July. They had been on the run and were finally arrested from Bengaluru.  They have all been charged under the UAPA by the NIA which is investigating the whole saga.

The Kerala Chief Minister of Kerala, The Speaker of Kerala Assembly, and a Cabinet Minister are all allegedly linked to his network. The mafia had links in the UAE from where the gold was being smuggled to Kerala. Rameez is also a close relative of a leader of Indian Union Muslim League (IUML).

According to reports, Rameez had earlier tried to raise money to finance his gold smuggling from the drug racket which ultimately led to the information getting leaked and his racket got busted. It is alleged that Rameez avenged his arrest and gave up information on the drug smuggling racket. This, in turn, led to the arrest of three drug dealers. On the 27th of August Narcotics Control Bureau (NCB), sleuths arrested Mohammed Anoop, Ravindran, and an actress named Anikha from Bengaluru. The NCB seized MDMA pills and cash from the accused.

Mohammed started peddling drugs around seven years ago from his hometown of Kochi. Kochi is also the base of the Kerala film industry. He had shifted his operations to Bengaluru last year. The trio admitted to dealing and selling drugs to foreigners, students, and members of the film industry in both Karnataka and Kerala.

The IUML which allegedly had a share in both the drugs and gold smuggling business has accused CPM of being involved in the drug business. PK Firoz, the youth wing secretary of the IUML accused Bineesh Kodiyeri of attending a party near Kumarakom with Mohammed.

Mohammad reportedly disclosed to the NCB that he was being financed by Bineesh. Bineesh is also learnt to have admitted that both he and Mohammed were family friends. He said that Mohammed had borrowed money from him multiple times,  but denied knowing anything regarding drugs. It is now being alleged that Bineesh is Mohammed’s “Benami/front” and that Mohammed is just a carrier and a dealer. The ultimate beneficiary of the whole racket is apparently Bineesh.

Curiously, phone call records revealed that after a lull of many weeks, both Mohammed and Bineesh had contacted each other multiple times since June 30th, after the gold smuggling ring was exposed. They also spoke to each other 26 times on July 10th when Swapna was arrested from Bengaluru. This is a serious circumstantial evidence against them.

Bineesh, who is also an actor, had contacts in the Malayalam film industry. Like his elder brother Binoy Kodiyeri, Bineesh too has fraud cases registered against him in the UAE following which he cannot travel to Dubai without getting arrested.

He found that Kerala provided him a huge market to ply his trade. He apparently acted with impunity, while using his father’s powerful public image. No doubt he knew that any criminal cases against him will be dragged ad infinitum and never reach their logical conclusion. Infact the progress of the case in past few months makes one wonder if the process has not already began.

Why the slow pace of investigation?

Even with multiple agencies probing different angles of the case, not much progress has been made for the past couple of months. The NIA, ED, and the Customs Department are all involved, and yet not even one single large fish has been arrested, except probably Rameez. Even Rameez was arrested since he already had multiple gold smuggling cases registered against him in the past and also since probably higher-ups in the CPIM felt that he was no longer indispensable.

There are allegations that urban Naxals who have infiltrated the ranks and file of the government machinery and are helping the accused. When the gold smuggling scandal had come to light, a Customs Officer Aneesh P Rajan had said that none from the Chief Minister’s office had contacted Customs to get the gold released.

When it was proven that the Chief Secretary M Sivasankar himself had contacted customs, he was suspended and the customs official in question was merely transferred to Nagpur airport. Sivasankar still roams free even though there is ample proof of his involvement with Swapna Suresh.

Recently 3 pages of Swapna’s confession were leaked by the Customs Dept out of a total of 25 pages. This led to the questioning of a journalist associated with a local TV channel called Janam TV by the NIA.  Janam TV is a news channel that is not anti-Hindu like most other Kerala channel. This leak led to Janam TV management asking the journalist to stay away until his name gets cleared. It was learnt that the journalist had called Swapna professionally as part of his research from his editors desk. This seems to be an effort to deter journalists from looking too closely in the progress of the case.

There are also allegations that Customs, local police, and the local crime branch are part and parcel of this smuggling ring. This may explain why this racket worked for years without any big arrests. Even the ones that were arrested at airports are allegedly the victims of inter-gang rivalry amongst smugglers.

The NIA had asked for CCTV footage of the Secretariat at Trivandrum to investigate Swapna’s presence there. The same was denied initially by the State Government. They did receive the same this week, but only after a team personally visited the office during the Onam holidays.

Even then they were able to procure footage for only the last three months against the one year period that they had originally asked for. When one considers the same against the backdrop of Swapna’s arrest, the usable footage would be worth a mere 30 days and that too during a time of lockdown which makes it look that certain officers are putting deliberate hurdles in investigation of the scandal.

What was even more suspicious was that the files in the protocol section in the Secretariat caught fire on the 25th of last month. This is the very same section that handles documentation regarding foreign trips undertaken by Pinarayi Vijayan, his family, and the likes of Sivasankar and Swapna Suresh. This looks like an effort to destroy evidence and sabotage NIA investigation.

Offices catching fire is not new to either Pinarayi or Bineesh. Many years back, on the 2nd of February 2005, a local magazine editor and his office were attacked by CPM goons at Kozhikode. TP Nandakumar, the editor of Crime Magazine had tried valiantly to bring to light political discrepancies like the infamous SNC Lavalin and the Kiliroor Cases.

Whereas the SNC case was a corruption case involving Pinarayi Vijayan, the Kiliroor case was a sex scandal involving many VIPs, including Bineesh, allegedly raping a minor girl. Nandakumar, who had shown the courage to publish the details, and his staff were beaten up, tortured and their office was set ablaze. That mob attack was allegedly led by Vijayan’s current son in law, Mohammed Riyas. Riyas was arrested and had to undergo a 25 days jail term for this assault. The evidence thus destroyed saved both Pinarayi and Bineesh.

It seems that the the next generation in the CPIM is now ready to take over the reigns of corruption, gold smuggling, sale of drugs, etc. from the old one. The involvement of its political leaders like Bineesh in latest drug scandal has yet not become a national news. With the iron grip of party over bureaucracy and the influence over media the CPIM is likely to sabotage the investigation. It is high time the issue is raised with full force in the national media and CPIM forced to cooperate with the investigations.