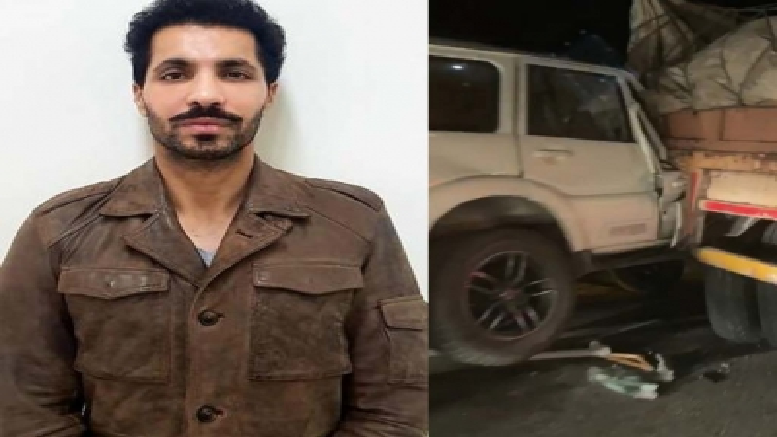 Punjabi actor-turned-activist Deep Sidhu, who had been named in connection with the violence at Red Fort in Delhi on Republic Day last year, died in a road accident near Delhi on Tuesday.

The 38-year-old actor was active in the farmers’ protest against the three now repealed Central farm laws.

The accident took place on the Kundli-Manesar-Palwal (KMP) Expressway that bypasses the national capital. Sidhu was going from Delhi to Bathinda in Punjab when the car in which he was travelling rammed into a trailer truck at 9.30 p.m., the police said. His woman co-driver escaped in the accident.

Sidhu was declared brought dead at the Kharkhoda hospital in Haryana’s Sonipat district.

On January 26 last year, Sidhu was seen amid the crowd that reached the iconic Red Fort by violating the planned route of the proposed farmers’ tractor march, and was accused of provoking the protesters to instal a Nishan Sahib, a symbol of Sikh religion, on its ramparts.

Belonging to Muktsar’s Udekaran village in Punjab, Sidhu’s family had left the village in the 80s. His father was an advocate who practised at Gidderbaha.

In a Facebook live from the Red Fort, Sidhu, who was once known for his proximity to actor and BJP MP Sunny Deol, was heard saying after he was accused in the violence: “We have only hoisted the Nishan Sahib flag on the Red Fort while exercising our democratic right to protest.”

He had also said that the national flag was not removed from the flagpole at the Red Fort and that nobody raised a question over the country’s unity and integrity.

In another video, Sidhu could be seen fleeing from the Red Fort on a bike.

Sidhu, along with gangster-turned-social activist Lakha Sidhana, were named as the main accused in the January 26 violence in Delhi.

Sidhana is a gangster-turned-politician who was acquitted in several cases before he contested the 2012 Assembly polls as a candidate of the People’s Party of Punjab, once led by Manpreet Singh Badal, who is currently the Finance Minister in the Congress government in Punjab.

Farmer leaders had, in fact, distanced themselves from both Sidhu and Sidhana and blamed them for inciting violence.

However, Sidhu, blaming the farmer union leaders of taking decisions without consulting the people and defending himself, said in one of his videos: “I am seeing that false propaganda and hatred is being spread against me.

“Thousands of people had reached there (the Red Fort), but no farmer leader was present there. Nobody indulged in violence or damaged any public property. They put up the Nishan Sahib and a farmer flag at the flagpole to register their protest,” he had said.

“Many people were carrying Nishan Sahib flags, farmer flags and the tricolour. If you say by doing so I have turned traitor, then those who were present there were traitors too,” Sidhu had said.

On the farmer union leaders calling him an RSS man, Sidhu had said that only a truthful person would be able to hoist a flag at the Red Fort.

“You’re calling me an RSS man, a BJP man. Will an RSS man put the flag atop Red Fort? Think about it. Will a Congressman be able to do so? No. Only a pure and truthful person will do so. By calling one person a traitor, you are referring to the whole crowd,” he had said.

Born in 1984 in Punjab’s Muktsar district, Sidhu, who was associated with the agitation against the three contentious farm laws, studied law. His first Punjabi movie, ‘Ramta Jogi’, was released in 2015. His second movie, ‘Jora Das Numbria’, which released in 2018, was a hit.