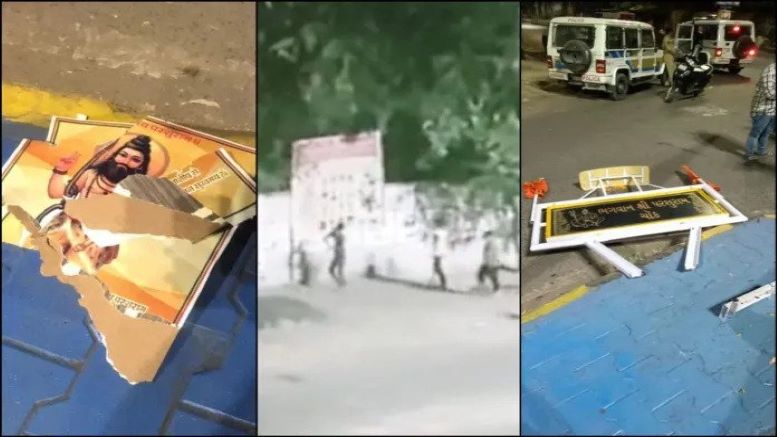 Miscreants tore down banners of Bhagwan Parshuram in Gujarat’s Ahmedabad ahead of the Parshuram Jayanti celebrations. They also reportedly damaged the Bhagwan Shri Parshuram Chowk signboard in the city’s Vasna area.

The incident took place in the early hours of Tuesday morning. The vandals not just attacked the image of Bhagwan Parshuram with sticks but also tore four banners that had been put up near the image. CCTV cameras captured the incident.

Speaking to OpIndia, Hitesh Trivedi, President of Ahmedabad district of Shri Samast Gujarat Brahmasamaj said that a police complaint in this regard has been lodged. Trivedi said that on the occasion of Parshuram Jayanti, they had organized a function at Ambaji temple near Jivraj Park, Vasna. At around 2:30 AM, they all finished their work and went home. At around 3:30 AM they got a call that some miscreants were vandalizing the posters.

The police arrested four miscreants at around 9 am on Tuesday. One of the accused is a juvenile. Trivedi informed OpIndia that after the celebration of Lord Parshuram Janmotsav, the miscreants would be brought there and would be made to apologize in public.