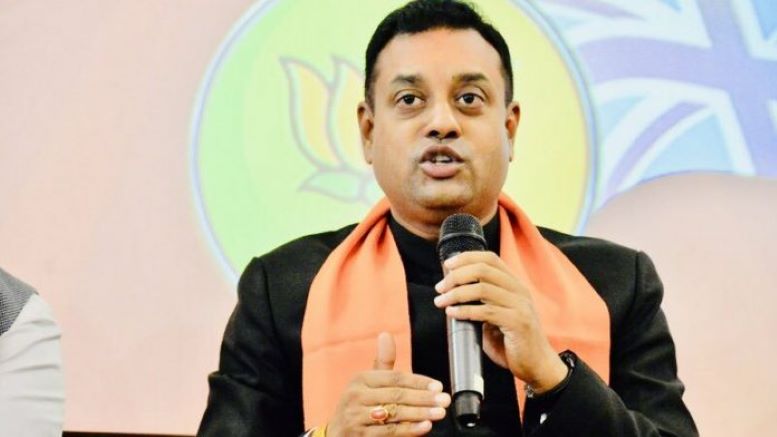 BJP Spokesperson Sambit Patra’s Congress toolkit tweet was flagged as ‘manipulated media’ by the social media (SM) platform Twitter which once again has brought out the platform’s bias in the open. There is no doubt that leftist tech companies such as Twitter and others are attempting to oust PM Modi in 2024 like they booted out President Trump by suppressing rightists. Such attack on rightist voices is only set to rise in the run-up to 2024 Loksabha polls.

Twitter has been indulging in undue manipulation of the narrative in Bharat for some time now. The tech major has also been at odds with the Bharatiya government and had even snubbed the latter. IT Minister Ravi Shankar Prasad had even threatened action against the SM platform in his Rajya Sabha speech earlier. While Twitter shows little regard for the Bharatiya government, it has conveniently attempted to shield Congress in the toolkit case.

Congress toolkit asking its leaders and supporters to use the pandemic to tarnish the image of PM Modi and undermine the central government came to light recently. Among several things, the toolkit suggested ways of maligning the sacred Hindu religious gathering Kumbh Mela and blocking beds in ‘friendly hospitals’ that were to be released to Congress.

Congress labeled the toolkit ‘fake’ and wrote to Twitter regarding the same. The tech major, which regularly ignored communication and warning from the Bharatiya government, immediately sprung into action and marked BJP spokesperson Sambit Patra’s tweet as ‘manipulated media’, a modus operandi it had used with then US President Donald Trump before permanently banning him.

The Bharatiya government had also conveyed its objection to Twitter over flagging tweets by BJP leaders as ‘manipulated media’. Twitter, however, chose to turn a deaf ear to the Union government and went on to extend the label to five other BJP members as well.

Ministry of Electronics and Information Technology issued a statement on Friday stating that they have conveyed their ‘strong’ objections to Twitter with regards to the ‘manipulated media’ tag. Further, the ministry asserted that Twitter has taken the decision to flag tweets unilaterally without waiting for police to determine the veracity of the toolkit.

Twitter’s unilateral action is certainly suspect and it has to be viewed in the background of the SM platform restoring accounts of anti-nationals who ran the trend #ModiPlanningFarmerGenocide even though there was no truth and basis to this claim. Importantly, an SM platform has no business taking ‘action’ when law enforcement agencies are investigating the matter.

Considering that the US has a penchant for regime changes to suit itself, the hand of the USA in attempting a regime change using Twitter can also not be denied.

In this regard, OpIndia has pointed out American history of regime changes:

The USA, of course, has a history of conducting ‘regime change’ operations around the world wherein it attempts to subvert a ruling government it perceives to be inimical to its interests and substitute it by planting a more docile government in power that will be conducive to its interests.

In extreme case scenarios, the USA attempts it by using its military might, as we have seen in countries in the Middle East. But in situations where it is not possible, they attempt to do so by unleashing the might of its economic power and also through collaboration with local NGOs that receive funds from abroad. The Colour Revolutions are well known.

The USA also uses its corporate might to influence policy abroad. It might say that the corporates are private entities but there is a great collaboration between companies based in the USA and the government and the collaboration is enough to blur the differences between the state and the private sector.

The relationship became further evident during the US Presidential Elections in 2020 where private entities openly admitted that they engaged in a ‘conspiracy‘ to ensure Joe Biden’s victory. It is only natural that they did so only because they expected something in return from the incoming Biden administration.

Undeniably, Twitter and its CEO are left-leaning, and therefore, they along with Facebook had resorted to blocking right voices during the US elections. The micro-blogging site is now attempting to influence Bharatiya elections and undoubtedly, PM Modi is on their radar.

The role of an SM platform is to allow people to voice their opinions. Platforms such as Twitter and Facebook among others cannot and should not be allowed to toy with the nation and its interests. Bharat and its citizens and not Twitter or Facebook would decide its future.

Twitter should be dealt with strictly in the interest of Bharatiya democracy. It is important that the Union government sends a stern message to tech organizations by making an example out of Twitter.