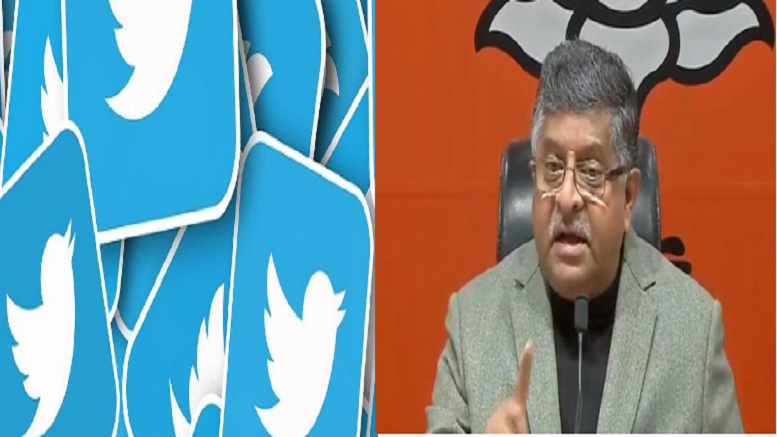 The tussle between Twitter and the Union government reached its zenith on Thursday with a firebrand speech in the Rajya Sabha by IT Minister Ravi Shankar Prasad cautioning the micro-blogging platform to pay heed to the law of the land — raising the pitch beyond issuing notices and social media posts.

The war of words has been going on for over 10-15 days and we have seen a letter trail, social media outcries (latest example being Koo) and an “unusual” Twitter blog post but no stern action has been taken by the government to date.

Legal experts argue that if the government can ban several Chinese apps including giants like TikTok and PUBG, why can’t they act on US-based tech giants, and the government does not even need a data privacy law like the EU GDPR (General Data Protection Regulation) to find a way to penalise Twitter if they have strong reasons that the company has repeatedly failed to comply with its directions.

Twitter says it cannot suspend of block nearly 1,435 accounts specified by the government as it “does not believe that the actions it has been directed to take by the IT Ministry are consistent with the Indian law and violates fundamental right to free expression”.

Prasad replied in Rajya Sabha: “There is freedom of speech but Article 19A says that this is subject to reasonable restrictions”.

According to Virag Gupta, the lawyer of former RSS ideologue K.N. Govindacharya, who is arguing the social media Designated Officers’ matter before the Delhi High Court, said that the IT Ministry can take action as per their “will power”.

“They have banned Chinese apps under the existing legal jurisprudence so that can take down the social media platforms too,” Gupta told IANS.

‘Buy why only Twitter? Why not WhatsApp that was embroiled in the Pegasus spyware controversy and Facebook that let Cambridge Analytica happen that compromised millions of Indians’ data too?” he asked.

The government can initiate action for suspension or blocking of intermediary apps or websites if they fail to comply with its directions.

“As per Section 69A (3), there is provision of seven years’ imprisonment and fine,” Gupta reiterated.

“In that direction, appropriate FIRs can be registered against intermediaries and service providers and their top management can also be made liable for the said contravention under Section 85 of the Information Technology Act, 2000,” said Pavan Duggal, one of the country’s top cyber law experts.

The government can exercise its power under the Section 69(A)(1).

In case, any service provider or intermediary fails to comply with the provisions of the same, then there are penal consequences prescribed under Section 69A(3). Non-compliance with directions for blocking is a non-bailable serious offence punishable with imprisonment for a term which may extend to seven years and shall also be liable to fine.

However, till today, we haven’t seen any reported conviction under Section 69(A)(3) of the Information Technology Act, 2000 in the public domain.

It is to be seen which direction the whole Twitter-India saga will go from here on, in the absence of a strong data protection law.