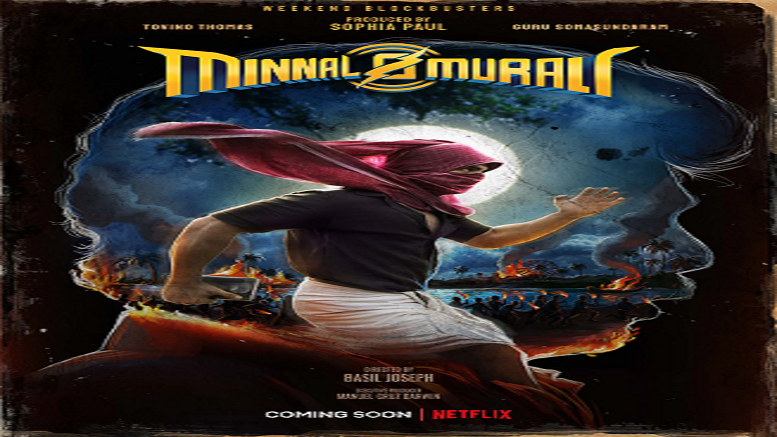 I bet you missed the Hindu hatred in the movie Minnal Murali. Minnal Murali is being applauded as the best Bharatiya superhero movie of 2021, but the movie, directed by Basil Joseph, is laden with subtle symbolism that create hate for Hindus.

Shibhu’s love interest Usha is shown as a woman of loose character. The entire village is dominated by Christians, and all the good characters are from one religion (you would have guessed it by now).

Usha is shown to be a woman who got pregnant by a truck driver at young age and ran away with him. She then returns back, and is chased by all men in the village. Her brother Das, tries to set her up with a rich guy from the village. Notice the Krishna photo in the scene.

Bad characters in the movie are Hindu, and the good ones are Christian. Christian symbolism denoting the good. Notice the photos on the walls of hospital, you wouldn’t find a Hindu God’s picture. The subtle messaging of ‘Jesus Saves’ is to be seen on good scenes while the Satan is Hindu is to be seen on certain scenes.

Shibhu, the evil guy, wakes up with Suprabhatam. Technically the messaging seems to be the Satan is woken up to the sounds of Suprabhatam, a sacred hymn of Hindus used to wake up Sri Rama/Maha Vishnu. Do you think this is a mere coincidence?

Conclusion: The director has deliberately given the movie a Saviour vs Satan theme, where Christians are saviours and Hindus are the Satan. What beautiful way of displaying bigotry and hate for other religion and make the audience like the movie!