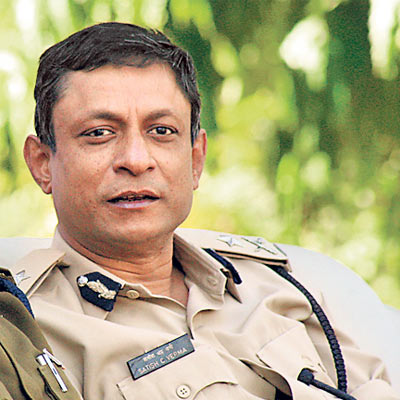 The one qualification that ensures instant coverage and hero worship in Bharat’s MSM (mainstream media) is being anti-Modi.

It does not matter whether you are a crazy conspiracy theorist like IPS Officer Satish Verma or Delhi CM Arvind Kejriwal, or an over-hyped youth/student leader like Kanhaiya Kumar or Hardik Patel. As long as you spew venom at Modi, our media will love you and build you up as an anti-establishment fighter.

A Senior Assistant Editor with The Hindu, Vijaita Singh, tweeted this today –

This was immediately retweeted by ace Modi-baiter Shekhar Gupta, a veteran media man who was Chief-Editor for Indian Express (when IE published the fantastic ‘coup’ story), before moving on to India Today Group, and who recently launched ThePrint, a news media start-up.

He's been brutally victimised since he dared to defy the powerful in Gujarat. That history, however, may colour his claims on this "scam." https://t.co/oZayLXdgun

An IPS officer who claims that he is being victimised for unearthing a corruption scam, and a top media professional empathises with him for ‘daring to defy the powerful in Gujarat’ (a codeword for Modi’s term as CM of Gujarat from 2001 – 2013) …any normal person would shake his head in disgust and cheer for the police officer, right?

So here is a discredited police officer with a murky past, who is doing what he does best – make outlandish allegations targeting his bete noire – Modi and BJP – this time through Union Minister of State for Home Kiren Rijiju…and the media laps it up. So, what else is new?

Just recently, ex-Air Chief SP Tyagi arrested by CBI for accepting bribe in the AgustaWestland chopper scam has named ex-PM Manmohan Singh’s office for involvement in the scam. Every man, woman and child in this country knows that Manmohan Singh did nothing without the explicit consent of the real power centre in UPA-1 & 2 – Congress President Sonia Gandhi.

Sonia Gandhi and Congress leaders like Ahmed Patel, Oscar Fernandes have been NAMED in an Italian court judgement for accepting the commission of €15 to 16 million (Rs. 120 – 125 crores) from the middlemen.

Has any media worthy tried to get Sonia Gandhi’s views on the AgustaWestland case?  All you will hear from the media fraternity if you ask this question is an eerie silence.