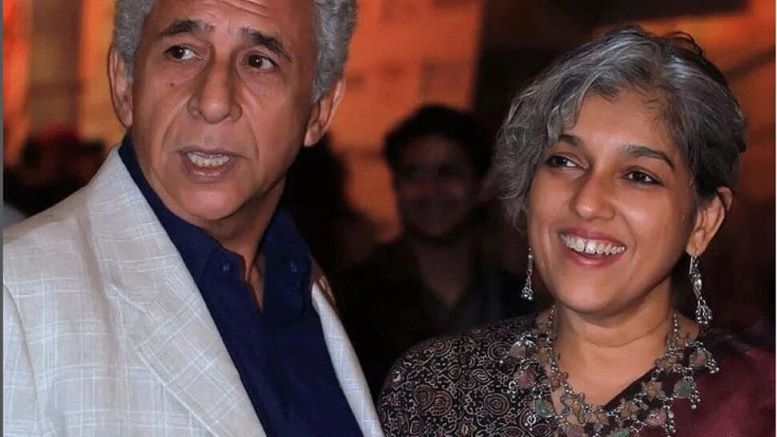 In her interview with PinkVilla, entertainer Ratna Pathak Shah alleged that India is becoming a conservative society like Saudi Arabia. She even targeted the Hindu festival of Karwa Chauth and opined she finds modern educated women observing the fast ‘appalling’.

“Our society is becoming extremely conservative. I feel that very strongly. We are becoming superstitious, we are being forced into accepting and making religion a very important part of one’s life. Suddenly everyone’s talking about, ‘Karva Chauth ka vrat nahi kar rahe hai aap?’ (Don’t you observe Karwa Chauth fast?). Till today no one has asked me this, last year was the first time someone asked me about it. I said, ‘Pagal hun main?’ (Am I mad?) Isn’t it appalling that modern educated women do Karva Chauth, praying for the lives of husbands so that they can have some validity in life”, Shah questioned.

Furthermore, she alleged India was going conservative and cited kundali and vastu ads as an example. She also compared Nithyananda and Dabholkar, implying the former was ‘enjoying’ life while the latter is yet to get ‘justice’ after being killed in broad daylight.

“Every single silly, old Guru from under every rock has jumped out and everyone’s flocking to them. Is this the sign of modern society, where a rationalist like Dabholkar gets killed in broad daylight and nothing can be done about it. His trial is still going on, and nothing will be done about it”, Pinkvilla quotes Shah.

Ratna Pathak Shah would do well to know that fasting on Karwa Chauth is by choice. Most liberals and HINOs find Karwa Chauth regressive but keep boasting about observing Ramzan fast. The cabal has a deep-rooted hatred for Hindu Dharma.

Her husband, Naseeruddin Shah, is an Islamist apologist and repeatedly has revealed his Islamist face. Shah had earlier opined that cows are more valued than humans in Bharat. He has often ranted about ‘intolerant’ Hindus and spewed venom against the country, especially after Narendra Modi became the PM. Incidentally, Shah was one of the ’eminent persons’ wanting terrorist Yakub Memon to be pardoned and had petitioned the President for the same.

Ratna Pathak Shah opined that Bharat was turning into Saudi Arabia, a country where women don’t even have fundamental rights. Let alone celebrations, women have to comply strictly to dress codes. The country also has a male guardianship system. This is an abusive system under which women face systematic discrimination and are exposed to domestic violence.

Human rights violations are rampant, and fake blasphemy charges are easily clamped. Readers may recall Harish Bangera was forced to spend two years in a Saudi jail after Islamists got him arrested on fake blasphemy charges. On the other hand, Bharat is the only country where the ‘majority’ is constantly under attack, both literally and figuratively.

Hinduphobia runs deep in Bollywood, be it on-screen or off-screen. Kajol was giving water conservation lessons this Holi. Priyanka Chopra wanted people to celebrate crackerless Diwali as it makes life difficult for asthma patients. All such gyaan is reserved for Hindus, while festivals such as Eid and Christmas are about celebrations.

The fasting and puja of Karwa Chauth are dedicated to Maa Parvati, the chief deity of this festival. These days even some men observe fast. The fasting on Karwa Chauth is done not only for the well-being and long life of the husband but also for the sons, grandsons, wealth, and everlasting prosperity of the family. Hindu Dharma is all about celebrating life, both familial and societal.