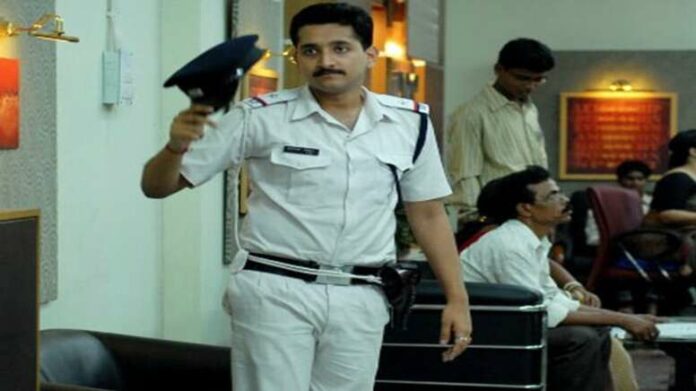 Popular Bengali actor Parambrata Chattopadhyay, through a wordy Facebook post written in Bangla, has tried to whitewash the recent and ongoing anti-Hindu pogrom in Bangladesh .

Resorting to weak whataboutery, the actor who mainly works in Bengali television and movies, unabashedly tries to liken the treatment of Muslims in Bharat to the premeditated mass violence against Bangladeshi Hindus by Islamists which started on Ashtami of Durga Puja after a fabricated incident of Quran ‘desecration’.

For those not familiar with the Bengali entertainment industry, let us highlight that this actor had played the role of the police officer in the Vidya Balan starrer, “Kahaani” in 2012.

The actor begins his 750-words-long post by saying that he is not very regular on Facebook, but today he had to come online to address the multitude of pictures of ransacked Durga Puja Pandals of Bangladesh being shared on Facebook since Navami morning. He stated that it will be unfair to colour the entire country with the same perception based on a few ‘isolated incidents’ in some parts of the country (Bangladesh).

He then talks about his spot boy named Nasir Gazi who ritualistically wishes him on all five days of the Durga Puja starting from the day of Panchami. Nasir, claims Parambrata, does that every year and wishes him on Bijaya as well. If Parambrata forgets the date of Saraswati Puja, Nasir, he adds, reminds him. Whenever he goes outdoors for shooting, Nasir informs him about the local temples of tourist interest.

When his mistry Sanoyar Ali calls him on the morning of Navami, he first wishes him Subha Navami and then talks about other works, reads the post. Parambrata has several Bangladeshi friends who are posting pictures from the Durga Puja Pandals of Bangladesh and they all are Muslims. Numerous Pooja committees of Bengal have Muslims in their key positions.

Parambrata states that those who are translating these few ‘isolated incidents’ in Bangladesh as countrywide attacks on the Hindus are guilty of inciting violence through their narrative.

He goes on to explain how secularism works, putting most of the responsibilities on the Hindus and praising the Muslims for already embracing those values.

As a Bengali actor, Parambrata is dependent on his Bangladeshi Muslim audience to a great extent to run his household, hence he cannot afford to rub them up the wrong way. We understand this. However, what we don’t understand is his baseless equating of the treatment of Muslims in Bharat to that of the Hindus in Bangladesh.

On the other hand, due to repeated pogroms in 1950, 1964, the genocide in 1971 (2.4 million Hindus killed out of the total 3 million Bengalis massacred by Pakistan Army and Islamists), and the institutionalized persecution they continue to face, the Hindu population in Bangladesh has been reduced to 8.5% today, from 22% in 1951.

Bringing in a Muslim maid, taxi driver, liftman and now spot boy etc. has been a usual tactic of liberal-secular celebrities to establish through their decorated posts how ‘secular, peaceful and vulnerable’ the Muslim community is.

No one questions the existence of good individuals in all communities. One can even be generous and not question the veracity of such stories smartly woven to support a certain narrative. To trust these personal anecdotes is up to the readers’ discretion, but one can’t deny that a personal anecdote doesn’t represent the norm. Personal anecdotes are, more often than not, only exceptions, not rules.

Further, while the popular Bengali actor draws a false equivalence between the two minorities in the respective countries, we are still looking for similar reports of mass attacks by fanatic Hindu mobs on Muslims during Eid or Ramzan, ransacking Muslim neighbourhoods, raping Muslim women and children or tearing down mosques. But West Bengal did recently witness a horrific anti-Hindu post-poll pogrom by Islamists and other TMC supporters.

There are also multiple incidents of Muslims attacking the Ram Navami procession and Durga Puja celebrations in various parts of Bharat as well.

By upholding ordinary Muslims they may know personally as paragons of virtue, our seculars end up giving a free pass to the lakhs of Islamist organizations, madrassas, mosques, professionals who spew venom against ‘kafirs’ and ‘idol-worshippers’ day in and out.

Spending most of their waking hours in performing fictional roles, it seems members of the entertainment world have forgotten to draw the line between what is real and what is not, and hence they try to uphold their contrived stories as reality.

But their audience, many of whom bear the brunt of Abrahamic aggression and intolerance, are not as delusional as these actors are. Hence, the people of Bengal reacted strongly against Parambrata Chattopadhyay’s post that is far from reality and the actor received a major backlash in the comments section on his frivolous attempt at whitewashing the gruesome anti-Hindu pogrom in Bangladesh.