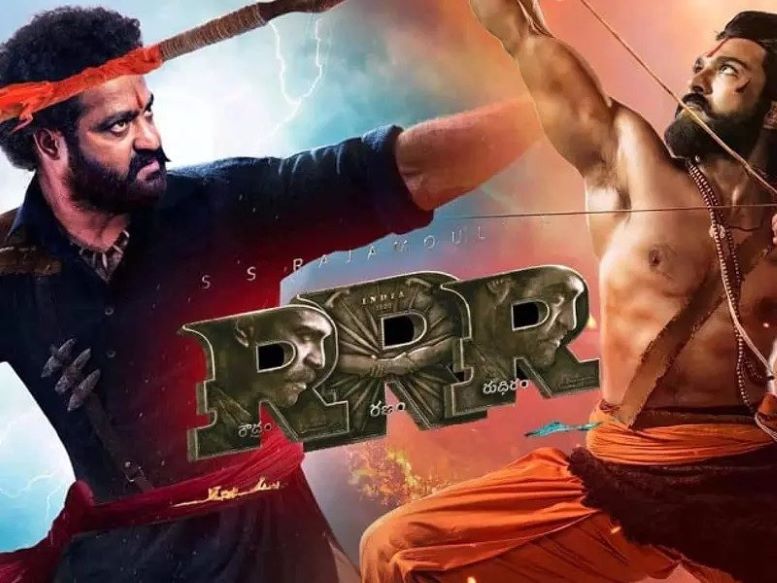 Bahubali director SS Rajamouli’s latest offering RRR has riled not just the secular-liberal Indian media cabal and sympathizers of the British Raj but their British counterparts too. Robert Tombs, Cambridge University History Professor and author of This Sovereign Isle: Britain in and out of Europe, writes that the portrayal of British ‘villains’ is ‘unusually nasty and at the same time amazingly silly’.

Why is Tombs wrong?

At the outset, he calls the portrayal of British officials ‘unusually nasty’. “RRR is set in the 1920s, when India was still in the British empire. The villains are British. No surprises there. But the portrayal of the two main British characters, ‘Governor Scott’ and his wife, is unusually nasty and at the same time amazingly silly. To portray British officials and soldiers roaming the country casually committing crimes is a sign of absolute ignorance or of deliberate dishonesty”, he says.

An apt response to Tombs’ baseless allegations comes from the movie’s director. In an interview, director SS Rajamouli says, “I will not say what I have portrayed is historically correct or accurate, there are several liberties I have taken. But, in general, there are stories more heart-wrenching than what I have shown…I didn’t want a history class but wanted to raise emotions”. Rajamouli has taken historical characters and weaved a story portraying nationalist pride. It is the nationalism portrayed that has irked the author.

He also conveniently transfers the guilt for the atrocities committed on Bharatiyas from British officers who wielded power to Indians who were part of the civil service. “The Indian civil service – the highest ranks of the administration – were regarded as an incorruptible elite, highly selected and dedicated to their jobs. In any case, in the 1920s, many of them were Indians: in 1929, there were only 894 British officials in the ICS. So viewers of RRR will have to imagine Indian colleagues and indeed Indian superiors sitting back and allowing rogue Brits to commit murder”, the article says.

“That an Indian should rule Europeans, and that it should be to an Indian they looked for the maintenance of peace and order and for the administration of justice, criminal and civil, is unthinkable. The stability of the administration is due to its being English, and any threat to that stability would not be borne”, said Civil Servant H Fielding-Hall explaining why Indians were never placed in positions of authority.

“We have played such an important role in the world over the last few centuries that we have accumulated enemies as well as friends. In many nationalist myths, we are cast in the role of villains. It is a way that quite a few countries make up heroic stories about themselves”, Tombs writes in an attempt to whip up sympathy.

The Raj’s only important role was sucking colonies dry of their wealth. The drain of wealth deeply impacted Bharat. Besides diverting enormous wealth from Bharat to Britain, wealth drain made Bharat dependent on Britain’s foreign investment, borrowings, and services. The Raj also ensured the destruction of domestic companies and their competitiveness.

“That is not to say that there is nothing to regret. Almost every conversation about the British Raj sooner or later mentions the Amritsar Massacre in 1919, when a squad mainly of Gurkhas commanded by a British officer opened fire on an illegal demonstration. Several hundred people were killed. Yet this was regarded at the time as a unique and shocking atrocity. Churchill condemned it in parliament. The officer responsible was sacked. But priests of the Golden Temple in Amritsar (the holiest Sikh shrine) thought he had done the right thing and made him an honorary Sikh”, writes Tombs in an attempt to absolve the British.

“Dyer tried to win over the Sikhs as best as he could. He forced the manager of the Golden Temple, and Sunder Singh Majithia, to use their influence over the Sikhs, in favour of the government. As a result, priests of the Golden Temple invited him to the sacred shrine and presented him with a Siropa (turban and sword)”, Kushwant Singh says about the ‘honorary Sikh’ incident in his book History of the Sikhs, 1839 to 2004. It must also be mentioned that Arur Singh resigned from the office and held a meeting at Jallianwala Bagh to give a public apology in August 1920.

He also comes up with the usual leftist ‘taxi driver’ type argument when he quotes random Indians approaching him to ‘practice English’ instead of being hostile. “I have stood on the spot where the massacre took place, with feelings readers might easily imagine. Some young Indian men came up to me. I was expecting at least a reproachful comment. But they just wanted to say hello and practise their English. I mention this because hardly any British person who has been to India – and I have been half a dozen times to as many different regions – can have experienced hostility arising from the memory of British rule. Usually the opposite is true”, Tombs writes.

“But the worst result will be in India. RRR panders to the reactionary and violent Hindu nationalism that is coming to dominate Indian culture and politics, fanned by the Modi government. Those who suffer from this are not the British, but Indian minorities, above all Muslim but Christian too, and indeed any liberals who stand up against extremism, persecution and bigotry. In reality, RRR does not record the nastiness of 1920s British rule, but it does reflect the growing nastiness of today’s India. Netflix should be ashamed for promoting it”, concludes Tomb.

The actual agenda of dissing RRR comes through in the last paragraph of the article. The aim is to portray Hindus as intolerant and use the usual red herring of ‘Hindutva’. The casual manner in which he slips into Hinduphobia can hardly be missed. Tombs equates Hindu Bharat with British Raj when it is the Hindus who are subjected to all forms of atrocities.

On the one hand, Islamists are baying for Hindu blood; on the other, Christian evangelicals are culturally bleeding the so-called majorities of Bharat. A hostile & largely Hinduphobic section of the judiciary, anti-Hindu media, and secular state only make life difficult for Hindus in their native land.

If Robert Tombs finds RRR difficult to handle, he can choose not to watch it. He has no business painting Hindus as villains and certainly not at the cost of facts at a time when Hindus grapple with Islamist extremism and are under siege.