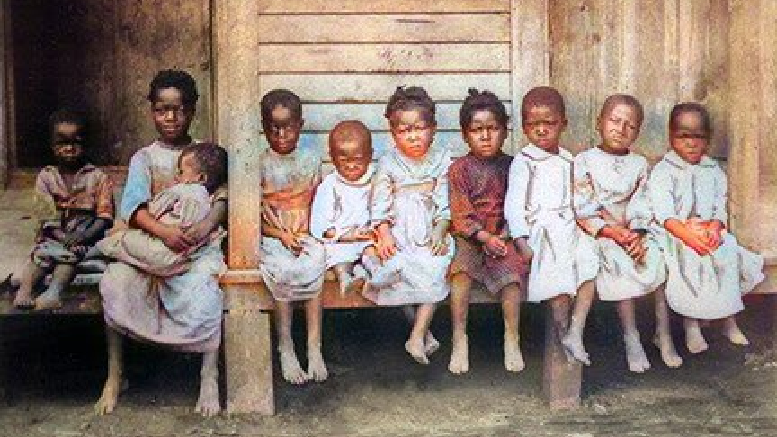 To combat the high rate of death among slaves, plantation owners demanded females start having children at the age of 13. By the age of 20, the enslaved women would be expected to have about five children.

An enslaved woman was a sex tool beneath the level of moral considerations. She was an economic good, useful, in addition to her menial labor, for breeding more slaves. To attain that purpose, the master mated her promiscuously according to his breeding plans.

The Master, his son(s) and other members of his family took turns with her to increase the family’s fortune and to satisfy his extramarital sexual desires. Guests and neighbors were also invited to this luxury.

As an inducement, plantation owners promised freedom for enslaved female once she bore 15 kids.

Also The brutal enslavers also castrated Black males and use black females for gynecological research all while not providing them with anesthesia.

J. Marion Sims, “the father of modern gynecology” purchased Black women slaves and used them as guinea pigs for his untested surgical experiments.

He repeatedly performed genital surgery on Black women without anesthesia because according to him, “Black women don’t feel pain.”

Anarcha, one of those women, was an African-American slave woman who was forced to regularly undergo surgical experiments while positioned on Sims’ table, squatting on all fours and fully awake without the comfort of any anesthesia.

It would be more than appropriate to credit Anarcha, along with other nameless slave women, as the “mothers of gynecology.”

Slave masters also had sex farms where they would rape black men, women, and children. The raping of Black men was called buck breaking. Marriages among the African slaves were also not recognized by their white enslavers.

This article has been compiled from the tweet thread originally tweeted by AFRICAN & BLACK HISTORY (@AfricanArchives) on June 29, 2022.